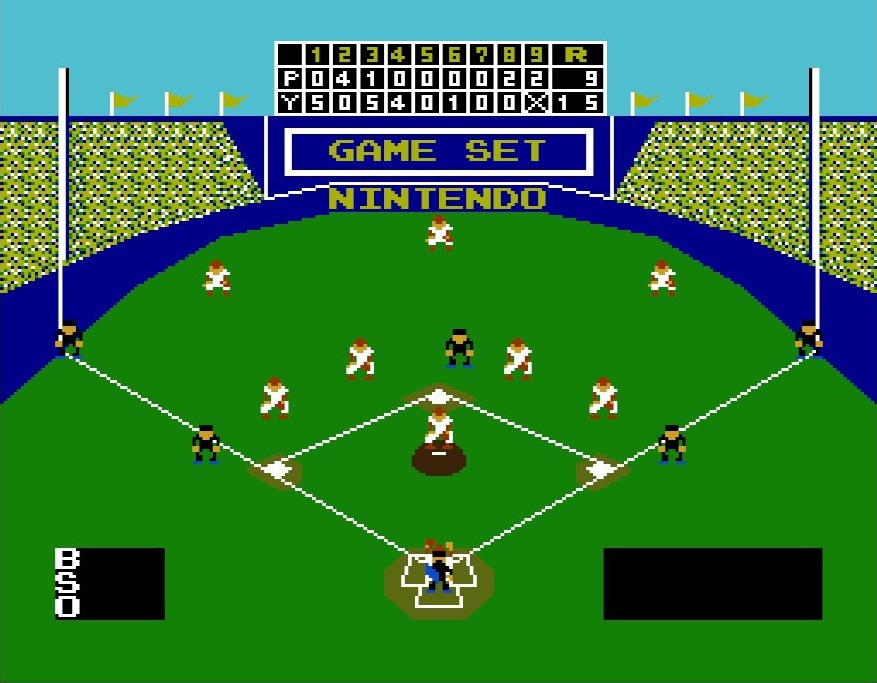 Baseball was one of the NES's more popular launch titles because, well, it's baseball! A baseball simulator, no matter how primitive, was bound to be a success. But man is it primitive.
My first encounter with Baseball was in the fantastic NES Remix for the Wii U, in which you complete mini-game challenges, like hitting a home run. That was fun, but playing a whole game of NES Baseball is another matter. There is just so little to it.
In particular, you can't even control the fielders. When pitching, you have to wait for a computer-controlled player to get the ball. Sometimes the outfielder closest to the ball just gives up pursuing it and turns back, leaving it to a farther-away player! Because the tiny, faceless, identical sprites don't change sizes regardless of their depth from the "camera," they often appear to be barely moving. Once someone finally gets the ball, you can control which base he throws it to.
You can control pitching and batting well enough, and also whether to have the players on base advance or turn back. This is enough to make the game somewhat enjoyable. Still, it's hard to see why anyone would want to play it today. On the NES alone, more than a dozen more sophisticated baseball sims were released, such as the popular R.B.I. Baseball and Baseball Stars.
The game has no background music while you play, and grating, beeping sound effects. If you do want to play this game for some reason, your enjoyment will directly depend upon how you like playing baseball simulators and how tolerant you are of playing ancient video games in general. And you'll probably have more fun playing against a human opponent instead of the computer. 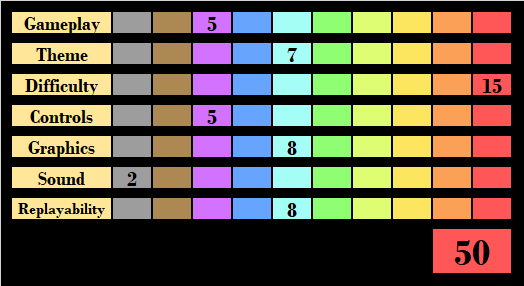 Grade: F
Linked Reviews
"While, slow, the game is by no means broken; players will likely be satisfied when they finally get the hang of throwing the ball to basemen and gaining points over the other team."
—Lee Meyer, Nintendo Life, 6/10
"This is a cute game, and I know many have fond memories of it since it's probably the first NES sports game many owned, but the fact of the matter is that it's just not that good."
— Pat Contri, Ultimate Nintendo: Guide to the NES Library, 2/5
"A mostly deprecated but nevertheless pivotal moment in video game history."
—Jeremy Parish, NES Works