Dragon Buster: It's a bust 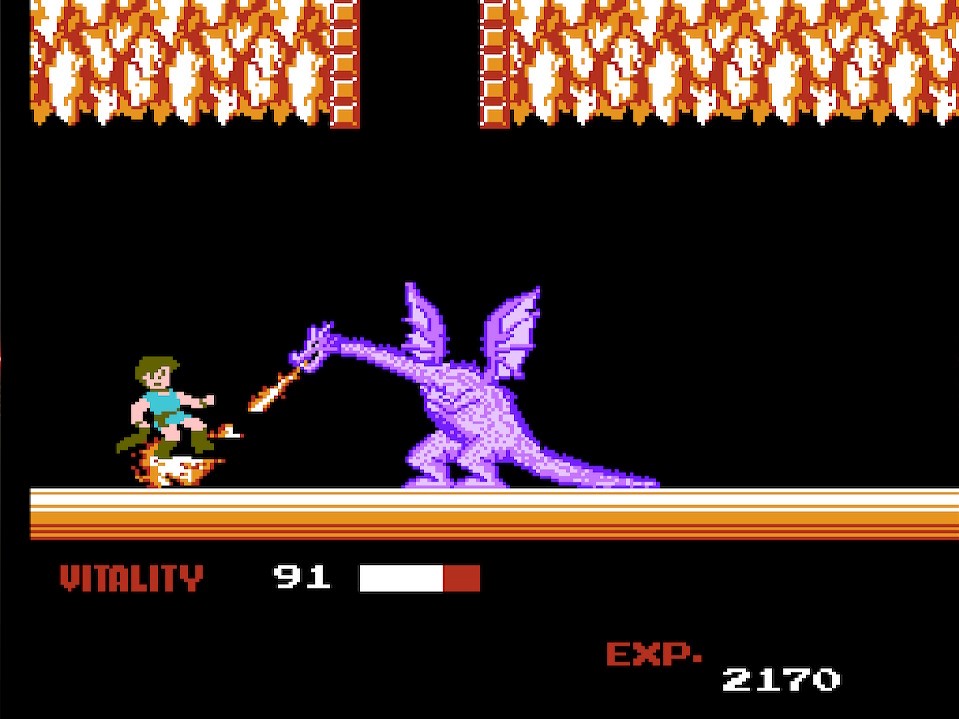 On paper, Dragon Buster sounds like a great Japanese arcade game: a side-scrolling dungeon crawler in which you (a boy named Clovis) slay monsters and wizards and collect potions, jewels, scrolls, and other treasure. But when I actually played it, I was disappointed.

The stages (dungeons) are made up of hallways, monster rooms, elevators, and a few drops and ledges. Smaller enemies roam the hallways, but each room contains a big monster to fight, such as a Golem or the hilariously-misnamed Bishop, who is an ax-wielding fighting-man. When you defeat it, you collect an item, then continue on your way. In a certain room, defeating the monster will produce an exit instead.

Some of the stages are labyrinthine. There are a total of twelve worlds (maps), and you have some choice of which dungeons to do. In the last dungeon of each map, you have to fight a fire-breathing Dragon. Each one has a different weak point that flashes red. The number of dungeons on each map varies greatly, from just one to eleven. Even as I write this, it still sounds like a great concept, but the game itself is dull and repetitive.

As for Clovis, besides the various magical attack items he picks up, he can swing his sword and also thrust downward with it, which is quite effective. He can also double jump, but it requires an immediate double tap. Pressing A again mid-jump does not work. In RPG fashion, he has a life ("vitality") meter instead of lives. 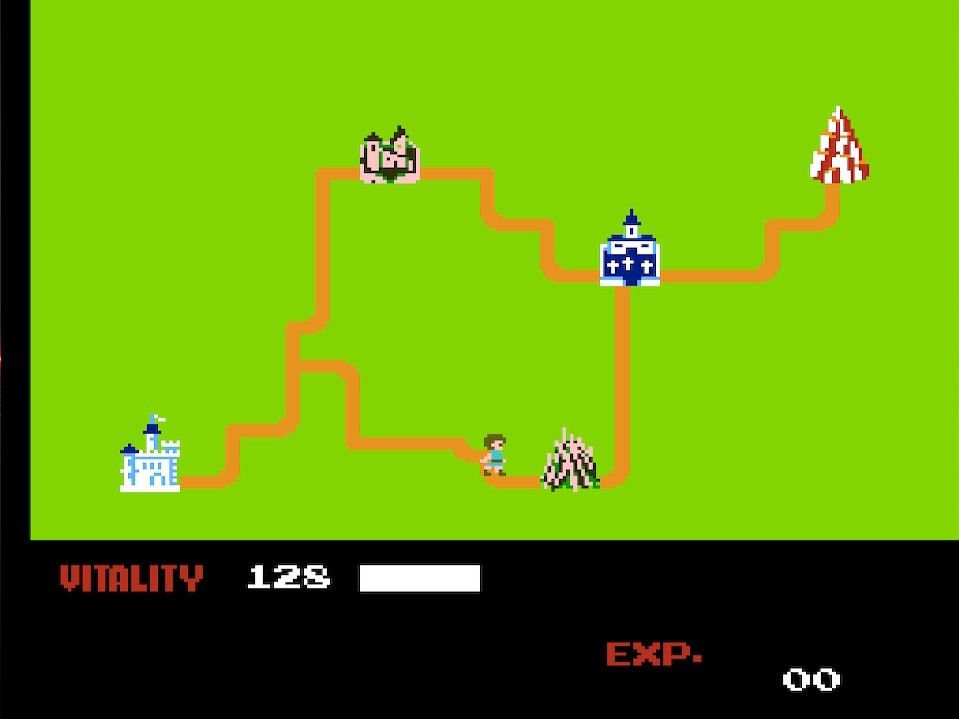 Interestingly, the Famicom port sought to improve upon the original (which I've never played). Most notably, it nearly doubled the number of items from eleven to twenty. It added a rod that shoots a lightning bolt, an amulet that turns all enemies on the screen into stone, a chalice that teleports you out of the dungeon, and a diary that lets you continue, among others. It also added four new enemies: the Spider, Thief, Ghoul, and Rock (based on D&D's roper). Surely these additions improve the game, despite the graphical step down.

Several aspects of this game remind me of the later Zelda II: The Adventure of Link. The two games look similar and share many elements: a kind of overworld map, side-scrolling dungeons with multiple levels, a downward stab, and sword combat. These are all implemented much better in Zelda II, however, which also adds more RPG elements, such as towns, clues, and spells.

Maybe I just suck at the game, but I found the monster fights, especially against the Dragons, difficult. Granted, it's pattern-based, so with some practice anyone can learn to overcome any monster. I just didn't have enough fun to want to invest that time replaying the first two worlds over and over, trying to improve. The reward for completing a dungeon is going to another dungeon that feels basically the same. True, the layouts and colors change, but it's the same enemies and items all game.

To be fair, this is an early arcade game, so of course the levels just repeat. I think I was just taken in by the game's potential as an RPG dungeon crawler (in the Famicom version, points are even called "Experience") and was disappointed when it turned out to be so primitive. I will say that I enjoyed it more than Pac-Land, whose engine it uses. 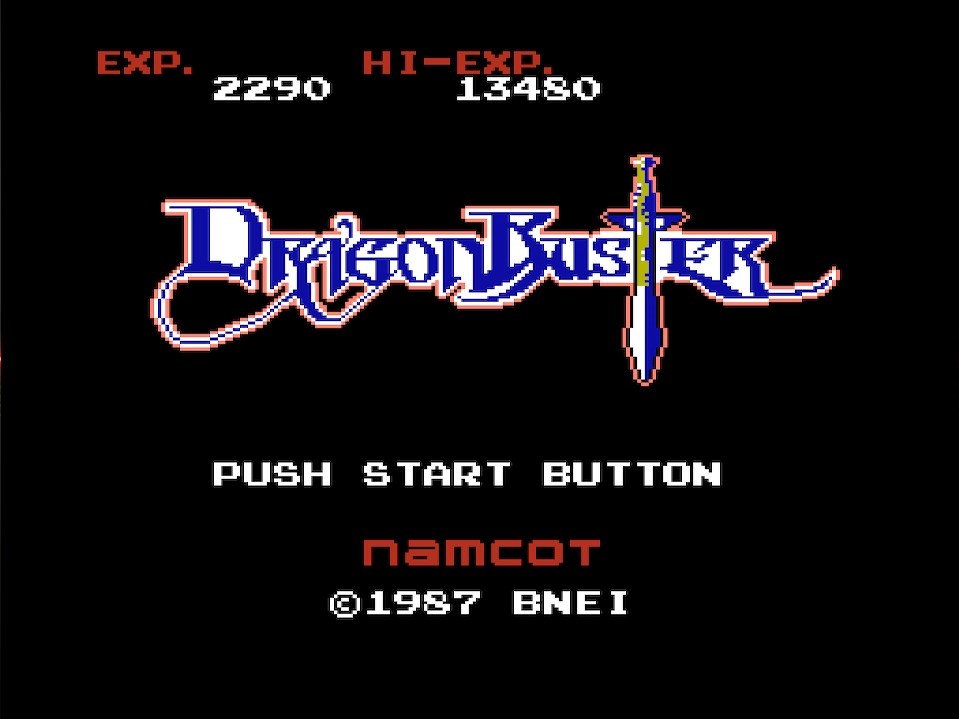