Excitebike: Not that exciting 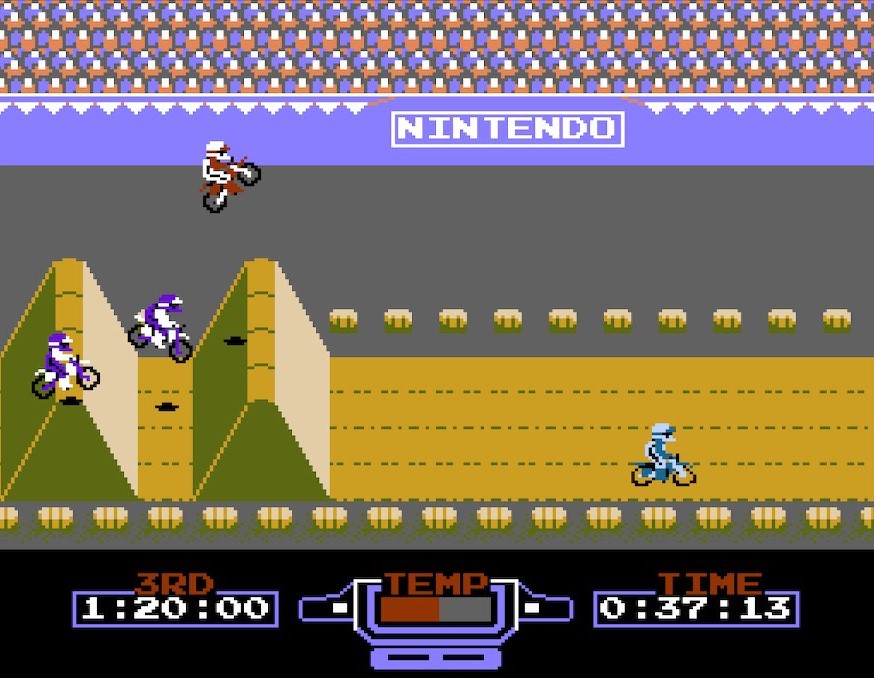 Excitebike is a beloved NES launch title. It was one of the 30 games included on the outstanding NES Classic. It even has a level in Mario Kart 8 Deluxe! But does it hold up well today?
First the good news: the concept of racing off-road motorcycles (motocross) still works, and the controls are simple and smooth. This alone ensured Excitebike would be a hit in 1985. You hold A to go at normal speed, or B at turbo speed (but don't let the engine overheat!). Tracks have hurdles and rough patches to avoid, as well as speed boosts. When going over a ramp, you press ↑ to tilt the bike up for extra height. When you land, you need to make the bike's tires even with the ground or it will crash and the rider will fly off. If this happens, he scrambles to get back on the bike, costing you several seconds.
Regrettably, there is no two-player mode. You either play solo ("Selection A") or against computer-controlled racers ("Selection B"). Mode A is good for practicing the tracks because you don't have to worry about crashing into other racers. In Mode B you can deliberately knock down the other bikers by turning right in front of them. Both modes are fun, and you can even design a track of your own and then race on it in either mode! Overall, Excitebike is a well designed game.

Now for the bad news. The biggest problem is the game has only five tracks. Just five! That is too few. Oh, I'll just design my own then, you say? You can only save one at a time, and it vanishes as soon as you you turn off the system. Battery-powered saving was still three years away. (Today, of course, you can use save states on the NES Classic or Switch.) 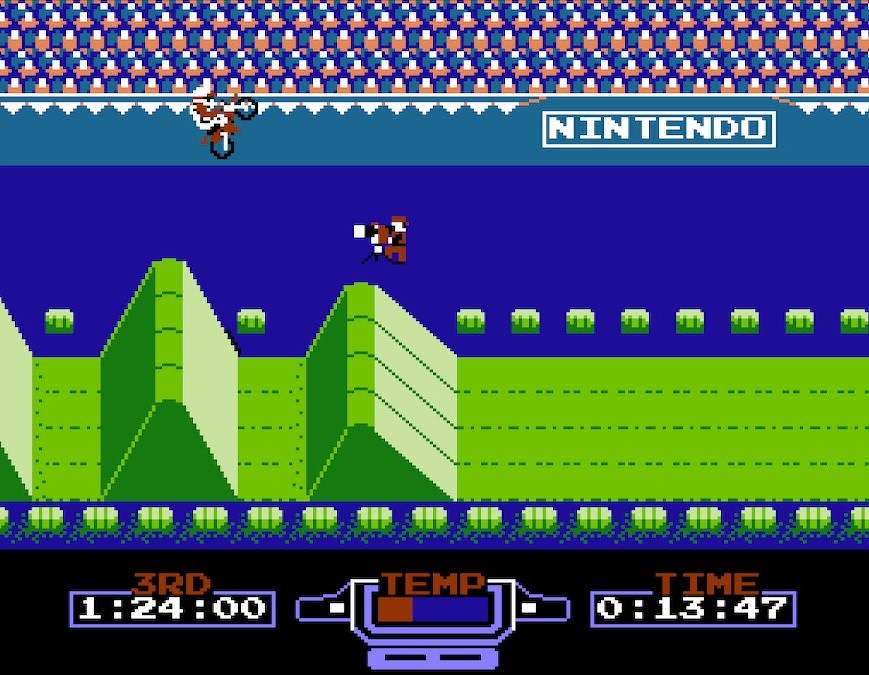 Another weakness of the game is that you don't actually race against the computer-controlled racers in mode B. Rather, they come and go onto the screen at random without continuity. Ostensibly, you need to get at least "third place" to successfully finish a race, but this is a fiction. The "places" are determined strictly by how long you took, with no correlation to the racers.

Worse still, there is no music to go with the five different tracks (they use different color palettes, at least). Adding good, unique music to each track would seriously improve this game!

Don't get me wrong: trying to master the five tracks is fun, but unless you're really into track design, that's all you can get out of this game. Still, because of what it does right, especially judged as a launch title, Excitebike is a fine game. 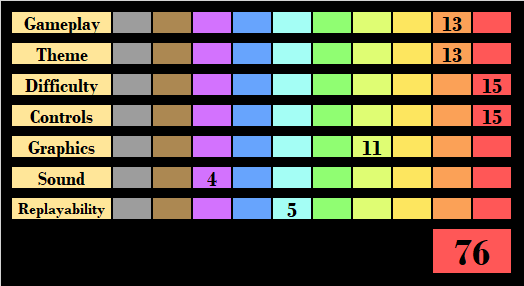 Linked Reviews
"It may not be the longest ride, and it’s definitely not perfect, but it’s a classic nonetheless and at least deserves a look."
— Dave Letcavage, Nintendo Life, 7/10

"Everything from the goofily fun intro theme to the cutesy graphics of the racers and the audience made this a flag-bearing title which helped buoy the system in its precarious early existence in the U.S."
— Pat Contri, Ultimate Nintendo: Guide to the NES Library, 4/5

"Excitebike distanced itself from the pack by offering truly addictive motocross gameplay."
— IGN, #14 of Top 100

"The game remains a landmark NES classic, and a good time even if you’re not much for racing."
— Jeremy Parish, NES Works 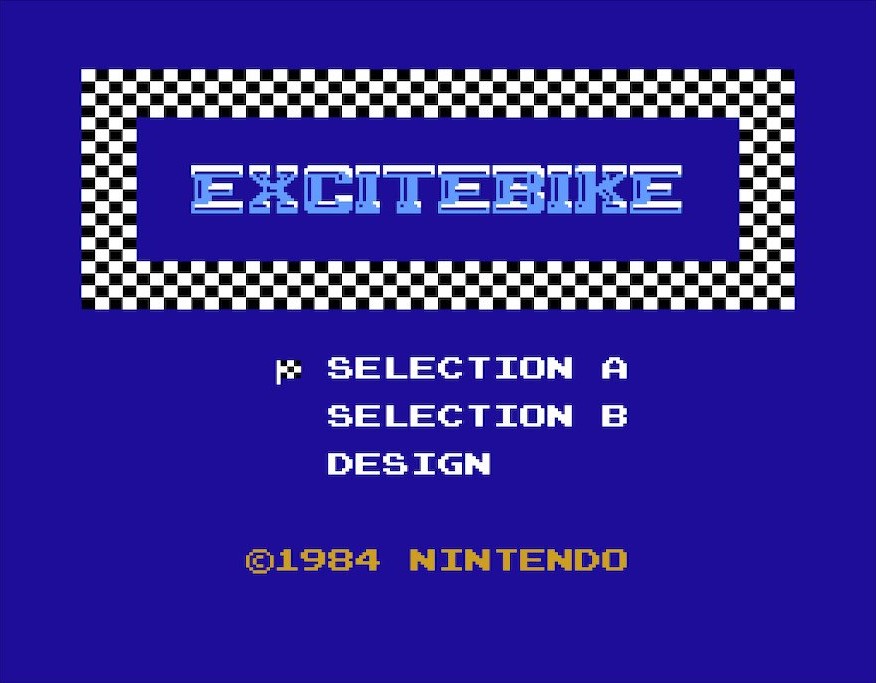