Hogan's Alley: It's no Duck Hunt 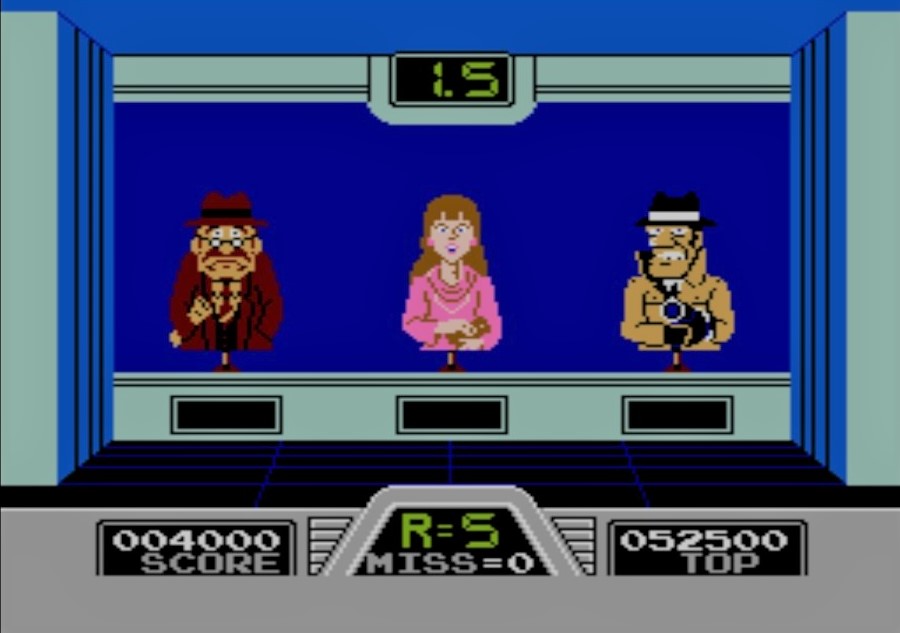 I once played Hogan's Alley in a Chuck E. Cheese's (back when it was primarily an arcade). Years later, I sought to buy an NES copy, but never found one. Well, I have finally fulfilled that childhood wish (albeit on Wii U Virtual Console, using the Wii Remote). But after two decades, it was a bit of a letdown.

Hogan's Alley launched alongside fellow "shooting gallery" games Duck Hunt and Wild Gunman. I'm sure I wasn't the only one who found the idea of shooting bad guys on my TV appealing. As in all these early arcade-style games, you can choose between multiple modes. In Game A, you have a certain amount of time (sometimes less than a second!) to shoot the bad guys from a line-up of three. There is always at least one good guy (Lady, Professor, and Police) that, if you shoot, counts as a miss. Ten misses and you're done. Pretty simple, and not especially engaging. 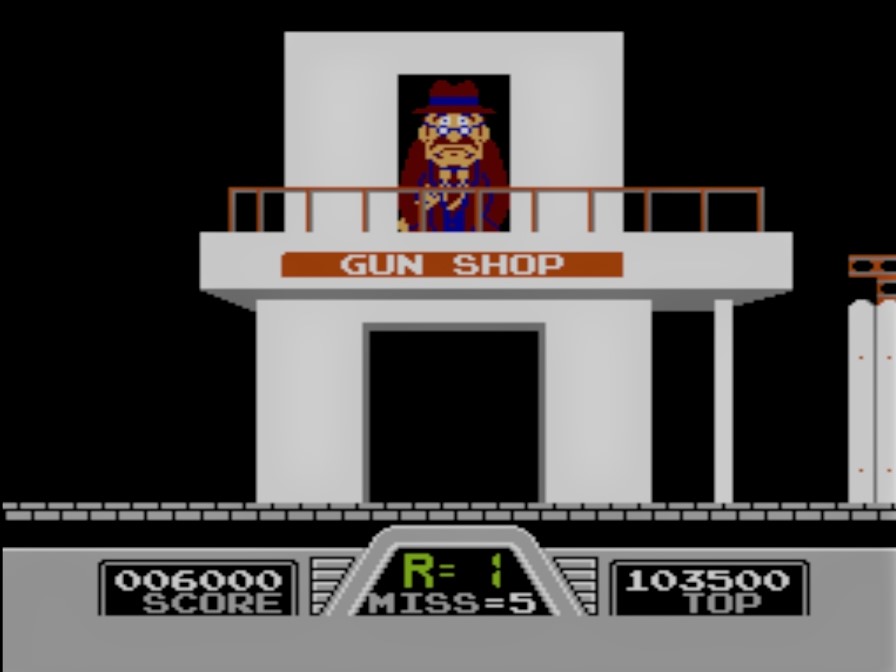 In Game B, you are in the eponymous Hogan's Alley (police shooting range), which includes a gun shop, construction site, and building with four big windows. Carboard cut-outs pop out in certain positions and remain on screen for a shorter or longer period of time. Sometimes two come out almost at the same time. When you finish a complete sweep of the alley, you start over again at a faster speed. After every two rounds, the color palette changes. Ten misses (or hits of innocents!) and you're out.

Game C is shooting cans. They don't sit on a fence but slowly fly through the air. When you shoot a can, it bounces up into the air and then continues arcing downwards. The goal is to get them to the left side of the screen, where there are three slots. The top slot is worth 300 points, the middle 800 points, and the bottom a whopping 5000 points. Once you let ten cans fall out the bottom of the screen, you're done. This mode is surprisingly fun. I quickly got 100,000 points, but it's hard to consistently prevent the occasional can from dropping, inching you ever closer to Game Over. 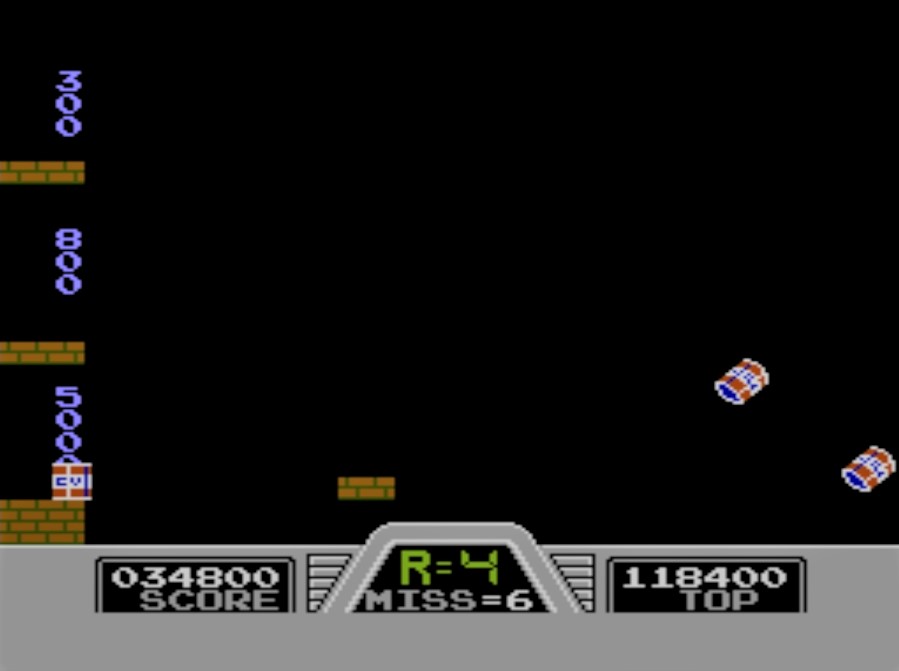 As cool as Hogan's Alley is, I tired of it more quickly than Duck Hunt. In that game the ducks move around unpredictably. In Hogan's Alley, the positions are fixed. Especially in mode A, the game is all about reflexes: how quickly can you identify whether it's a good guy or a bad guy? Can you do it in less than 0.8 seconds? Duck Hunt, in contrast, is pure shooting. Can you shoot the ducks before they fly away? This is more enjoyable, especially if your reflexes aren't so good. If nothing else, you can shoot at the ducks wildly! 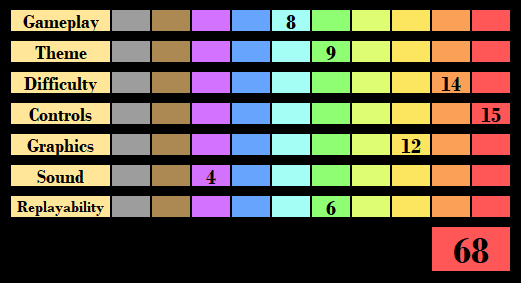 Linked Reviews
"Unless you see yourself trying to beat your highscores a whole lot, Hogan's Alley really doesn't have a whole lot going for it."
— Marcel van Duyn, Nintendo Life, 5/10

"While not the deepest experience, this is a fine Zapper diversion, which shows off some nice early NES sprites and the early, fun tone of the system."
— Pat Contri, Ultimate Nintendo: Guide to the NES Library, 3/5

"Perhaps the most interesting thing you can say about it is that a year after the NES’s mainstream release in the U.S., the FBI opened a target training facility called Hogan’s Alley that closely resembled the game’s Mode B."
— Jeremy Parish, NES Works 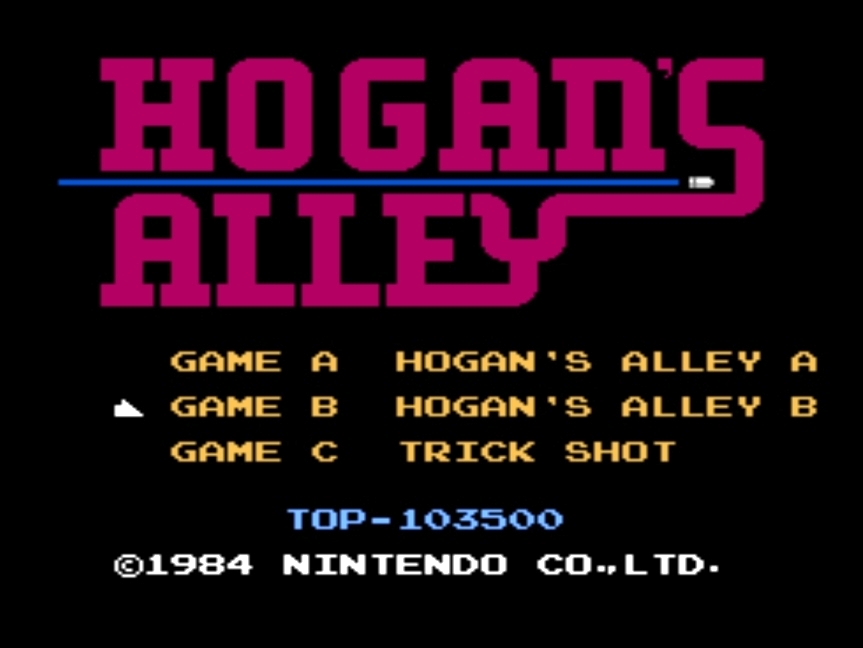