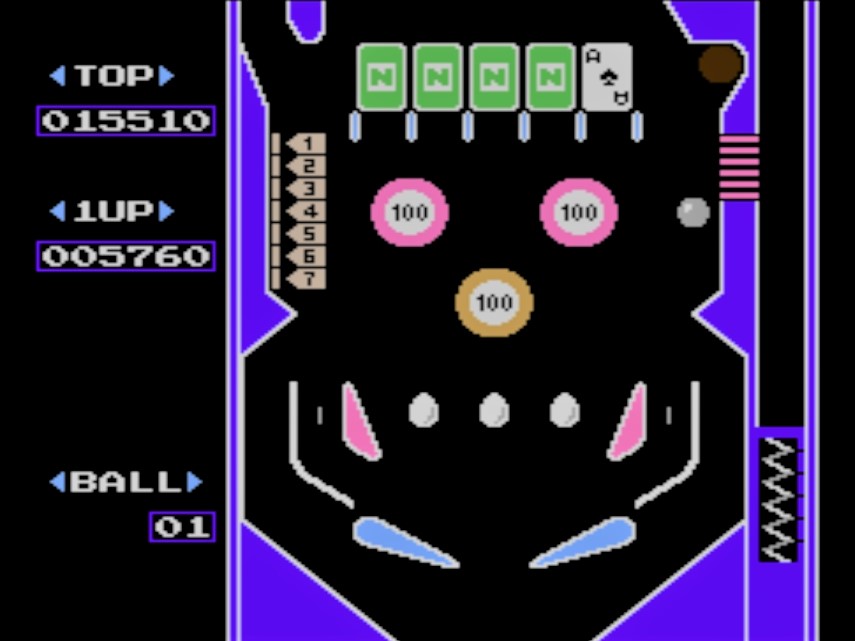 I owned both Pinball and Pin-Bot as a kid, both given to me by my dad. The latter was more interesting, but I'd sometimes play Pinball just for the simplicity of it. The fun never lasted long, and it's no more enjoyable today.
Pinball has a top screen and a bottom screen, so as to simulate a full-length pinball machine. The most engaging part of the game is the bonus stage. Whenever the ball goes into the hole on the bottom screen, the screen switches to a bonus area. Now you control Mario, who carries a girder over his head to keep the ball up as it bounces around furiously. Pauline—nowadays the mayor of New Donk City—paces overhead. Keep the ball alive long enough, and the floor below her will open up and she'll fall. If Mario catches her and guides her safely to the ledge, you'll hear a triumphant tune and gain 10,000 bonus points.
The rest of the game is standard pinball features, with bumpers, poker cards, and a slot machine. They're fine but unremarkable. It took me about five minutes to see everything Pinball has to offer. Once you've rescued Pauline, what more is there to do? The only replayability is trying to set a high score.
There are two game modes: in mode A the ball is somewhat floaty, whereas in B it has realistic weight, which I think is more fun because it's harder. As with other NES launch titles, there's no background music. When you turn the game on, a short jingle plays, which repeats every few games, and that's it for music.
Pinball is a well executed, albeit rudimentary, facsimile of a pinball machine. Obviously this was meant to bring the arcade experience into your home, and it does that as well as could have been expected in 1985. This game is either relaxing or boring; your mileage may vary.
Linked Reviews
"Nothing here is bad, in fact, the game functions quite well; it's just repetitious, lacking variety and overshadowed by better options."
— Dave Letcavage, Nintendo Life, 5/10
"Fans of pinball should look to get their fix elsewhere. I know Pinball is a launch title, but come on."
— Pat Contri, Ultimate Nintendo: Guide to the NES Library, 2/5
"The smooth animation, responsive controls and physics, and great table and bonus design add up to an excellent package that holds up quite nicely more than 30 years later."
— Jeremy Parish, NES Works 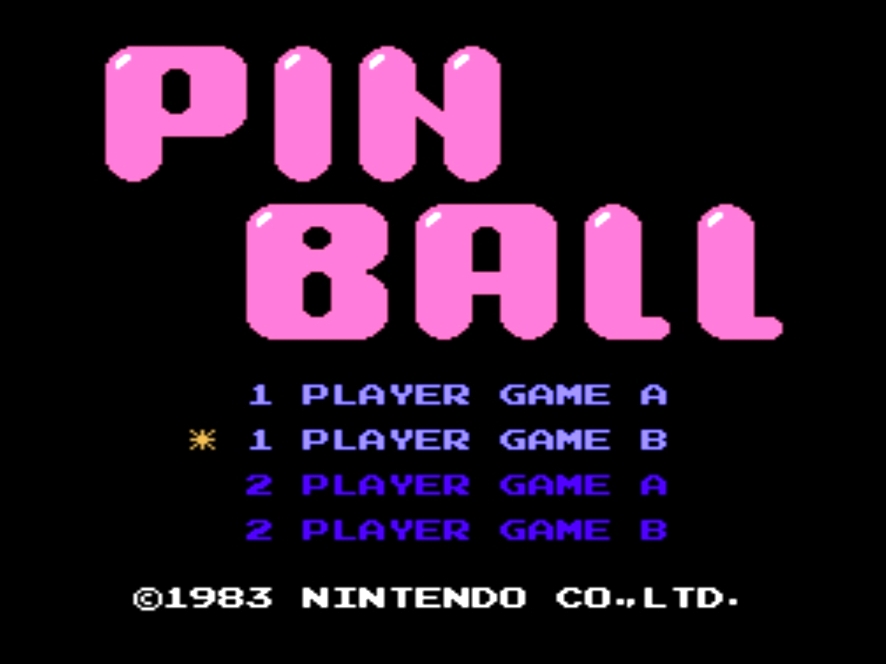