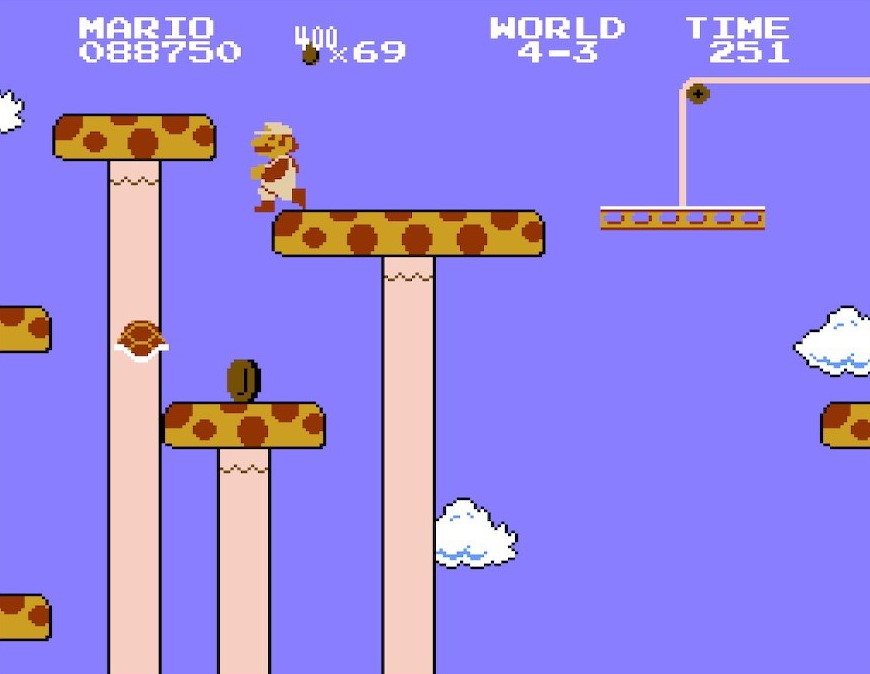 There's no better place to start reviewing classic Nintendo games than with the original Super Mario Bros. for the Nintendo Entertainment System (NES). My wife got me the new Super Mario Bros. Game & Watch for Christmas, and the first thing I did with it was play through all 32 levels of Super Mario Bros.
I've played this game so many times since I got my first NES as a young child that it's a breeze now, more muscle memory than anything else. And once you've played Super Mario Bros. 35 on Switch and had to fight off screens absolutely full of Lakitus, the original seems absurdly simple!
Super Mario Bros. is the first NES game I ever played, around the age of 5. And 35 years later, it's lost nothing of its original splendor and joy. I hope I won't offend any Atari fans, but I've always felt that games from that era (before the crash of '83) don't hold up today in the same way that some NES games do. Maybe that's nostalgia-induced bias and in reality it's a clean spectrum of video-game evolution, but I don't think so. For one, if that were true, the NES would not have been able to single-handedly re-launch the industry. The level of sophistication that the NES brought was truly a sea change. To me, every new system since the NES has seemed more or less incremental, with the possible exception of the move to three dimensions in the mid-90's.
Super Mario Bros., designed by the legendary Shigero Miyamoto, is almost flawless. The other NES launch titles, like Tennis, feel primitive by comparison. Of course, that's because they go back to 1983 and early '84, when they launched on the Japanese Family Computer (Famicom). In contrast, SMB was state-of-the-art, having hit the Famicom just weeks before the NES launched in October, 1985.
The two main elements that make Super Mario Bros. a timeless classic are the controls and level designs. The controls are so smooth you have almost complete control over Mario's movements. Jumping around, stomping enemies, and pounding blocks is a pleasure. This contrasts sharply with all previous platformers, like its own predecessor arcade game, Mario Bros.. Even good games like Castlevania feel clunky next to Mario's butter-smoothness. 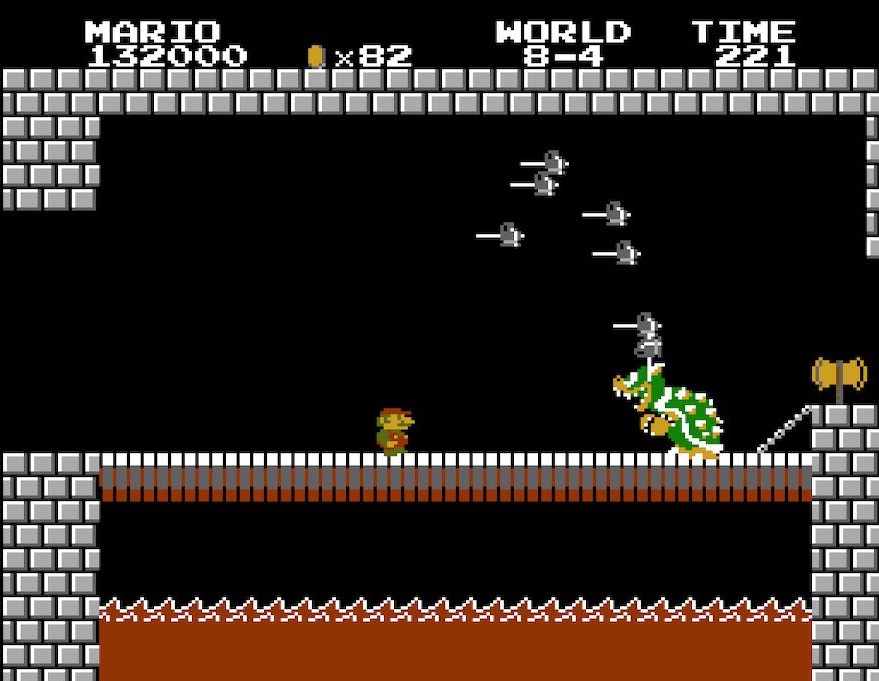 But this agile handling would matter little if the level design weren't also impeccable. Every level is well designed, and they progress steadily in complexity. The variation between above-ground, underground, platforming, underwater, and castle levels keeps play from getting stale and repetitive. The clean enemy and item designs, together with the catchy, light-hearted music, give the game a superior aesthetic by the standards of the mid-80's. Its sole flaw may be that the designers padded out the game's length by duplicating five of the 32 levels with only minor changes. 5-3 is just 1-3 with narrower platforms and Bullet Bills at the end, 5-4 and 6-4 are 2-4 and 1-4, respectively, only with more Lava Bubbles and Fire Sticks, 7-2 is 2-2 with more Bloopers, and 7-3 is 2-3 with Koopa Troopas.
When you beat the game and saved Princess Peach (whom Americans knew as Princess Toadstool until 1996), you unlock a Second Quest with faster enemies, narrower moving platforms, Buzzy Beetles in place of Goombas, and those five harder versions of duplicate stages appearing both times around. Even without the Second Quest, though, the game is plenty of fun to replay even today. 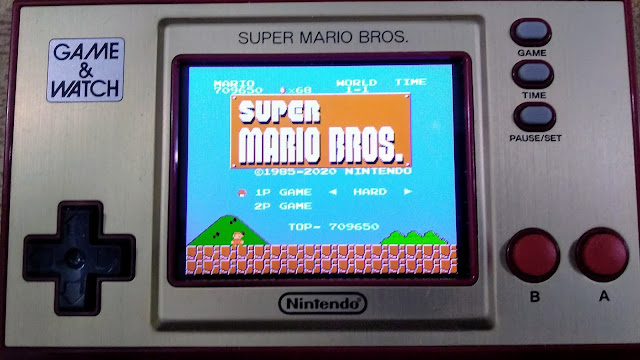 Although there are many great NES games, there are few that are as easy to pick up and play for just a few minutes as Super Mario Bros.
Being a professor, I'm going to give each game a grade based on a rubric. In this case, it's an easy A+. I will ding it a point on graphics because it doesn't look as great when compared to later NES games. For graphics and audio, NES games will be compared only to other NES games, SNES games to other SNES games, and so forth. Any other way would be ridiculous, given the progressive nature of technology. For things like gameplay and theme, however, the scale is absolute because these depend on human players, who have not changed much. Admittedly, nostalgic bias is an issue, but I will try not to let it overwhelm my judgment. 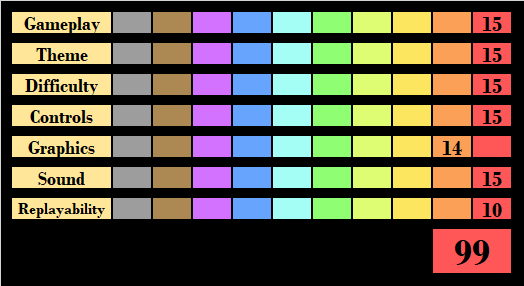 Grade: A+
In future reviews I'll do most of the launch titles, none of which I played as a kid except Duck Hunt. I'm afraid I may have to give out a few Ds or even Fs!
Linked reviews
"Super Mario Bros. is one of those rare games that has never really gone away. There's always more to discover, and always one more reason to return to the Mushroom Kingdom."
— Philip J. Reed, Nintendo Life, 9/10
"Although the game itself takes a good amount of skill to master, Super Mario Bros has a mysterious quality that makes it appealing to even the most inexperienced players."
— IGN, #3 of Top 100
"This was a new frontier for gamers, as most had never seen a game with this deep a story and accompanying gameplay elements."
— Pat Contri, Ultimate Nintendo: Guide to the NES Library, 5/5
"Super Mario Bros. laid the basis for the workings of video games in general. It defined how entire swaths of the medium should work. It’s absolutely one of the true all-time great video games, and it helped catapult the NES to global domination."
— Jeremy Parish, NES Works