Galaxian: In the shadow of Galaga 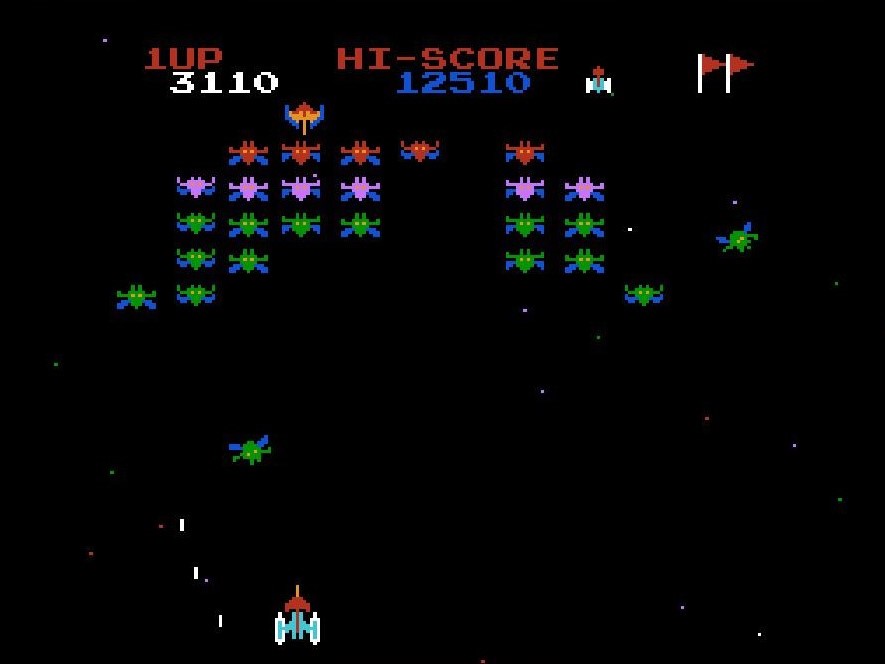 Galaxian — an improved take on Space Invaders — hit American arcades in early 1980. By all accounts it was a big success but was surpassed the following year by its own sequel, Galaga, one of the most beloved arcade titles ever.
Ports of arcade games didn't arrive on the NES until 1986, at which point titles like Galaxian looked awfully dated. So Namco wisely brought over Galaga instead. But in Japan, the Family Computer received a number of arcade ports before the NES even existed. Galaxian launched on the Famicom in the fall of 84. It at last found its way to these shores less than a year ago as part of Namco's Museum Archives collections.
I haven't played the arcade original, but gameplay footage (such as David Lyne setting the world record of 2,010,000 points in 2016) shows that the port is very faithful, the major change being the aspect ratio. Early arcade games used vertical monitors (3:4), so the screen layout needed to be adapted for TVs (4:3).
The concept of shooting alien spaceships is as basic as you can get, and this game has timeless appeal. Although I had never played it before, I instantly enjoyed it, even more than many of the NES launch titles. As in Space Invaders, the ships move toward you slowly, but here they also swoop down at you in loopy patterns, significantly adding to the challenge and interest. 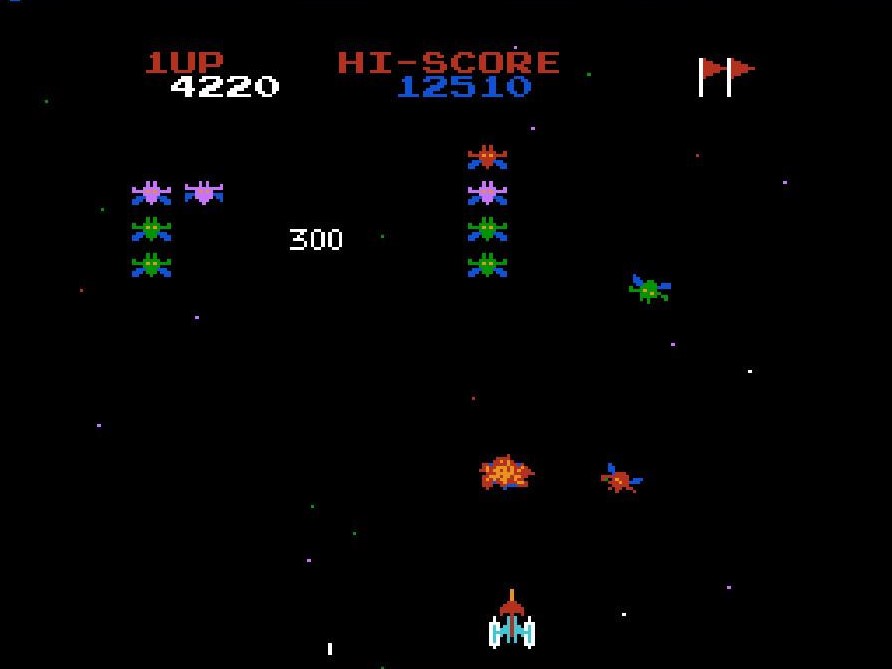 Now the downsides: you can only shoot one shot at a time, which makes the game somewhat slow and difficult. In addition, the game is very repetitive. Whenever you clear a screen of aliens, it just fills up again. The difficulty seems to ramp up, but each stage is virtually indistinguishable. The only objective is to rack up as many points as you can before all three of your ships are destroyed. And there's no music.
There's no doubt that Galaga is the superior game, leaving Galaxian as a matter of historical interest. Nevertheless, Galaxian is fun, too.
Grade: C
Gameplay: Fun, but perhaps not for everyone (16/20)
Theme: Interesting concept and characters, if a bit generic (16/20)
Controls: Controls are solid, if limiting (12/15)
Challenge: Not much challenge (unless you're a high-score chaser) (12/15)
Graphics: Good-looking but generic (12/15)
Sound: Music is absent and sound effects annoying (5/15) 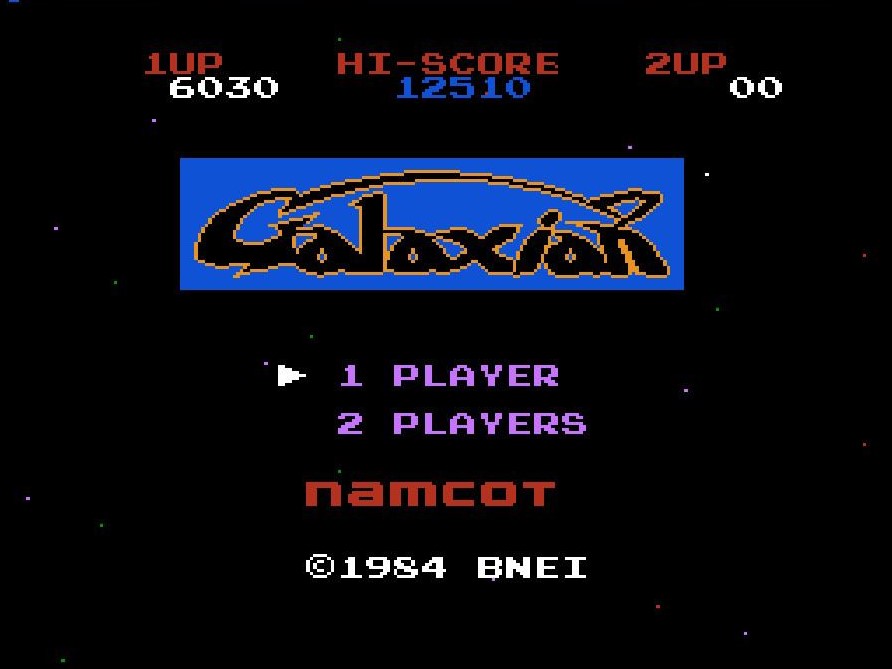