Wild Gunman: An electronic shoot out in your living room 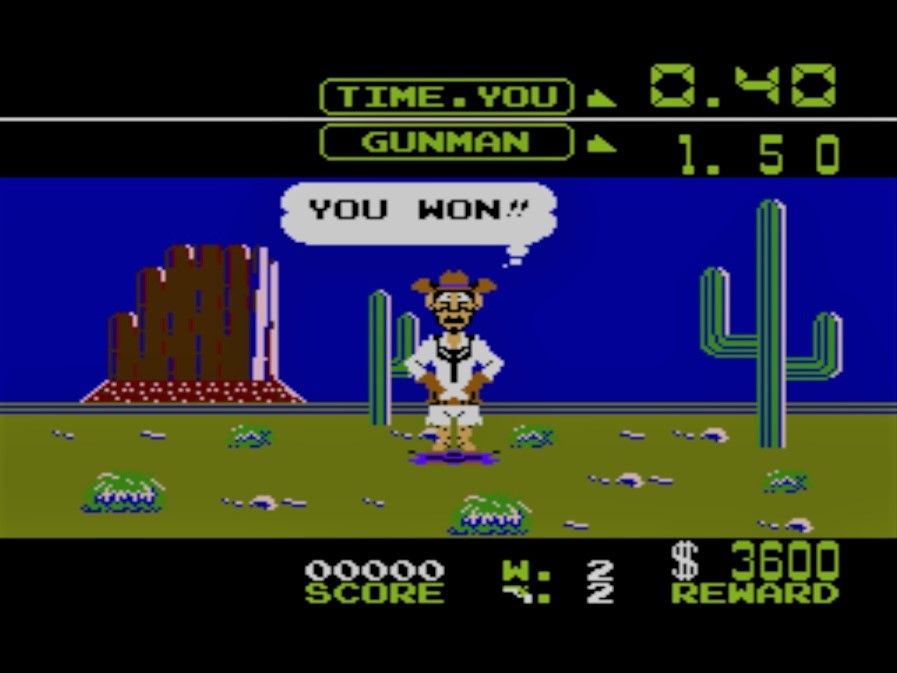 Wild Gunman is a Light Gun game best remembered for appearing in the movie Back to the Future 2. The movie shows four gunmen on screen at once. The real Wild Gunman doesn't quite live up.
The game is like a worse version of Hogan's Alley. It's a reflex game more than a target-practice game like Duck Hunt. In mode A, the game doesn't even check the gun's position, only measuring how long it takes you to pull the trigger after the gunman says "Draw!" Shoot prematurely or too slowly, and you lose. Mode B has two gunmen, and you do have to aim somewhat, as the two figures are on opposite sides of the screen. This mode is comparable to mode A of Hogan's Alley, except the enemies' positions are static. Sometimes one of the gunmen doesn't draws. You're penalized if you shoot him, like a bystander in Hogan's Alley. 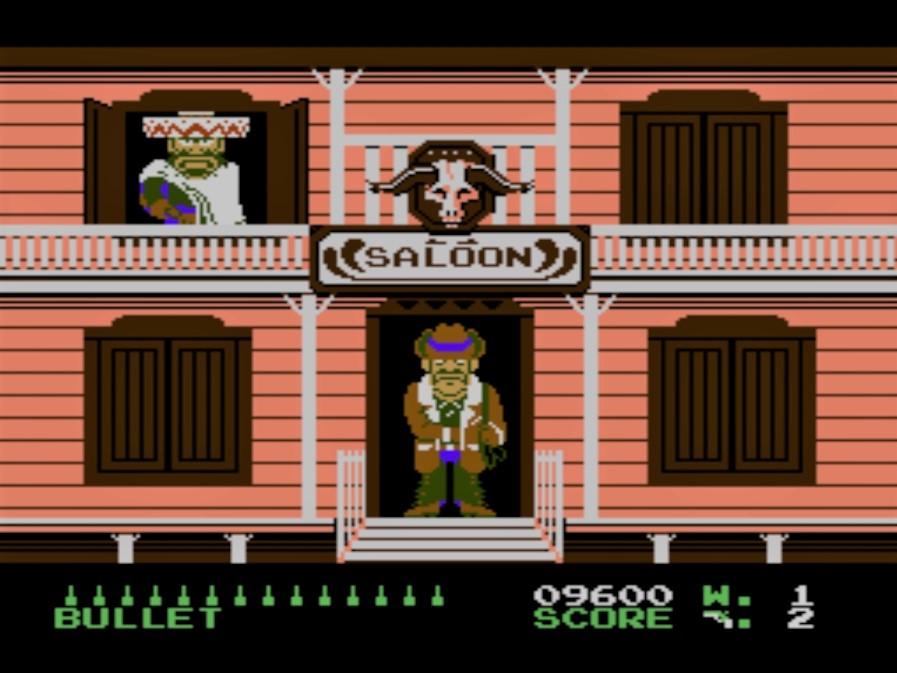 Mode C is exactly like the building screen from mode B of Hogan's Alley, but instead of a plain building, it's a saloon, and there are no bystanders. As soon as anyone appears in a window, you shoot him.
Every mode of Wild Gunman is inferior to Hogan's Alley. Mode A is bad, almost a baby's toy, since you don't even have to aim. Mode B is like mode A of Hogan's Alley with only two gunmen. Mode C is a slice of mode B of Hogan's Alley without bystanders to worry about. And Wild Gunman entirely lacks the fun can-shooting mode C of Hogan's Alley.
Despite its inferiority, Wild Gunman has one thing going for it: the visual design. This is a matter of personal preference, but I love the look of Wild Gunman. The HUD is clean and looks "old-timey." I like how it shows your reaction time in real time to the hundredth of a second! The sprites are memorably cartoonish, right down to the offensive Mexican stereotype. It's cuter than Hogan's Alley, which I find drab and unappealing. Also, when you die, Wild Gunman plays that famous string of notes from Chopin's Funeral March! If you're looking for more of an "aesthetic" or emotional experience when playing 80's games, you may prefer Wild Gunman. The actual gameplay, however, is mediocre.
Grade: C+ 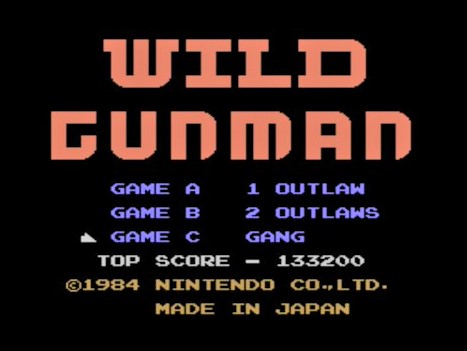 Linked Reviews
"Unfortunately it gets repetitive quite fast, as all three modes are very, very simplistic and really don't have a whole lot to offer."
— Marcel van Duyn, Nintendo Life, 5/10
"It's a fun shooter experience, although the charm of the simple gameplay may wear off after a while."
— Pat Contri, Ultimate Nintendo: Guide to the NES Library, 3.5/5
"The game itself is ridiculously simple—it was barely enough to qualify as a standalone piece of software back in 1985."
— Jeremy Parish, NES Works