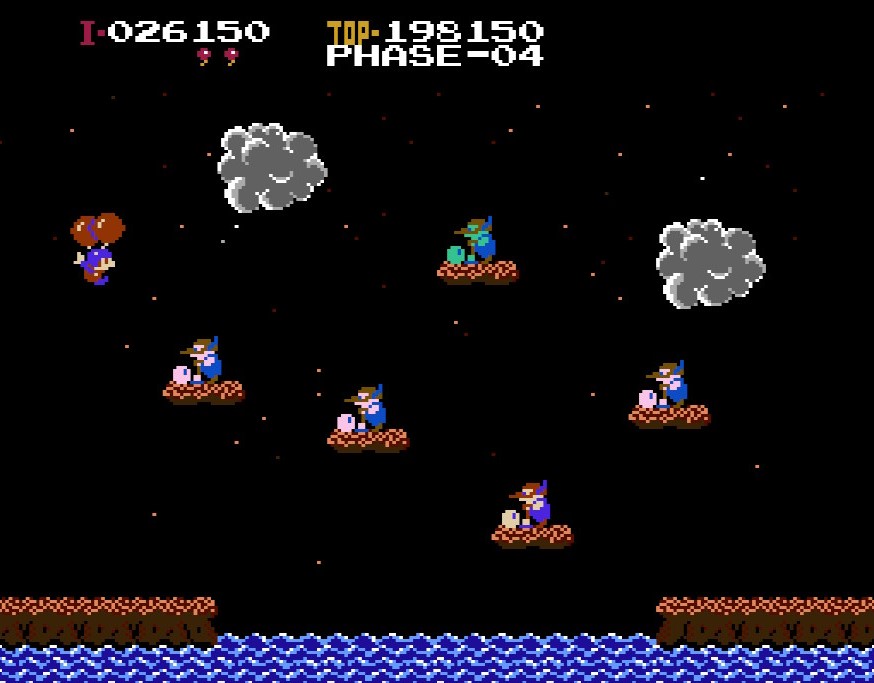 Despite being a very creative company, one of Nintendo's earliest NES games was a blatant rip-off of the 1982 arcade smash Joust (which itself came to the NES in 1988). In Balloon Fight, instead of knights on flying ostriches knocking each other off their mounts, people carried aloft by balloons pop up each other's balloons.

An arcade-style game, Balloon Fight takes you through three beginner levels, followed by nine more difficult levels (which then loop). Gameplay never varies: you knock down the other balloon fighters by colliding with them from a higher altitude, then knocking them off a platform before they can re-inflate their balloon. Occasionally, lightning-generated sparks must be avoided. Bubbles come up from the water below, which can be popped for bonus points. Get too close to the water, and a giant fish may spring out and eat you! Every three levels there is a bonus stage where you try to pop twenty balloons coming out of four pipes. If you don't miss any, you score extra. One nice feature is that, while the A button flaps your arms once, holding down the B button flaps them continuously for rapid movement. Like Joust, Balloon Fight also has two-player simultaneous play.

As in other NES arcade-style titles, there is a bonus mode, here called Balloon Trip. In this, there are no other people; instead, you have to dodge sparks while scrolling right to left and popping balloons. The trip doesn't last long, but it's a nice addition all the same. 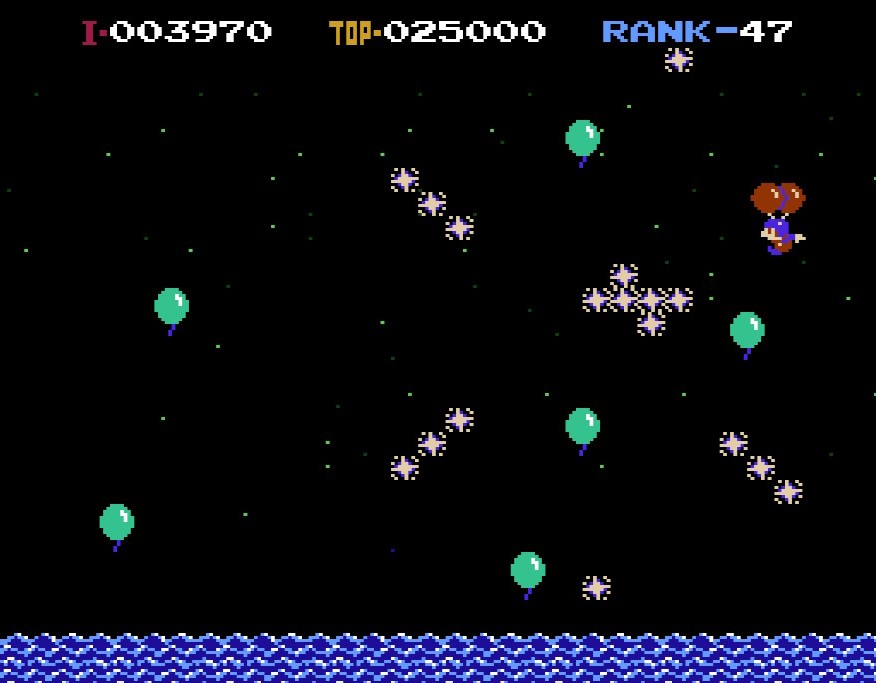 The graphics are charming, and the Balloon Trip music track is great. The main game lacks music, but a little tune plays whenever you clear a stage. It's amusing that the enemies wear bird masks.

Overall, Balloon Trip is a well remembered little arcade-style game that helped round out the NES's nationwide launch in the summer of '86. The previous fall's launch was limited to New York City, which then expanded into L.A. in the new year. For the vast majority of early adopters, Balloon Fight was a de facto launch title, which is also true of the games I'll be reviewing next. 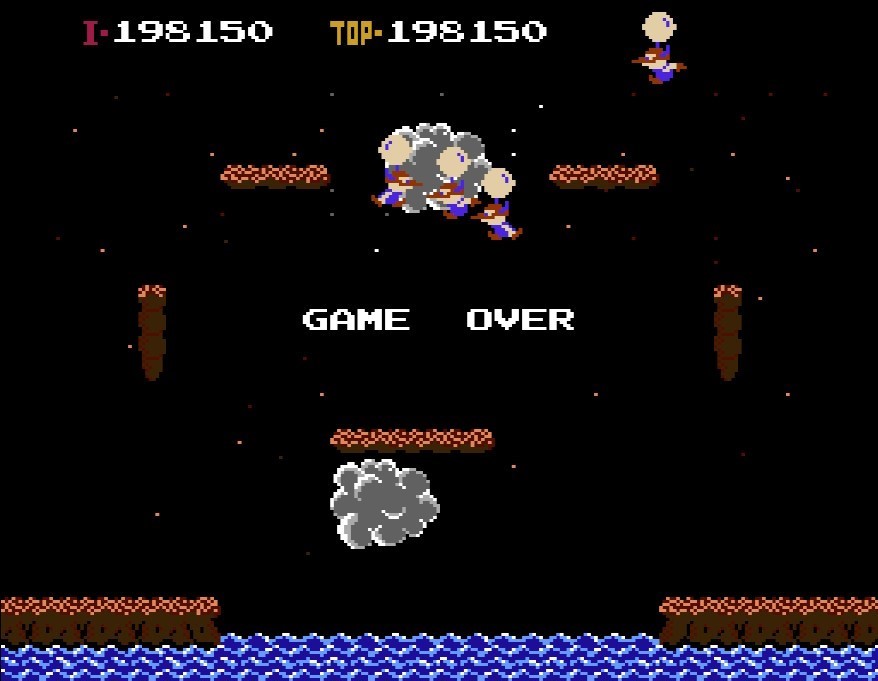 "Now THIS is how you make a clone of a game – you take the basic concept but twist it and make it your own."
— Pat Contri, Ultimate Nintendo, 3.5/5

"At a time when the NES hadn't reached its potential, and Super Mario Bros. was still the most complex game available, Balloon Fight was just OK."
— Dylan Cornelius, Questicle, B-

"There is a tendency these days for some people to take Balloon Fight for granted, but amidst its Black Box brethren it stands out as one of the most refined and entertaining, classic NES creations even now."
— Jeremy Parish, NES Works 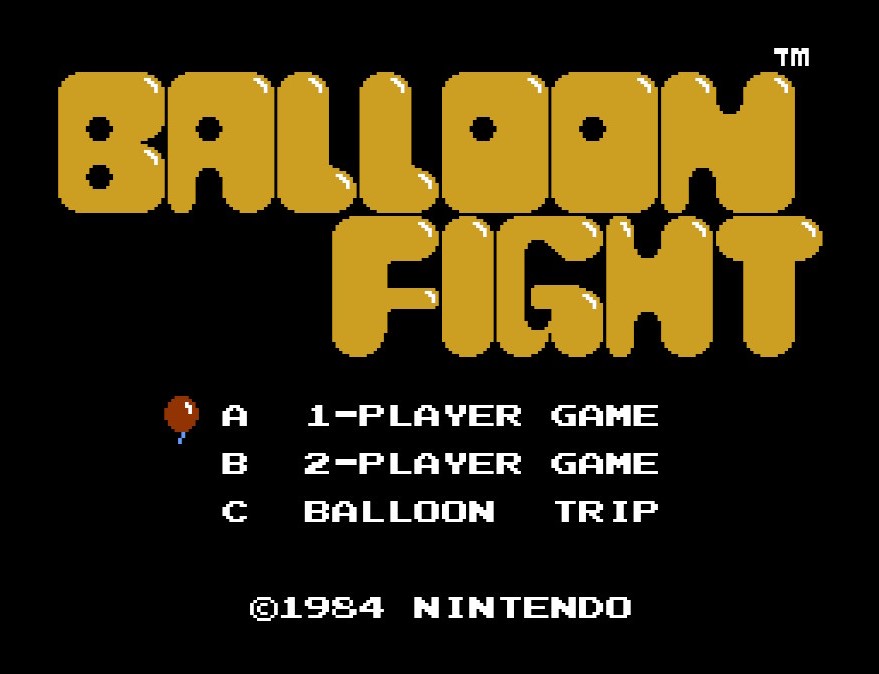