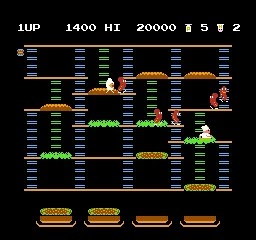 BurgerTime is another classic arcade game that already looked dated when it hit the NES in 1987. I played BurgerTime on a PC a few times when I was a kid, and it seemed primitive even then. Still, it's fun in a challenging kind of way.

In BurgerTime you control a tiny chef named Peter Pepper, who is constructing hamburgers that dwarf him, all the while avoiding anthropomorphic food adversaries. They have very creative names: Mr. Egg, Mr. Pickle, and Mr. Hot Dog—whose small size suggests he's actually a cocktail wiener. Peter doesn't cook the burgers; he only assembles them by causing the buns, patty, and lettuce to fall into place. The components are vertically aligned, but on different levels. When he walks across one, it falls down one platform, which also crushes any enemies below it. If an enemy is on the falling item at the time, it falls an additional platform and destroys the enemy. This is such a great advantage that it forms the most critical element of strategy. Whenever possible, Chef Pepper should wait on the edge of an ingredient until one or more enemes are on it, then make it fall at the last second.

Six stages repeat in typical arcade fashion. Clearing each requires avoiding the enemies by climbing up and down ladders and not getting cornered. Peter Pepper's only defense is throwing pepper in the enemy's face (press A or B), thereby stunning it and allowing him to walk past. He gets few shots of pepper, so you have to save them as a last resort. The enemies move quickly, too, so the game is hard.

The game's biggest shortcoming is the controls, which require you to line Peter up with the platform precisely for him to step off a ladder. He cannot drop down even a little. This level of precision is hard to achieve, so you frequently lose time trying to disembark, which is disastrous when enemies are hot on your heels. This stupid mechanic badly dates the game and will turn off players who aren't used to the fussy mechanics of early 80's games.

The NES port of BurgerTime doesn't look great compared to the arcade original. The sprites are smaller and less colorful, but this is true of all arcade conversions on NES. The important thing for the time was that they looked good enough, and the gameplay was correct. The sound (in both versions) is bad. A scratchy-sounding tune plays when you begin, and the generic background music plays on a continous five-second loop!

I played BurgerTime on my handheld Evercade, which comes bundled with Data East Collection 1. If you're into old arcade games, BurgerTime on the NES is a classic, even if a lesser one. 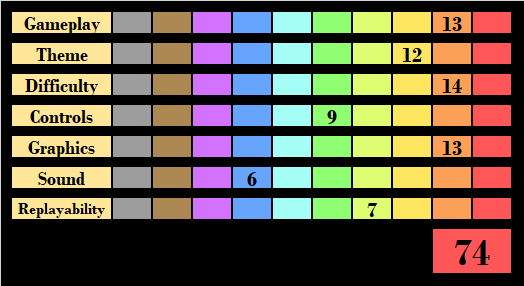 Grade: C
Linked Reviews
"Burgertime is still every bit as fun as it was three decades ago and proves that a great gameplay design can hold up no matter how old it is."
— Corbie Dillard, Nintendo Life, 8/10
"The strategy employed here makes this a fair bit different from other maze games, and the great theme and implementation of it make this a fun, but difficult game."
— Pat Contri, Ultimate Nintendo: Guide to the NES Library, 3.5/5

"It's simple, it's strange, and it's hard. So yes, it's a vintage arcade game, and it's reproduced faithfully on NES."
— Jeremy Parish, NES Works 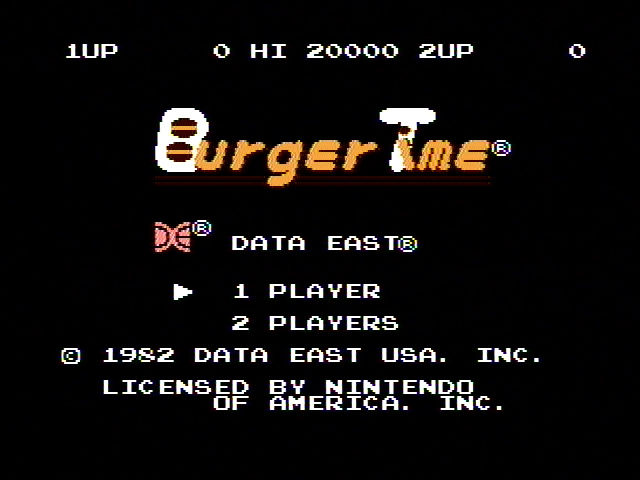