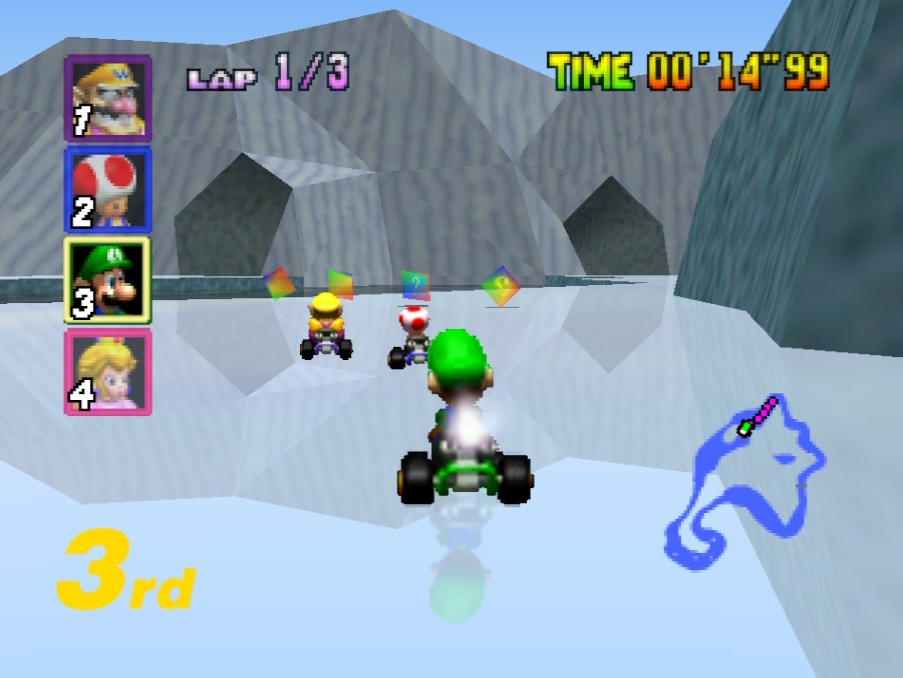 Mario Kart 64 brought the fun of go-kart simulator Super Mario Kart into the 3D age. A few chunky polygons notwithstanding, Mario Kart 64 still holds up, even alongside sequels like Mario Kart 8 Deluxe.
MK 64 doesn't alter the fundamental formula laid down by Super Mario Kart. You still choose one of four circuits (Mushroom, Flower, Star, or Special) and an engine speed (50, 100, or 150 CC), then race against seven other racers, trying to place at least in the top four. Whereas the SNES allowed only two players, the N64 was built with four controller inputs, and MK 64 happily can use them all (though the music shuts off with more than two). Battle Mode returns as well, in which players attack one another with items, trying to pop all three of their opponents' balloons. This is always a blast when playing with friends. Lastly, there is the Time Trial mode, in which you race alone trying to set the fastest time.
MK 64's biggest and best improvement is the 3D environment itself. Anyone who has played the original Mario Kart knows how flat everything is. Even the walls are 2D, with the only elements on the z-axis being the karts themselves and obstacles like pipes and Thwomps. Racing in three dimensions feels much more real, since you can't see around walls and other barriers. It also allows for slopes, ramps, and ledges to fall off. Despite the antiquated polygons, the environments still look great. In addition, the unique theme music for each track is excellent.
MK 64 adds three new items as well: the spiny shell, fake item box, and Golden Mushroom. The blue spiny shell has become a controversial staple of the franchise: it homes in on the lead player while knocking out anyone who gets in its way. This makes the game more fun for weaker players, as they always have a chance to take out the leader. The fake item box is upside-down and works best when hid among the real item boxes. The Golden Mushroom lets you use unlimited nitro boosts for a few seconds. Besides these, the game includes triple shells and triple banana peels, which rotate around you like a shield, until you have shot them all.
The character roster was adjusted slightly: Koopa Troopa was replaced with a third heavyweight character, the always amusing Wario! DK Jr. was changed to Donkey Kong, who had returned to popularity thanks to the Donkey Kong Country games. The sole area in which the game took a small step back was that each circuit has only four tracks instead of five. But this was a small price to pay when all sixteen tracks were so good. They all contain unique elements, such as the branching pathways of Yoshi Valley and the highway race with cars and trucks that is Toad's Turnpike! And of course who can forget the epic, twisting Rainbow Road in space! Being in 3D, these tracks are more iconic than any from Super Mario Kart.
It's hard to overpraise Mario Kart 64. It is among the best games for the system and one of the all-time great Nintendo games. It's as much fun to play now as ever. Almost everything that has made Mario Kart 8 Deluxe the best-selling Switch game goes back to Mario Kart 64 (and Super Mario Kart). The racing is fast, the controls smooth and intuitive, the multiplayer action a joy, and every course unique and a blast to play. 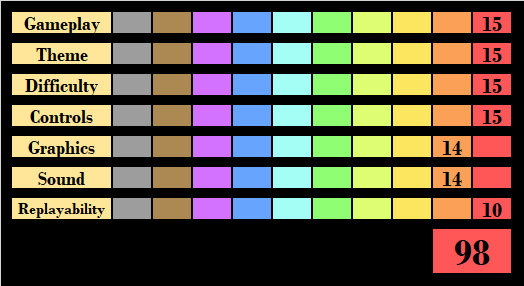 Grade: A+
Linked Review
"Mario Kart 64 has its faults and later entries would refine the systems introduced here, but there's still plenty of fun here to keep you (and your friends) returning for more."
— Dave Frear, Nintendo Life, 8/10 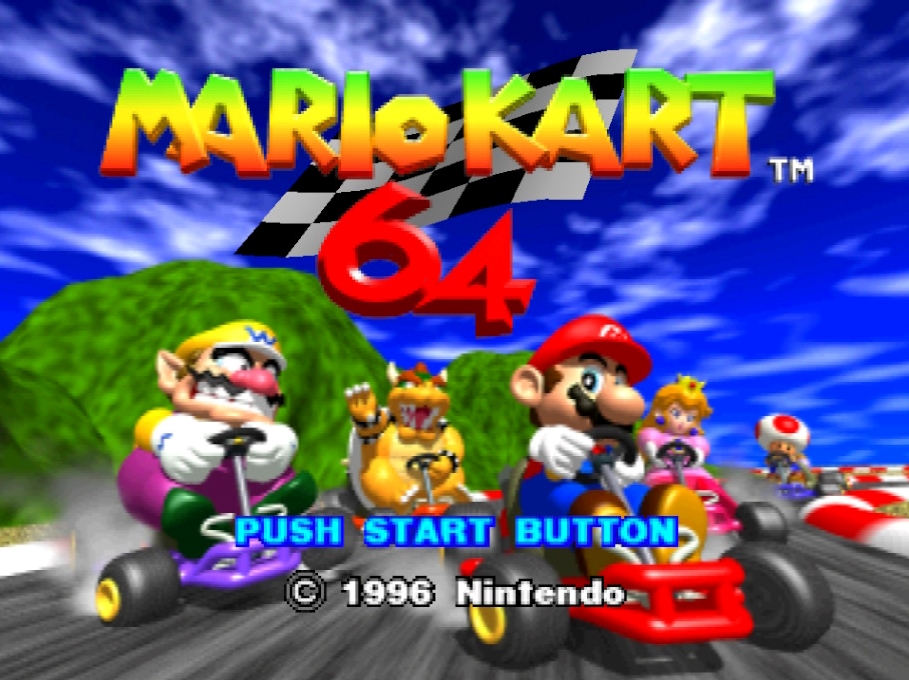