First off, the story is expanded, with five pages devoted to it in the manual, including background mythology not included in-game about the three gods that made the Triforce. The opening cinematic tells of a war centuries earlier, which resulted in seven wise men sealing the Triforce away in the "Golden World." When the game begins, the boy Link awakens on a dark and stormy night, hearing the voice of Princess Zelda in his head, asking him to rescue her from the dungeon of Hyrule Castle, where she's been imprisoned by the evil wizard Agahnim. Link finds his uncle, wounded, who gives him his sword. Link's first task is to rescue Zelda, then lead her through a secret passageway to the Sanctuary.

As it turns out, Zelda is one of seven maidens descended from those seven wise men of old. Agahnim is kidnapping them in order to break the seal and take the Triforce. The priest dispatches Link to find the sage Sahasrahla, who will instruct him about how to find the Master Sword, the only weapon capable of defeating Agahnim.

Eventually, Link visits the Golden World, which has been corrupted by Agahnim into the Dark World. Everyone in it is turned into weird forms like trees and rabbits, though the magic Moon Pearl lets Link keep his true form there. In the Dark World, he must rescue all seven maidens, including Zelda, who of course has been kidnapped again. Once he's done this, he's able to enter Ganon's tower. Naturally, "Agahnim" was Ganon all along. All in all, not a bad plotline for a video game in 1992! 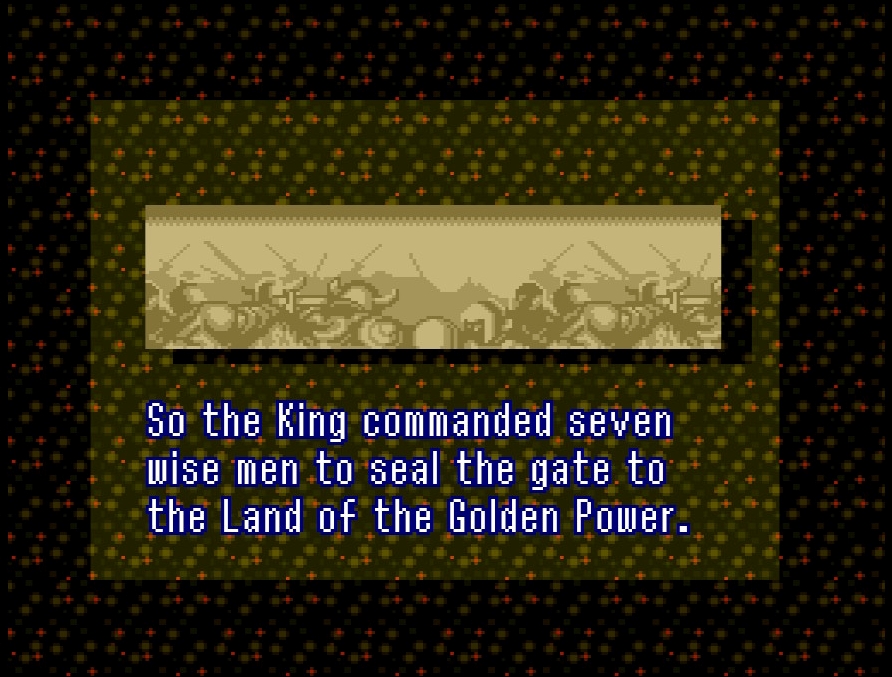 The Dark World provides A Link to the Past's main gimmick. It's a second world map nearly identical to the main one, but with stranger and more difficult enemies, such as the bomb-throwing cyclops Hinox. Some of the monsters behave identically to particular Light World counterparts. For example, the Hylian soldiers trying to arrest Link are replaced by Moblins and bovine soldiers called Taroks, and Octoroks become similar-looking Slaroks.

The basic gameplay is all but identical to the original game (eschewing the side-scrolling of Zelda II: The Adventure of Link). Link slays enemies, finds secrets by pushing blocks and bombing walls, collects items and fairies, spends rupees at stores, talks to people for hints, explores dungeons, uses keys to unlock doors, upgrades his weapons and armor, etc. One notable addition is Link's "family technique": holding then releasing A causes Link to swing his sword in a circle, hitting any surrounding enemies. Another change is that instead of just a few hidden heart containers, A Link to the Past introduces the series convention of many hidden heart pieces, four of which together award Link an extra heart of health. He still gets a full heart at the end of each dungeon. Between his starting three, 24 pieces, and eleven dungeons, Link's health bar maxes out at twenty hearts. Some of the pieces are hard to find, giving completionists more to do.

The NES game was big, but A Link to the Past is huge. In addition to Hyrule Castle, you must clear three dungeons in the Light World to obtain the three pendants needed to get the Master Sword from the Lost Woods, then seven dungeons in the Dark World to rescue the seven bonnie lasses, then finally Ganon's Tower. That's twelve dungeons in total! The game includes a complete map (press X), and the locations of the dungeons are labeled with numbers. This makes the game more linear than the original, though anyone who wanted could just never look at the map! 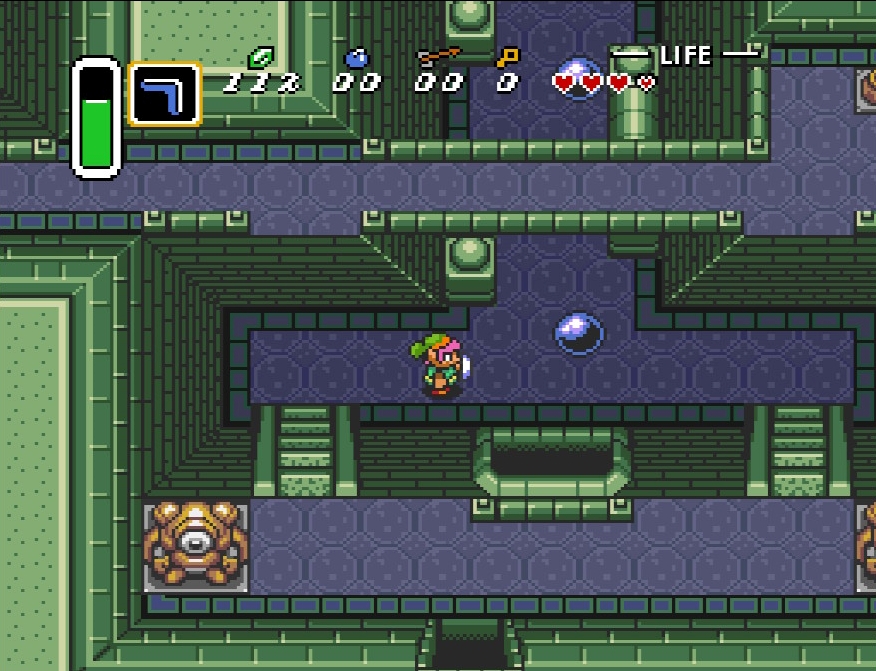 The dungeons themselves are masterpieces of design. Each has its own flavor, an item in a big chest (opened with that dungeon's big key), and a boss. The original Legend of Zelda divided each map into single-screen segments. The more sophisticated hardware of the SNES removed that limitation, allowing much more open and irregularly shaped rooms and chambers (though there are still some screen transitions in both dungeons and the overworld, such as when you go through a door). This opened up design space for the dungeons to be more creative. The original dungeons were little more than series of one-screen challenges, and every dungeon looked identical except for the color palette. Furthermore, puzzle elements in the original game were extremely light: pushing a single block to reveal a staircase, or bombing a wall to create an opening. There is much more to puzzle out in this game. None of the puzzles are hard, mind you, just some intuitive problem solving. A lot of it involves lighting torches or activating switches that raise and lower barriers. This game set the standard for the excellent dungeon designs of all future Zelda games (until Breath of the Wild).

The game also features a lot of combat, though the difficulty is lower than in the NES game. This is best illustrated with the Wizzrobe enemies—wizards who shoot harmful magic at Link. In the original, a room full of these could be very challenging. In A Link to the Past, they always teleport in the same spot and pose little problem. With respect to both combat and puzzles, the game charts a satisfying middle course that leans toward the easier side.

There is also a larger assortment of items to obtain, compared to the original. While it had only eight item slots on the sub-screen, this game boasts twenty. The most notable addition may be the Hook Shot, a kind of horizontal grappling hook that can pull Link across gaps. Three of them are medallions that let Link cast magic spells (Quake, Bombos, and Ether). These spells are about the only thing drawn from Zelda II, in which Link could learn eight spells. I think this may be the last Zelda game in which Link can cast magic. One of the most useful new items, which also became a series staple, is the bottle. He can get up to four of these, and each can hold a healing potion, a fairy, or even a bee. The latter two are caught using another new item, the butterfly net. If Link dies while he has a fairy with him, it automatically comes out and revives him. This is another change that makes this game easier.

To sum up, The Legend of Zelda: A Link to the Past takes everything good about the first Zelda game and refines and improves upon it vastly. This also applies to the graphics and sound, of course. The music and sprites are textbook examples of 16-bit audio-video pleasure. Basically, if you liked the original, you'll love this. And even if you disliked the original, you'll still probably love this! That's how much better it is. Replaying it this year (my third or fourth time ever), I found it to be no less enjoyable than it was 30 years ago.

Linked Reviews
"A decent looking and engrossing title with cracking music, this is a classic SNES game that is fun to replay many years later."
— Dave Frear, Nintendo Life, 10/10

"Perhaps it's the well-balanced enemies, the memorable bosses, or the brilliant light and dark world system that sets the game apart. Or maybe it's the tight controls, perfected item system, or the glorious soundtrack."
— IGN, #1 of Top 100

"One of the finest titles, not just in the series, not just on the console, but of all time."
— Asheton Phinney, Ultimate Nintendo: Guide to the SNES Library, 5/5 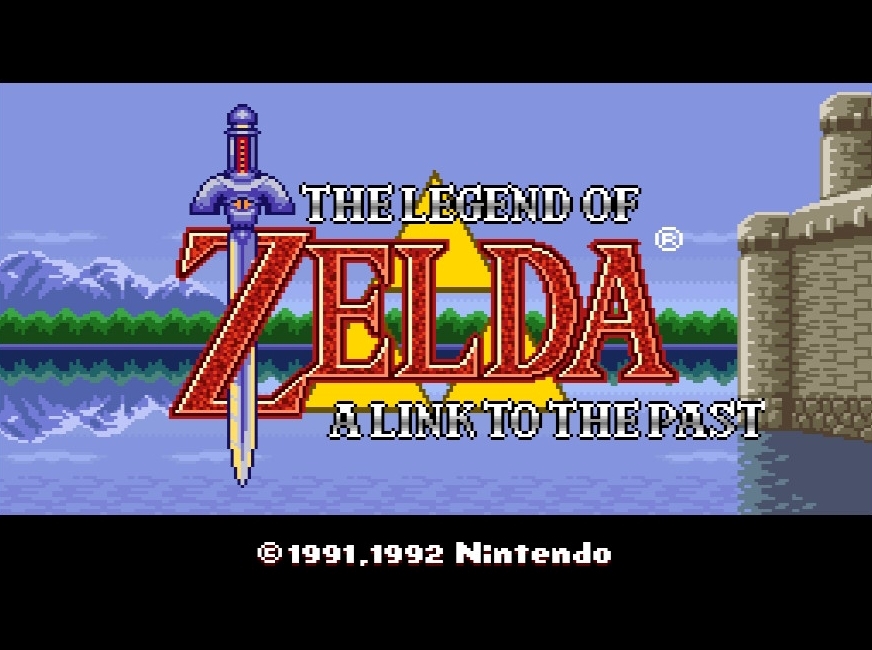