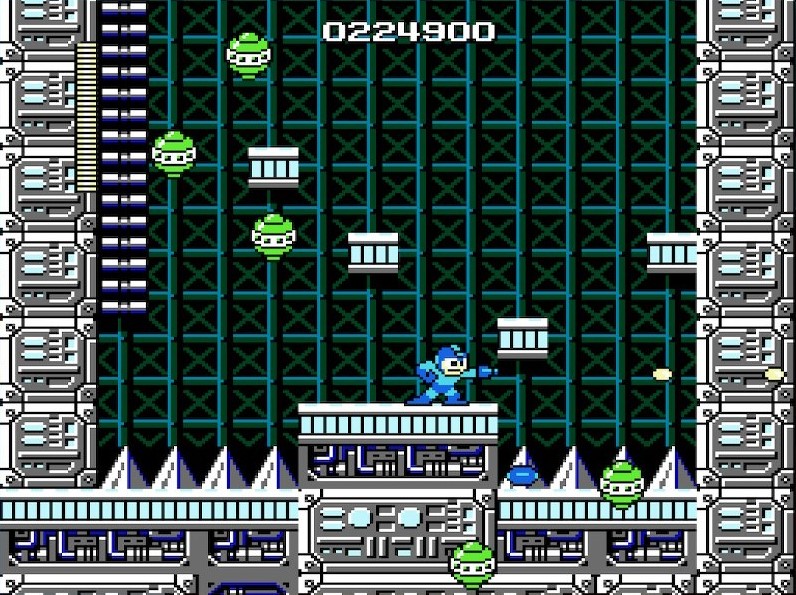 The original Mega Man gets a bad rap because its sequel is so much better. But if you can set that aside and appreciate Mega Man in the context of its late-1987 release, you'll find a top-notch platformer, if a little on the difficult side.

Mega Man (called Rockman in Japan) is a blue, armored robot created by Dr. Light to destroy the evil robots created by Dr. Wily. He is not a cyborg, despite his human-looking face and hair. The game begins with a level-select screen. Mega Man can face the six robot masters in any order: Cut Man, Guts Man, Elec Man, Fire Man, Ice Man, and Bomb Man. The hallmark of the Mega Man series is that, whenever he defeats a robot master, he acquires its weapon. You can change weapons at any time from the menu (press START). Mega Man can also pick up the Magnet Beam tool in Elec Man's stage. This lets him create temporary, magnetic platforms, which help him cross gaps. The longer you hold the button, the longer the platform. 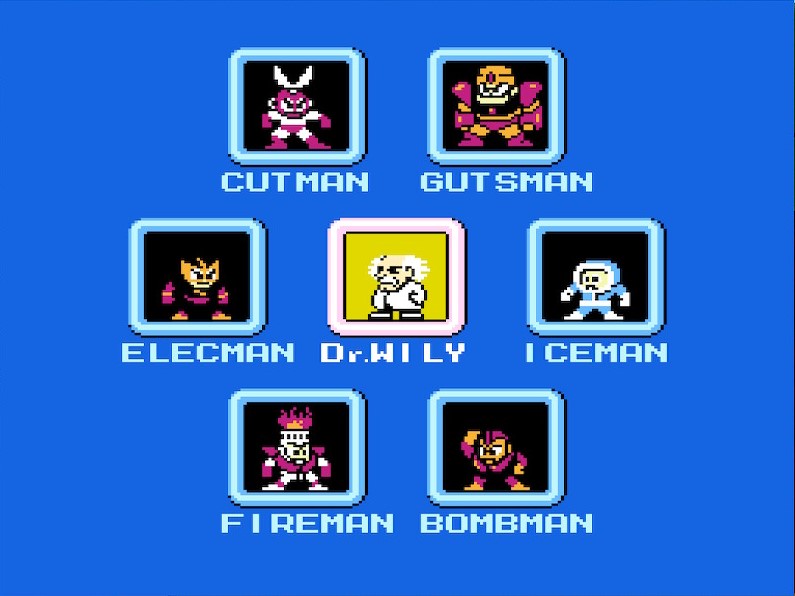 A criticism I've had since childhood is that the weapons aren't strong enough (except Metal Blade in Mega Man 2). I use the default Mega Buster almost exclusively, excepting the Super Arm. The Super Arm lets Mega Man pick up and throw large blocks, which lets him access some power-ups. Regular power-ups recharge Mega Man's health meter, while blue ones recharge his currently-equipped weapon. Except for the Mega Buster, a weapon drains some energy each time it's discharged.

Each robot master is weak against one weapon. As a result, the bosses are easier if you take them on in a particular order, beginning with whichever one you think is easiest to beat with Mega Man's arm cannon, the Mega Buster. The correct order for each game was once the subject of schoolyard lore. Once you've defeated all six, you unlock Wily's Castle, which in this game consists of four additional levels. Each has its own unique boss, culminating in the mad doctor himself.

Each level has a unique theme and background music, matched to that of the boss. Guts Man's stage, for example, is mountainous, whereas Ice Man's is, well, icy. The music is one of the best parts of the game. I would be hard pressed to name an NES game (besides Super Mario Bros.) that better encapsulates 8-bit music and graphics than the Mega Man series. This is really the NES at its best.

The only bad part of Mega Man is the difficulty. Yes, it's another "NES hard" game. It's not the enemies that are the problem, but the jumping. Almost every level contains some nasty platforming. Moving platforms in Guts Man's stage, for example, require you to jump whenever the platform swings down under Mega Man's feet. Timing is everything in Mega Man, and you have to play most levels over and over and over again until you've mastered it. I dare say most players have given up along the way. 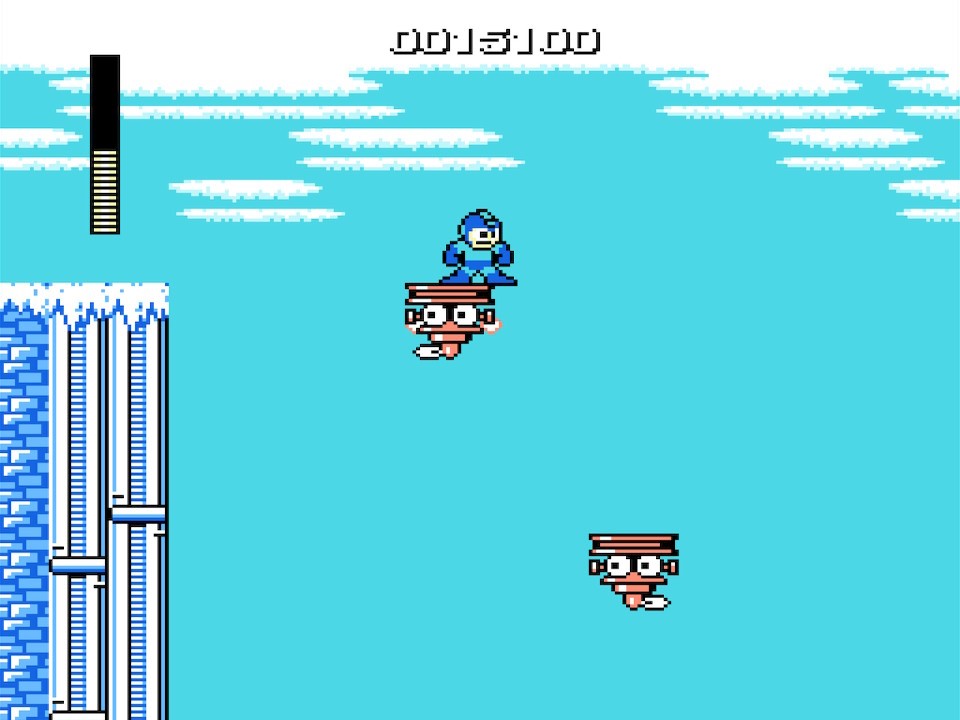 Some people argue that the game's difficulty has been exaggerated. It is true that brute patience will prevail in the end, at which point the game can begin to seem almost easy. The problem is repetition isn't always fun. It took me well over an hour to beat Ice Man's stage, in large part due to the infamous disappearing and re-appearing blocks that require almost perfect timing to pass. I staved off boredom by talking to my wife the entire time. If I'd just been sitting there focused entirely on the game, I would have had to take a break to stave off tears of boredom and frustration.

I grant that the difficulty of the Yellow Devil boss has been overstated. The guardian of the first Dr. Wily stage, it disassembles into blocks, which then shoot across the room and re-assemble. Since they always follow the same pattern, it doesn't take too long to master how to jump over them. You can also greatly speed up the battle by using the pause trick: repeatedly pause the game (press SELECT) when Mega Man's shot hits the Yellow Devil. Every time play resumes, the damage registers again. I used to consider this "cheating," but I've since learned better. Nothing you can do on original hardware is cheating. (Save states are cheating, but there is no dishonor in them—enjoy your games!) 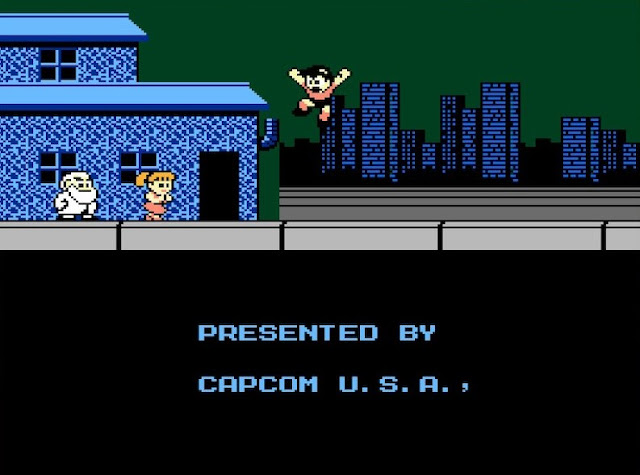 People who have only played later Mega Man games may struggle with the original. Besides the difficulty, the game lacks the later amenities. There are no Energy Tanks. No robot dog Rush. Mega Man can't slide or charge up his shot. This is the only Mega Man game, however, that uses points, so you can try to set a high score if you want!

Mega Man is a good game, worthy of a sequel. We should be grateful that it got that sequel, because Mega Man 2 is so much better (and Mega Man 3 ain't bad, either!). I recommend the game to Mega Man fans, but the casuals would do well to skip this one and go straight to the sequel.

Linked Reviews
"Mega Man may not live up to the heights set by its next few sequels, but it is absolutely a blast to play, and beating it remains one of the most satisfying accomplishments of the NES era."
— Philip J. Reed, Nintendo Life, 7/10

"Mega Man is one of the best examples of great graphics, amazing music and near-perfect gameplay rolled into one cartridge."
— IGN, #30 of Top 100

"With its admirable protagonist, dastardly villain, challenging enemies, acquirable weapons, and excellent music, this game laid the groundwork for one of the most beloved series ever."
— Asheton Phinney, Ultimate Nintendo: Guide to the NES Library, 4.5/5