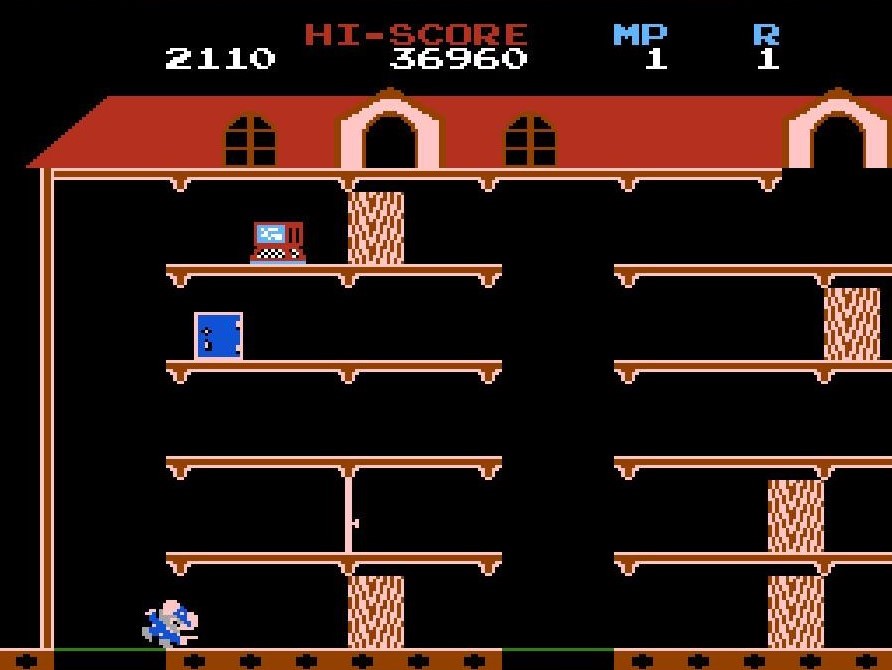 Next up in my list of Famicom games is Mappy, a cat-and-mouse game. Mappy first landed in American arcades in 1983. It must not have been very popular, as few people today seem to remember it.

Mappy is similar to Pac-Man in that you move through a maze-like structure (a house), collecting items (stolen goods), and avoiding enemies (cats called Meowkies). Even though Mappy is a police officer, it kind of feels like you're the one robbing houses, taking electronics, paintings, and safes!

The most distinctive part of the game is that Mappy can't jump, but instead bounces off trampolines. These function like elevators and are how you get to the different floors. While bouncing, Mappy is immune to enemies, even if they are bouncing with him. Avoiding the enemies thus involves strategic use of the trampolines.

The goal, of course, is to get as many points as possible. One way to do is this is to take out enemies by opening flashing doors. This releases a pulse that moves along that floor, blowing away any enemies in its path. You can also score 1000 bonus points by waiting for the big cat (called Goro) to hide behind a stolen good, then nab it before he moves. I don't know how this makes sense—why doesn't Goro hurt you in this case? 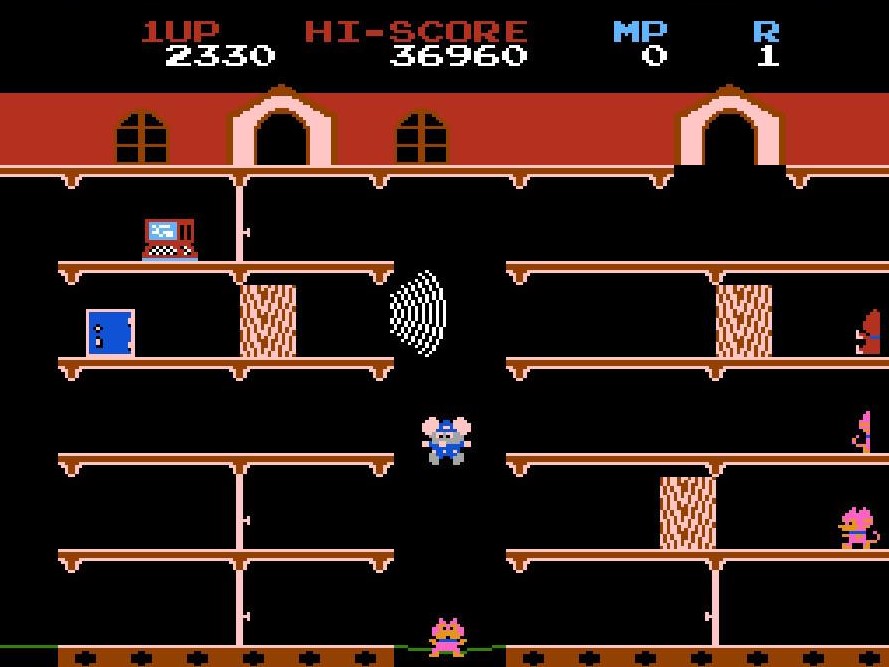 Each stage has a slightly different layout, and they get harder. There are sixteen stages in total. After that they loop, with the number of Meowkies increasing.

By the time the NES launched, Mappy had been superseded by its sequel, Mappy-Land, so (as with Galaga) Namco brought over that title instead. I haven't played the original arcade version, but from gameplay footage one can see that the change from a 3:4 vertical aspect ration to a 4:3 horizontal one required a corresponding change in level design. In the Famicom port, instead of six floors, each house has only five, as there isn't space for a sixth. The port looks nearly identical to the original, although they redesigned the computer and TV sprites for some reason!

Mappy, with its weird premise, is not without its charm. I didn't personally enjoy it enough to feel the need to try and beat the sixteen unique stages. I would recommend this game only for fans of early arcade games. 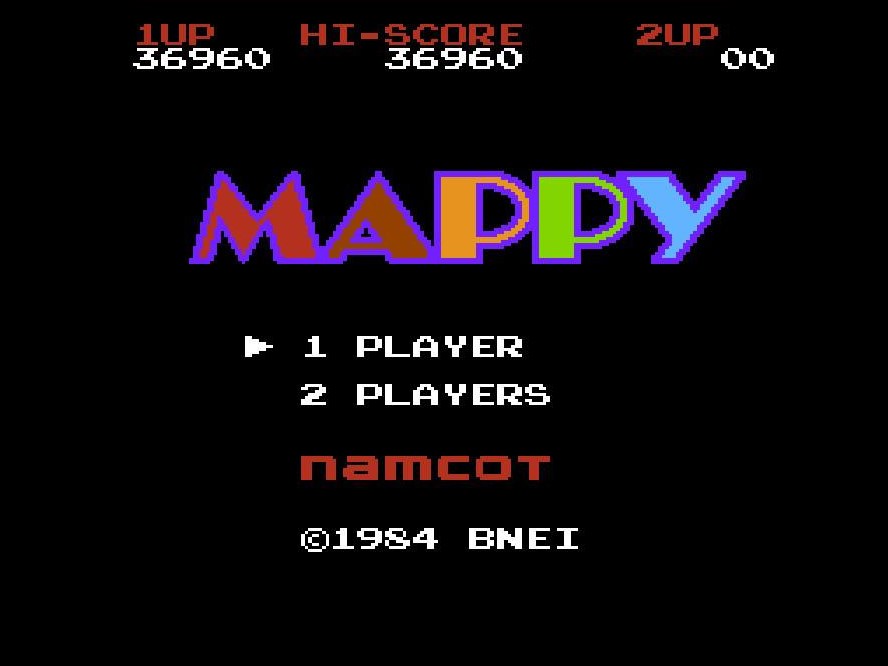