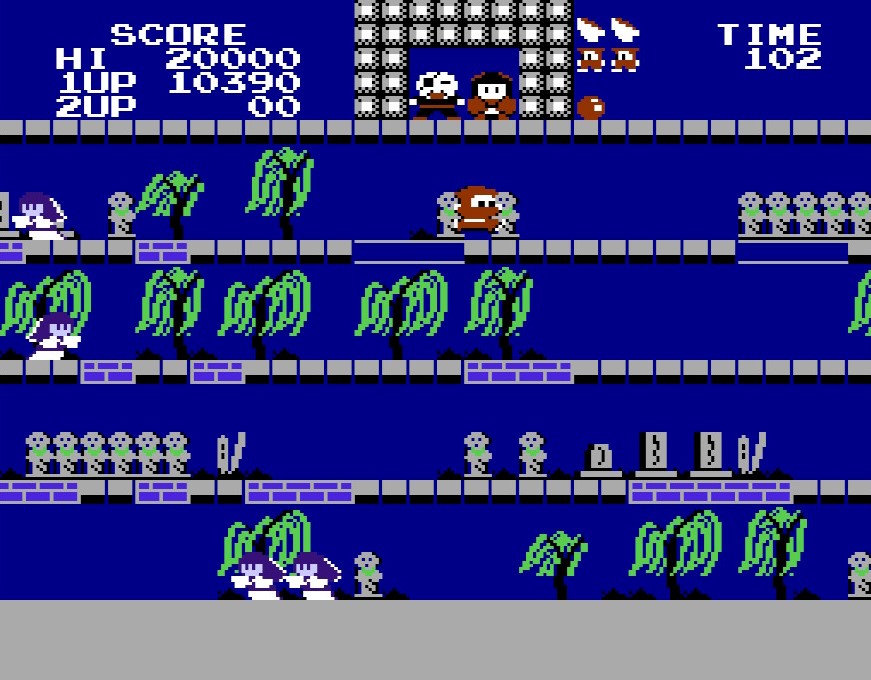 Each stage has four floors of enemies to clear, and the screen scrolls a little bit horizontally. JaJaMaru can break brick platforms with his head (not unlike Super Mario), which then allows him to jump between floors. Broken bricks sometimes drop a coin (points), an extra life, or a power-up. The power-ups are medicine (temporary invincibility), a speed-up ball, a throwing star that increases attack range, and a tram car that lets JaJaMaru run over enemies! You have to be careful, though, because broken platforms can also leave bombs that cost you a life if touched. If you collect three different power-ups, a giant frog appears that JaJaMaru rides to destroy all the enemies!

As you move through levels, the stage's aesthetic changes a little, and the enemies grow more difficult. They're all largely the same, though. They jump around and throw projectiles, and you defeat them with your own. Jumping on an enemy stuns it, which is useful. Some of the ones in later stages can't be defeated unless stunned.

In each stage, the captured princess throws flower petals. If you collect all three, you immeditely begin the bonus stage, in which you try to destroy the Catfish Pirate to rescue the princess. You can play this bonus round many times. There are 21 stages, which then repeat. You start with three lives and get an extra one at 20,000 points.

This is your basic arcade-style game that fits right in with Mappy, Mario Bros., and similar games. Because all the enemies and stages are essentially the same, the game is extremely repetitive. Personally, I like it a bit better than Mappy because I like the ninja aesthetic. I can't say, though, that I found the game all that fun or interesting. 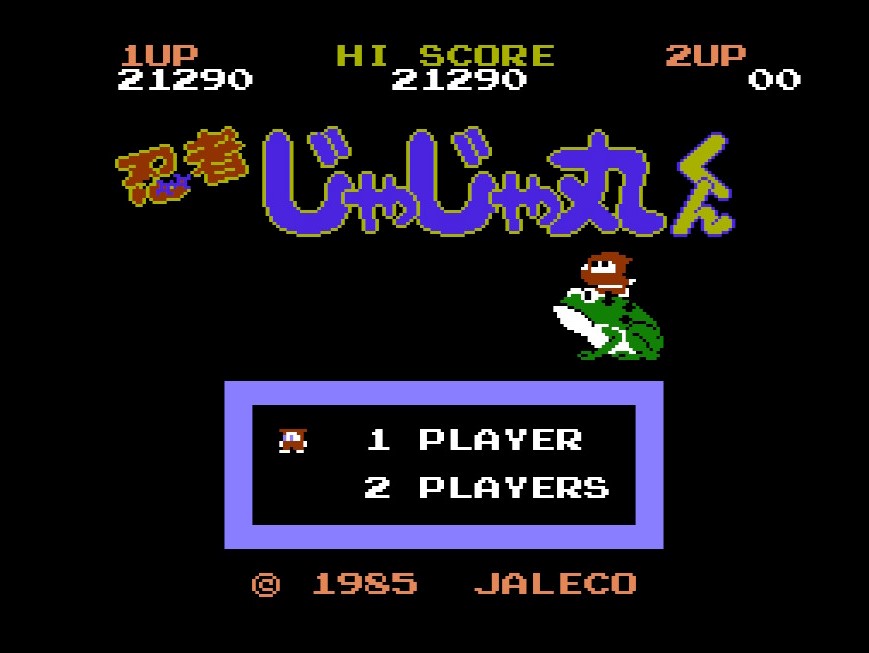 Linked Review
"Compared to some other arcade offerings on the NES, Ninja JaJaMaru-kun is better than you might expect and is especially interesting when you consider that it wasn't released outside Japan back in the day."
— Marcel van Duyn, NintendoLife, 6/10