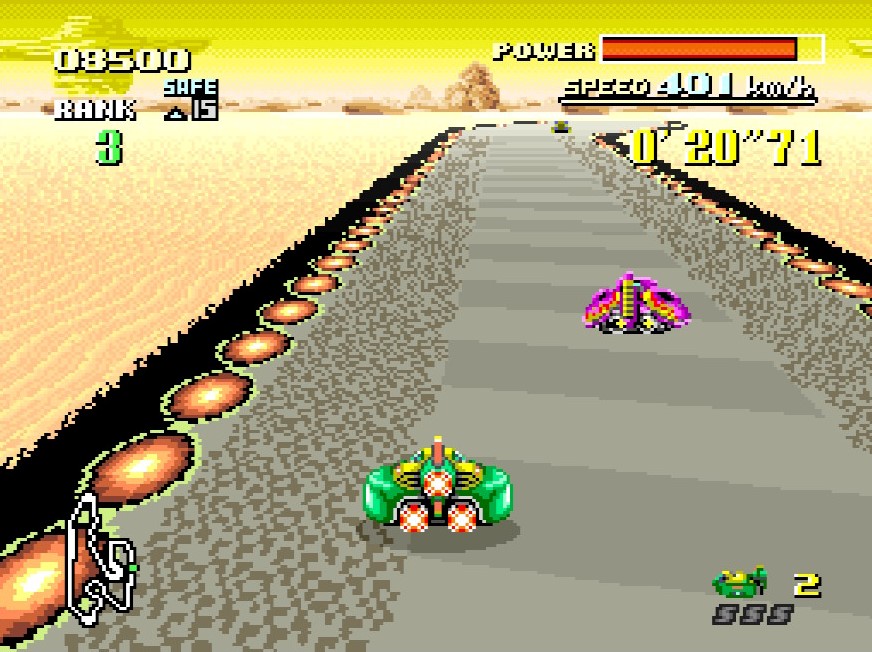 Among its SNES launch titles, Nintendo made sure to include two games that took full advantage of the system's Mode 7 scaling graphics. It needed to prove to parents that it was worth spending $200 on a new system that couldn't play all the NES games they had already bought. One of those two games was a racing game called F-Zero (the other is Pilotwings).

F-Zero is a great game. It feels like a classic racer (like Rad Racer), but with the added gimmick of taking damage. When you hit a wall or other vehicle, not only do you get banged around but you lose some energy on your Power Meter. Your top speed decreases if you lose too much power. When the Meter hits zero, your car explodes! Energy can be regained each lap by driving over the Pit Row strip, where a ship re-energizes your hovercraft from above.

The game does a great job of making you feel like you're going incredibly fast, seeing as you're piloting 26th-century hovercraft that top 400 kph. Sharp turns at high speeds require slowing down (press X or Y to brake) or (better) sliding with R and L. Failing on turns results in bouncing back and forth off walls, costing you both power and velocity. You can get up to three Super Jet turbos (press A to use).

When I was a kid, I sucked at F-Zero. I would keep bouncing off the walls until BOOM! Game Over. This is a far cry from Rad Racer, in which your car can careen through the air end-over-end repeatedly, only to somehow be set back on the course again in pristine condition. For this anniversary I played F-Zero again for the first time and discovered that, yep, it's still hard. It took many repeated attempts for me to clear Death Wind II. I wouldn't say the game is too difficult, though. If anything, the challenge keeps it interesting.

There are fifteen tracks spread across three circuits, and the game has four unlockable difficulties. It keeps records of your fastest time for each track, so there is some replayability here.

The game's biggest drawback by far is the lack of a two-player mode. Many were the children who lamented this grave and astonishing omission! It's such a missed opportunity because the flat tracks would easily lend themselves to stacked split-screen. Indeed, the game's would-be sequel, Super Mario Kart, did exactly that. F-Zero would have been much better with head-to-head. Alas.

F-Zero is renowned for its music. The songs are sort of jazzy and match the game's futuristic feel. For kids in 1991, the game looked and sounded incredible, compared to NES games. Today it looks kind of plain, but seen through the rose-tinted glasses of nostalgia it easily falls into the category classic. Personally, I still don't enjoy playing it that much, but I liked taking it in as an aesthetic experience and just sort of "vibing" with it. I'm sure many SNES players today feel the same.

One last thing: the game itself has no story; you simply select one of four vehicles. The manual, however, includes an eight-page comic about the racers called "The Story of Captain Falcon." It has an early-90's vibe to it, including great lines like "Your slimy lizard-butt is mine, creep!" and "I shall win to honor beautiful women everywhere!" 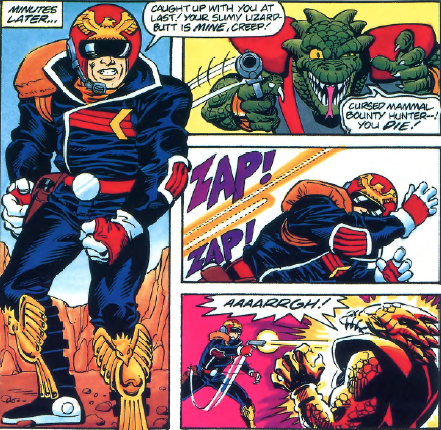 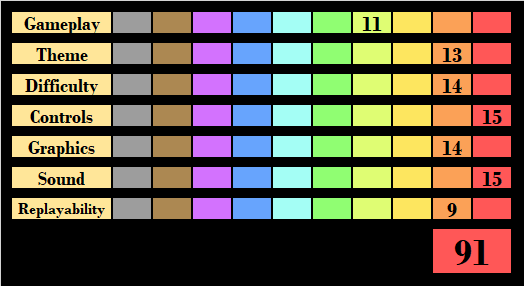 Grade: A-
Linked Reviews
"With smooth handling, tight track design for 15 circuits, and accessibly addictive Grand Prix gameplay, F-Zero is a game to repeatedly revisit, no matter which format you choose to play it on – even if it is only a single-player title."
— James O'Neill, Nintendo Life, 9/10
"The rollicking, high-spirited soundtrack and excellent sound effects only add to the immense fun."
— Pat Contri, Ultimate Nintendo: Guide to the SNES Library, 4.5/5

"This futuristic racer was hard and fast, with mind-bending Mode 7 graphics and an impressive variety of tracks to challenge even the most seasoned racing fan."
— IGN, #18 of Top 100 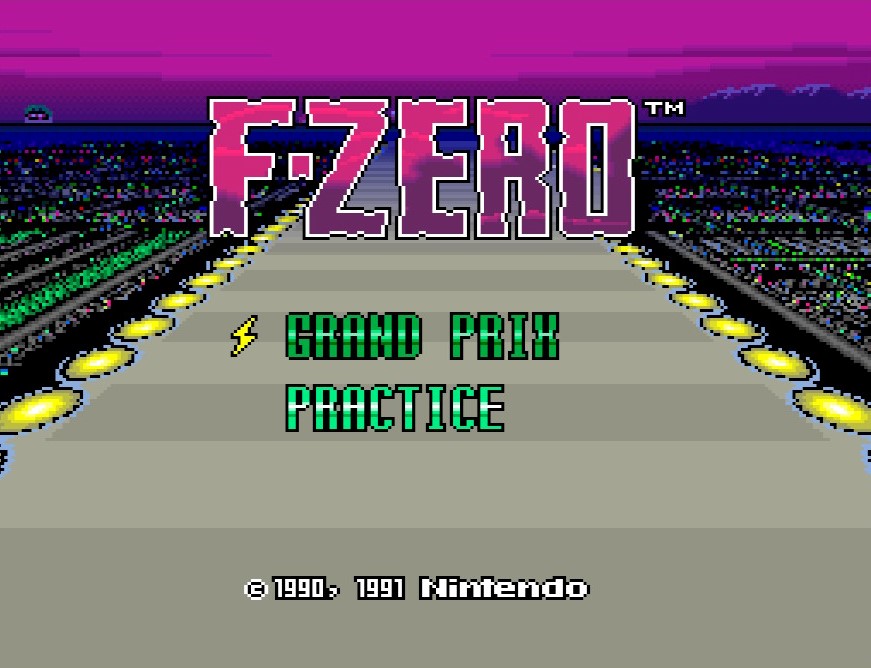