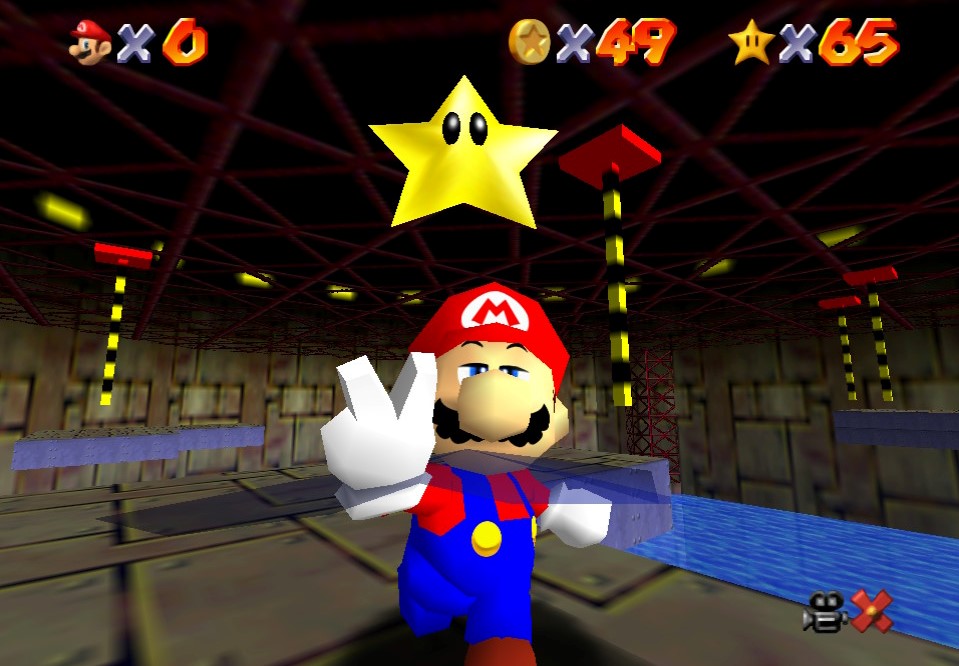 Today is the 25th anniversary of the North American debut of the Nintendo 64 and its headline game, Super Mario 64! Although the N64 didn't sell nearly as well as its predecessor consoles, Super Mario 64 lived up to its own legacy, bringing Mario boldly into the third dimension.
Watch a video version of this review

I didn't own an N64 as a child, so I only played multiplayer N64 games socially. As a result, I only played this Mario classic a couple times. That's why I was thrilled when it was re-released last year as part of Super Mario 3D All-Stars. I finally got to try it for myself, and I was not disappointed.

It was tricky to get used to, though. Moving Mario in three dimensions is a lot harder than in two, especially when you have limited control of the camera! Mario doesn't always move in the precise direction you want, which can be problematic when he's on a tight ledge. And the control limitation has only gotten more frustrating with time, since modern games have fully-controllable, 360-degree cameras. Mario 64 has several tricky jumps, and I had to stop and carefully position both Mario and the camera before jumping, lest he fly off at the wrong angle.

Nevertheless, it didn't take too long before I felt confident handling Mario, and from then on I was engrossed in his quest for the 120 Stars hidden by Bowser. Somehow his removal of the Stars has caused the mushroom retainers of Peach's castle to become stuck in the walls (which is weird, especially since they look like ghosts standing next to the walls). But we don't play Mario games for the "plot"!

Super Mario 64, being the first 3D Mario game, shakes up the conventional gameplay. Instead of playing through worlds made up of linear stages, there are only fifteen stages accessed by various portals in the castle, some of which require a certain number of Stars to open and others of which are hidden. While that sounds like very few stages (and it is), each is huge compared to the 2D Mario games. And instead of being linear, they are completely open, with many different areas to explore. The goal isn't to reach the end, since there isn't one, but to find the six Stars hidden in each stage. Whenever you find a Star, Mario exits the stage, and you can re-enter to seek a different one or move to another stage.

Although not an open-world game, it still feels very open, especially since the castle itself needs to be explored. Far from being a simple map or stage-select screen, it contains various secrets of its own, including the very entrances to some stages. I'll admit I looked up where to find the eighth stage (Shifting Sand Land), which requires you to jump through a nondescript wall in the basement!

The exploratory nature of the game is complemented by a wide range of jumping skills that Mario is given: double and triple jumps, backwards leaps, running leaps, wall jumps—he does it all! The first time I played it as a kid (briefly), I remember the thrill of being able to move him all over the place with all manner of crazy jumps. You have to be careful, though, as Mario can jump right off the open-air stages like Tall, Tall Mountain. 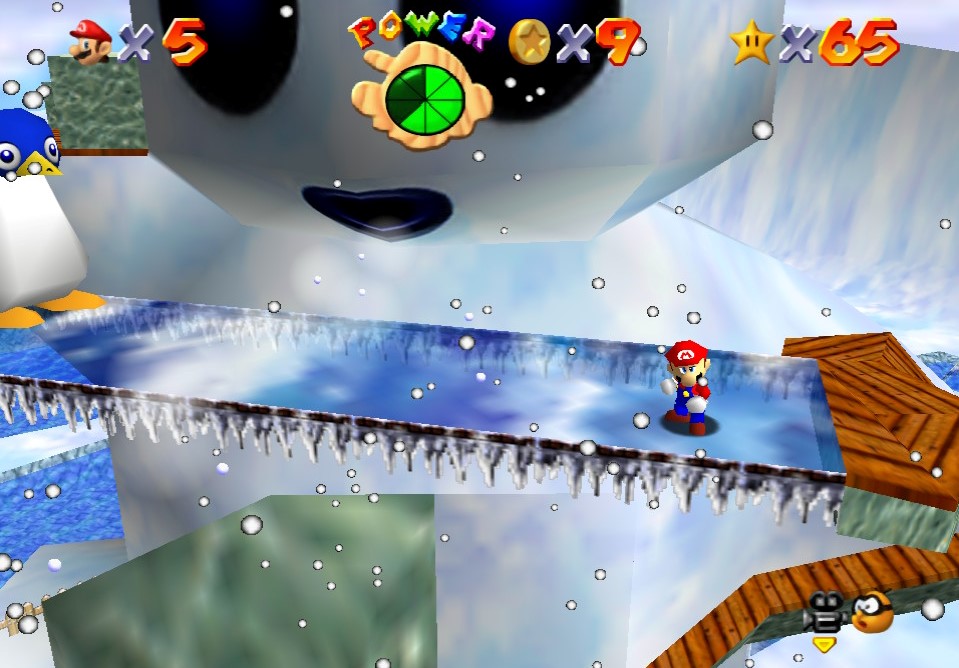 The various stages are well designed and interesting, and they are where this game, like all Mario games, shines. With so few stages, it's important that each feels unique. Only two stage types (underwater and snow) have a second instance. I wish there were more stages, but with all the Stars to find, it's not like the game is lacking replayability.

I do prefer some stages; in particular, the water stages aren't my favorites. Mario feels very slow and hard to control when he's swimming, and he has to keep collecting coins to replenish his air supply, or swim back up to the surface. If he runs out of air, he drowns in a disturbing animation.

Perhaps because I didn't play it as a kid, I find this game much harder than the 2D entries. Some of the Stars are tough to get, so much so I got to experience again that childhood feeling of wanting to throw the controller across the room. Fortunately, you only need 70 Stars to beat the game, so you can give up on the harder ones (unless you're a completionist like me).

Mario has to face Bowser three times during the game, and in each case he beats him the same way: by grabbing his tail, swinging him around, and throwing him into bombs. Amazingly, Mario can rotate in place around an axis, with no apparent means of propulsion! Honestly, I found spinning Bowser around tedious after a while, especially since I usually missed the bomb I was aiming for. But the Bowser fights have never been the highlight of the series: after all, in the original Mario could literally run right through Bowser to the goal, as long as he was Super, or just stand back and shoot him with fireballs if he had a Fire Flower.

Sadly, the Fire Flower is not in Super Mario 64 nor are the Super Mushroom and Super Star. Instead, Mario gets various colored caps, which he must first enable via a big switch, like in Super Mario World. These let him fly, turn to metal so he can walk underwater, and become temporarily invisible. Mario can't become Super at all; instead he has a life meter that can be replenished with coins!

Super Mario 64 is populated by 3D versions of the classic enemies of the earlier games. There are several new enemies as well, but they are forgettable. Enemies like Scuttlebug (a spider), Spindrift (a flower), Skeeter (a water strider), and Mr. Blizzard (a snowman) feel generic and lack the quirky charm of, say, your Goombas and Koopa Troopas. None of these additions left much of a mark on the series. (The only Spindrift anybody today has heard of is sparkling water.)

The game features great music, which seems to be as iconic for gamers a bit younger than I as the 8-bit tunes are for me. We need to talk about the graphics, though. The blocky, polygon-based sprites are pretty wonky-looking. My children think they look horrible and refuse to touch the game, preferring the more modern look of Super Mario Galaxy. Even when Super Mario 64 was brand new, the graphics were a little dubious. Moving to 3D at the cutting edge of technology in the mid-90's meant tolerating a whole lot of polygons. As a result, Super Mario 64 looks dated in a way that Super Mario World from 1991 does not.

The big question at the time was whether the Mario series was improved by making the transition to 3D. Nintendo had no choice, of course; 3D was clearly the future of gaming and their next system had to be 3D. But a decade later Nintendo launched a side series of 2D Mario games called "New Super Mario Bros.," which has made four popular titles so far. The resurgence of 2D platformers like Axiom Verge suggests that 2D games are not and never will be obsolete. Some players prefer the tight handling and pixel look of yesteryear.

That's not to say that Mario should go back to being 2D by default any more than Link and Zelda should. Both series are big enough to support two lines, and an open-world Mario game is almost certainly what's next for our mustachioed plumber. For me, though, as fun as the 3D entries like Super Mario 64 are, I will never find them as appealing as the 2D ones. Plus, where's Luigi!? 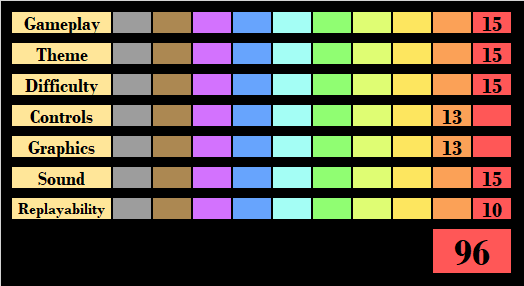 Linked Reviews
"For those of you who have never delved into Miyamoto's original 3D world, you owe it to yourself to do so."
— Jonathan Town, Nintendo Life, 10/10

"Super Mario 64 may lack the retrospective elegance of the other games in this franchise, but it's camera issues and moments of utterly infuriating platforming and precision feel like broken eggs on route to the omelette of progress."
— Jeremy Parish, Video Works 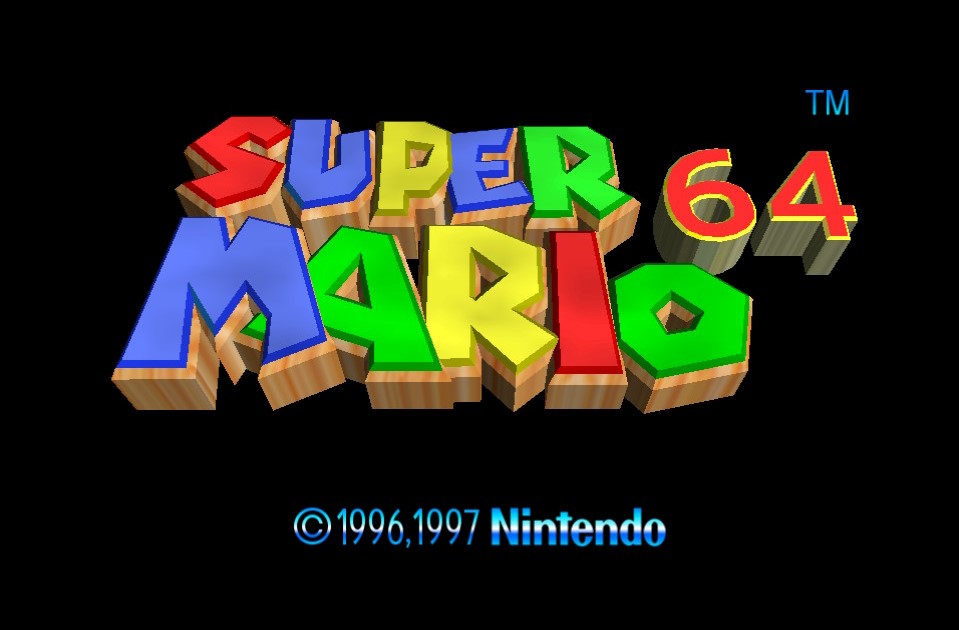