Ikari Warriors: Will you draw the first blood? 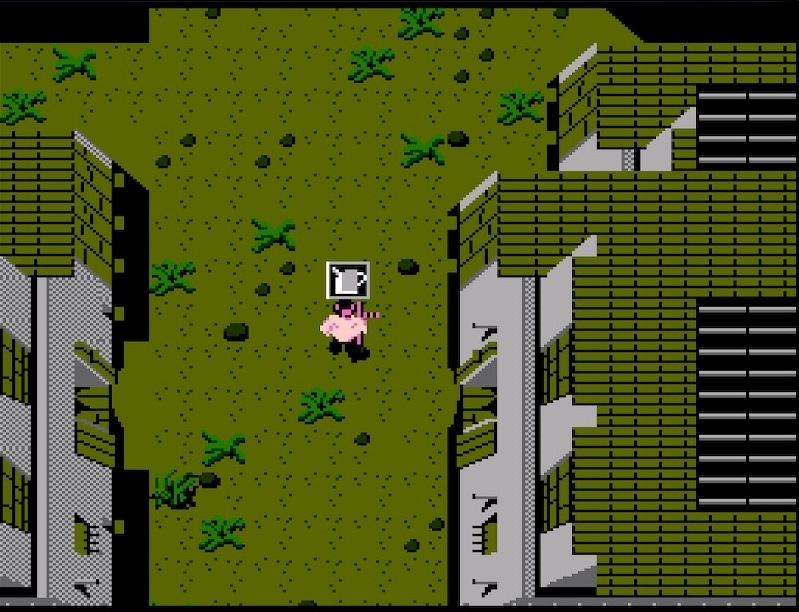 Ikari Warriors on the NES is a port of the 1986 arcade game by SNK. It's a run-and-gun vertical shooter based on the movie Rambo II. However, SNK never acquired the licensing rights, so they renamed it Fury—not a bad title, but then it was changed to Ikari Warriors in English translation.

What made Ikari Warriors popular was its use of two rotary joysticks, which allowed the player to control both the direction in which the hero walks and, separately, the direction in which he shoots his machine gun. However, NES controllers have only a d-pad, so the game's best feature could not be transferred. Even worse, in a case of excessive fidelity, the characters still rotate as they move, even though you can no longer control this rotation independently from movement direction. As a result, turning around to face enemies coming from different directions is slow. The original game had agile characters who could strafe, but the NES versions can't even turn around effectively! They walk as if they were vehicles banking in small arcs, which is not what you want when enemies are swarming you!

This defect is somewhat compensated for with more content. The arcade game is a single stage that loops endlessly, but the NES version has four levels! Don't get too excited, though, as it's mostly more of the same, only with different color palettes. The original has five power-ups (Speed-up, Long range, Fire Power, Blast, and Kill), plus ammunition and grenade refills. The NES port adds six additional, hidden power-ups, which are found by destroying certain objects with grenades.

The gameplay itself is repetitive and uninteresting: you move your character up the screen, shooting enemies, dodging "bullets" (slow-moving circles), and avoiding stationary obstacles like walls and rocks. The best part is when you get into a tank or helicopter. Unfortunately, the game, like so many NES games, uses one-hit kills, so unless you're very good, your run in a vehicle won't last long. There is a secret code (A, B, B, A) that lets you continue right where you died. Without this code, the game would be next-to-impossible. There is a long pause before the game restarts, so a lot of kids probably discovered this code by mashing buttons while waiting.

The arcade game doesn't look or sound especially great, and the NES port is a step down from that. Combine this with the boring game play, sluggish controls, and high difficulty, and you have a mediocre game. The hidden power-ups and additional levels on the NES aren't worth sacrificing the dual-joystick controls, so if you want to try this game, go with the arcade original. Personally, I'd rather play Gradius or Contra. 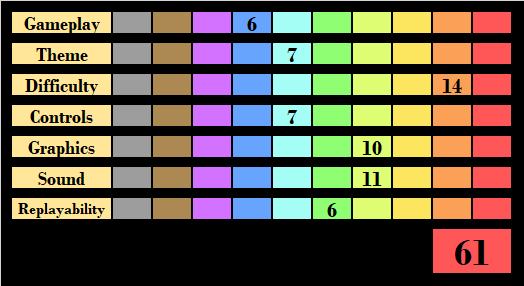 "The monotony of the stage design, unfair scenarios, and extremely long and unfun levels will prevent most players from wanting to complete this one."
— Pat Contri, Ultimate Nintendo: Guide to the NES Library, 2/4

"There's simply no way to translate the rotary-stick mechanic to a d-pad in a satisfactory way, meaning Ikari Warriors on NES was a losing proposition from the outset."
— Jeremy Parish, NES Works 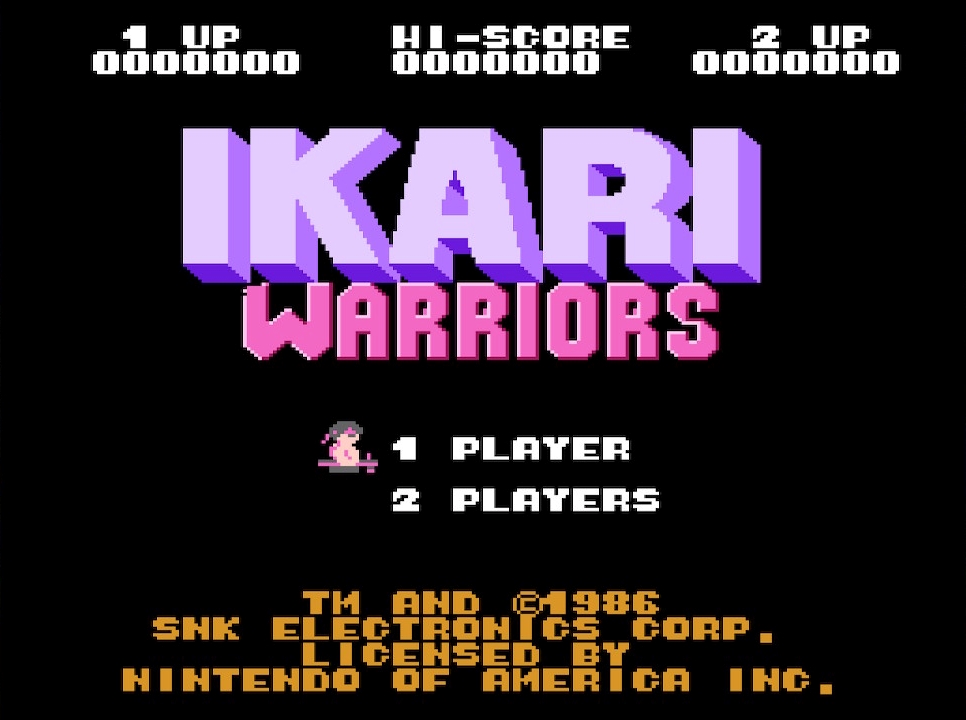