Soccer on NES is a lot like Baseball on NES: little, identical sprites play a rudimentary facsimile of the sport in question. Nevertheless, among the sports launch titles, I found Soccer the most enjoyable.
NES Soccer offers you something approaching the level of control you want in a sports game. When in possession of the ball, you use the d-pad to cycle through players, then press B to pass to the selected player. On defense, B cycles through which player you control with the d-pad. The goalie always moves up and down with whichever player you control, so you don't need to switch to him. When shooting, the d-pad moves a target arrow displayed inside the goal up and down. All this is a stark contrast to Baseball, where you can't even control the fielders!
As in Baseball, you choose your team, though this is purely graphical. But in Soccer you can also choose the difficulty of the opponent. I was barely able to beat level 3 (of 5). You also choose the length of the game; the shortest goes by quickly, which allows you to get in a quick game. At any length, there's a half-time show in which pink cheerleaders dance around the field! During a match, there's even background music. It's nothing to write home about, but at least it's there! 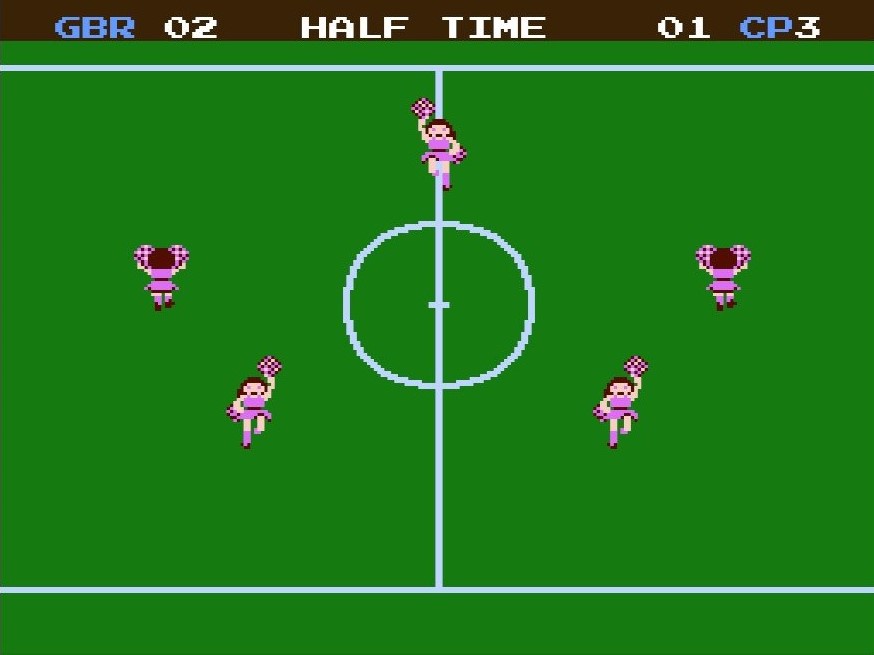 I find Soccer more enjoyable than other sports because of its constant back-and-forth action. I played the game single-player, but I'm certain it's more fun playing against a friend. Though it can't hold a candle to the later Nintendo World Cup, its little extras make Soccer less primitive and more fun than Baseball or Golf.
Linked Reviews
"Soccer is a misunderstood, fascinating look into the early days of the NES that would pave the way for future sports video games."
— Jake Shapiro, Nintendo Life, 5/10
"Soccer is actually playable and represents the sport's experience properly, unlike Baseball where you cannot even move your fielders."
— Pat Contri, Ultimate Nintendo: Guide to the NES Library, 2.5/5
"I realize 'This boring game doesn't overstay its welcome' is faint praise, but it's better than you'll find in a lot of middling sports adaptations from this era."
— Jeremy Parish, NES Works 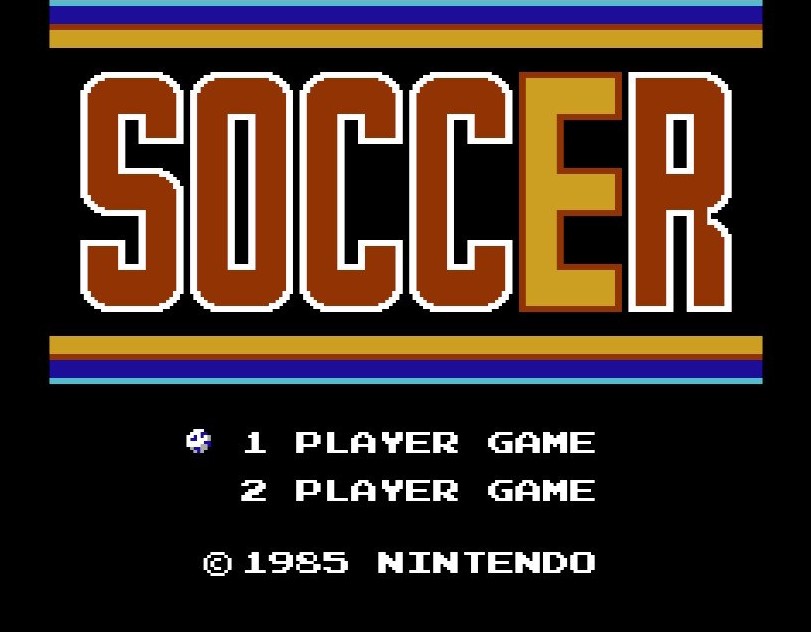