NES Tennis: Yet another sports title 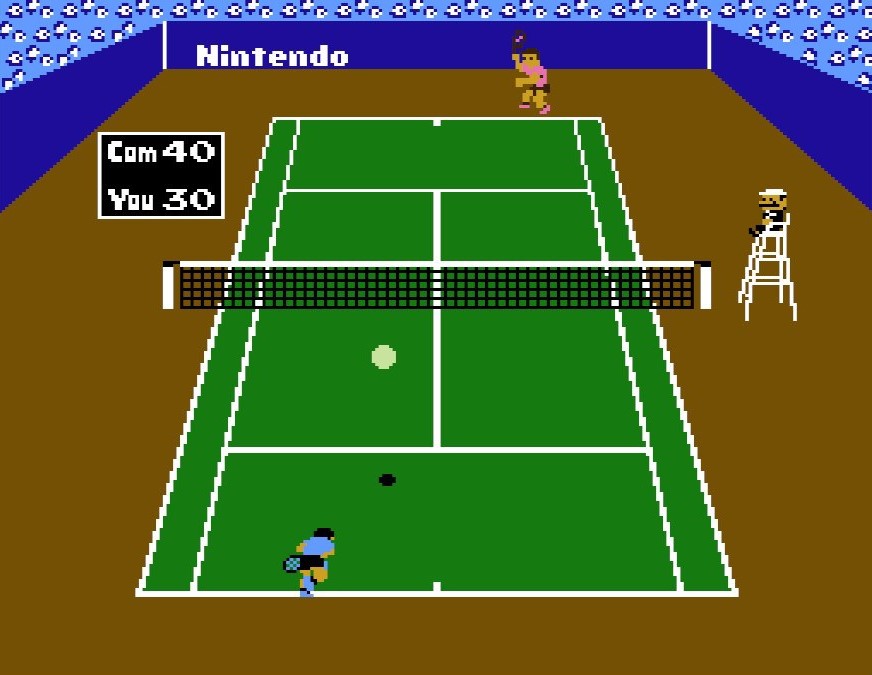 Tennis is the last sports launch title I'll be playing (sorry, 10-Yard Fight, no one likes you), and it's not awful. As with Soccer, I had such low expectations that I was not disappointed.

Bits of Tennis are found in the game NES Remix, so I knew what to expect. I mean, it's tennis, so you're bouncing a ball back and forth across a net. The action is fast paced and challenging, which is why it's still somewhat enjoyable.

Tennis mostly does what you'd expect: you control a player, who runs around hitting a ball back and forth over a net against a computer-controlled player. If you're quick enough, you can volley (hit the ball back without letting it bounce), but I found this usually resulted in the computer scoring against me. Eventually, either you or the computer will miss, and it's on to the next serve. I struggled to figure out how to get the ball to go where I wanted, so the whole experience felt random.

You can choose the difficulty level but not the length. You have to play a full match of tennis, which is long! A match is the best of three sets. To win a set, you must win six games and be at least two games ahead of your opponent. A game would typically last a couple minutes, so the whole match lasted about half an hour. I stopped playing after my first match (which I lost), because I had no desire to play again. That match was fun enough, but what would be the point of playing again? I'd rather play Super Mario Bros. 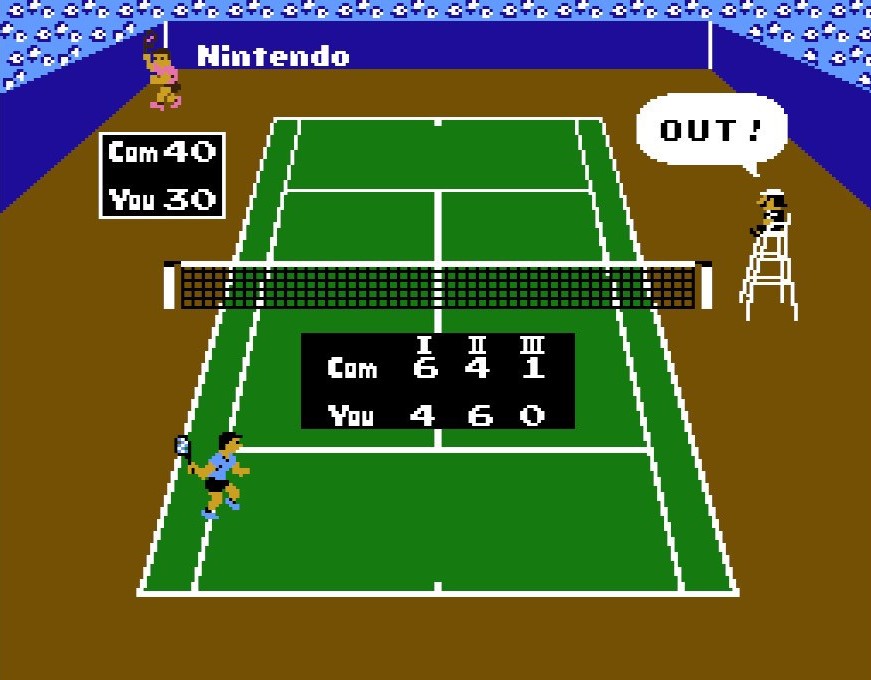 One big downside of Tennis is that the two-player mode is cooperative (doubles). They had to do it this way because the opponent's side of the court is in the background and therefore appears much smaller. I'm not sure why they didn't do it left and right like in Soccer. The frontal perspective is kind of nice, but probably not worth losing competitive two-player. 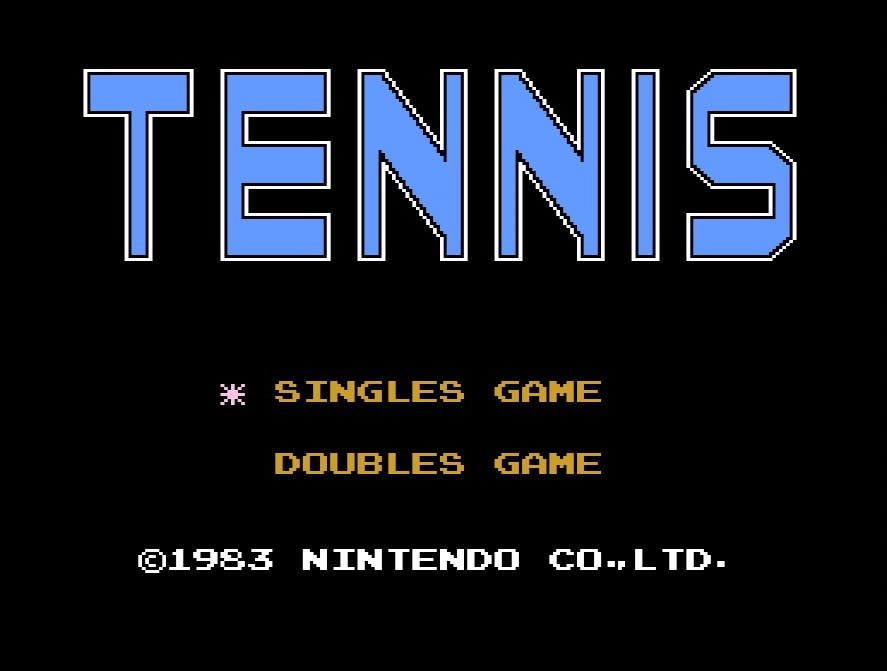 I wouldn't recommend NES Tennis, but it's all right. I liked it better than Baseball. 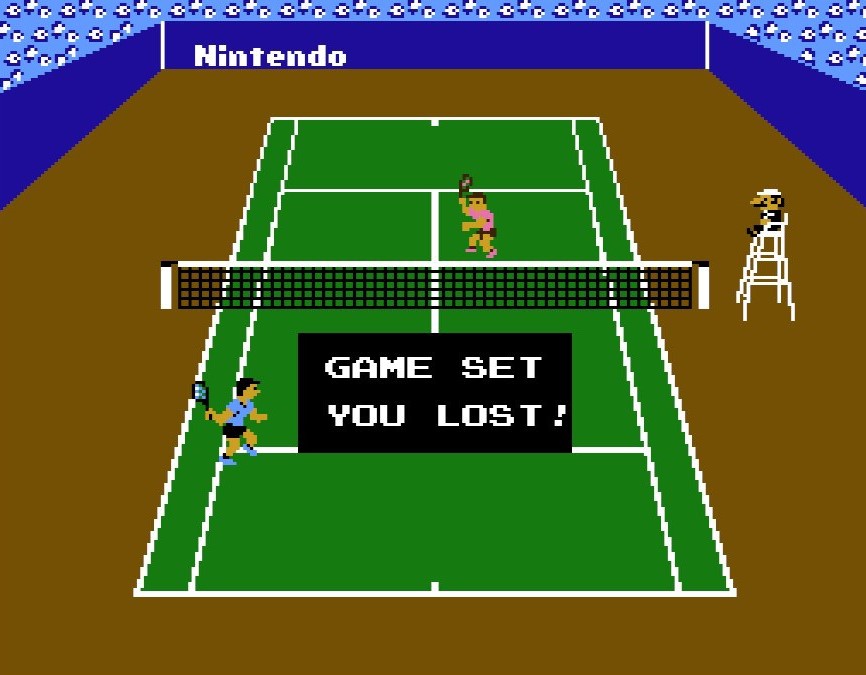 Linked Reviews
"Tennis is playable, but considering that stands as one of its primary advantages, it's a backhanded compliment."
— Stephen Kelly, Nintendo Life, 4/10

"Tennis isn't bad by any stretch of the imagination, but that doesn't mean it's good, either."
— Pat Contri, Ultimate Nintendo: Guide to the NES Library, 2/5

"NES Tennis holds up well—there is, after all, only so much you can do with a real-world sport whose basic format is simple enough that it could be distilled down to serve as the topic of the world’s first video game."
— Jeremy Parish, NES Works