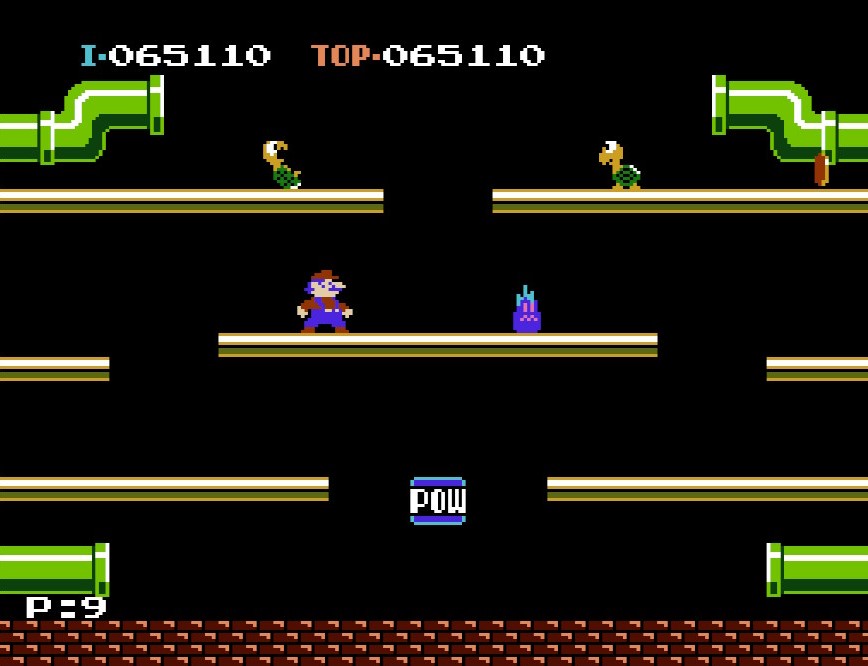 The original Mario Bros. arcade game holds a special place in my heart because I played it once when very young at Chuck E. Cheese. It had already been succeeded by Super Mario Bros., but it still seemed so cool to me.

Mario Bros. introduced Luigi and established the brothers as plumbers (in Donkey Kong Mario was a carpenter). This is shown through iconic green pipes in the corners. The goal of the game is to clear the screen of "pests" by jumping and hitting them from below, then kicking them away before they flip back over. There are three main enemies: Shellcreeper (a turtle, the predecessor of Koopa Troopas), Sidestepper (a crab), who becomes fast when hit and must be hit again, and Fighter Fly, who jumps. Each time you clear a pest, a bonus coin appears. Fireballs also bounce around the screen. A POW Block can be hit three times to flip over all enemies (except Fighter Flies in mid-jump), collect coins, and elminate Fireballs. You can't rely on this, however, as it only refreshes after the bonus stages.

The simple platforming holds up well, as evidenced by the game's repeated incorporation as a mini-game into later Mario games, most notably Super Mario Bros. 3. In SMB 3, it's only available in two-player mode, which is indeed when Mario Bros. is at its best. The fact that the two players can choose to try to help or hinder one another is great fun. Even when working together, you will at least compete for the coins!

The arcade game has 35 unique "phases" (stages), five of which are bonus stages in which you try to collect ten coins in twenty seconds. The NES version has only eleven unique stages. Like Pac-Man, the layout never changes, but the number and combination of enemies does. In the first phase you need only defeat four Shellcreepers, but things get trickier quickly. In the ninth phase, Slipice is introduced, which freezes platforms. Frozen platforms are slippery (duh) and drop deadly icicles. 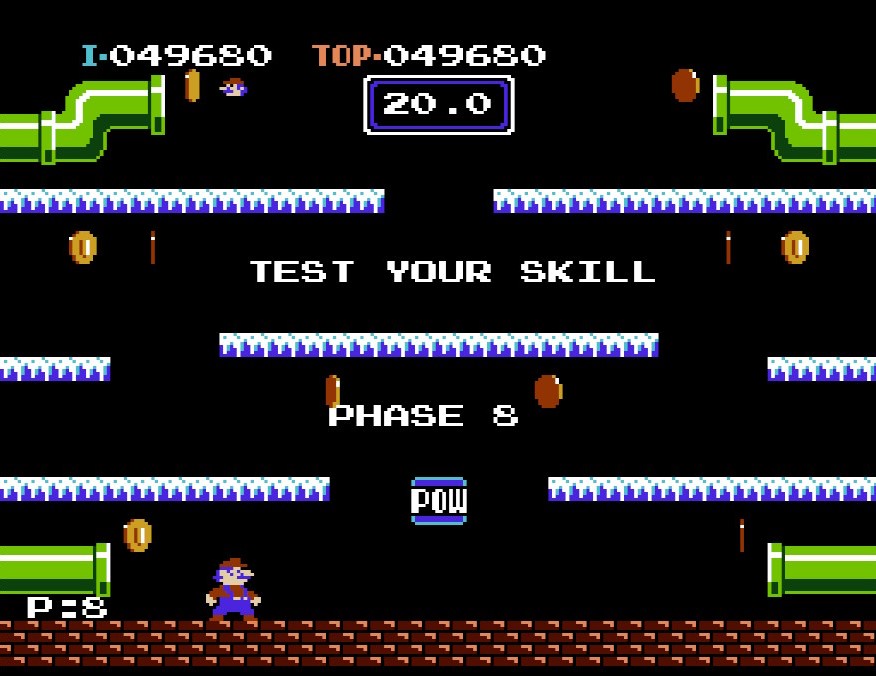 The game's main shortcoming is stiff handling. The jumping and skidding is similar to Ice Climber, but not nearly as bad. This was presumably by design, but all remakes of the game have improved the controls to make them smoother. Another downside is that it has no background music (just jingles between levels) and mediocre sound effects. The visuals, however, are a textbook example of early 80's goodness. The cast of creepers is delightful. Unfortunately, the NES sprites are smaller and less colorful than their arcade counterparts (but see below).

They also removed the cute animation of the Shellcrawler exiting its shell, kicking it right side-up, and getting back in. Gone as well are the cut-scenes between some phases, explaining how to defeat the new enemy. One aesthetic change was also made: the original changed Mario's hat to blue, but the NES version reverted it to its iconic red color. Maybe it's just me, but I like the blue hat! Although the arcade version is superior, the NES port is still very good, and I can't imagine anyone at the time having complained. The only problem, perhaps, was it probably felt a bit dated by 1986.

Interestingly, Europe got another NES port in 1993 under the banner "Classic Series." This one is a nearly perfect recreation of the arcade version, but with the ability to change directions in mid-air (and Mario's red hat). This version is better than the original NES release. In fact, it's arguably better than the arcade original, thanks to the smoother controls. It was a brilliant example of updating a then-10-year-old arcade game while remaining faithful. Too bad it didn't come to the U.S.!

The goal of Mario Bros. is to get a high score (mine is 95,160). As with the Donkey Kong games, the NES version is easier, especially on mode A. A couple tips for getting a high score: If you can knock out two enemies right in a row, you get an extra 800 points. Hitting a red Fireball from below gets you 1000 points. The world record is a whopping 5,424,920 points, set by Steven Kleisath in 2015. If you want a heart-warming pandemic story, you can read about how Kleisath and the #2 record holder, Stephen Boyer, scored more than one million points playing the game cooperatively over the internet.

I still love playing Mario Bros. in 2021. Truly it is a Nintendo classic. 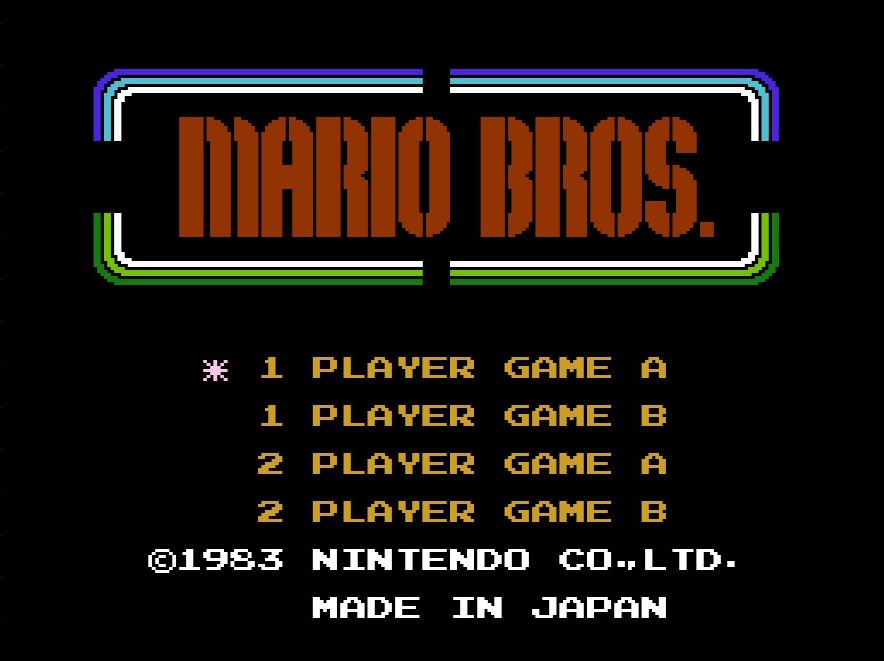 "The game is fun in its own way, but it doesn't quite dig its hooks into us the way Donkey Kong did before it, or Super Mario Bros. did afterward."
— Philip J. Reed, NintendoLife, 5/10

"It's not my favorite arcade game by any means, but it's fun and challenging."
— Pat Contri, Ultimate Nintendo Guide to the NES Library, 3.5/5

"It's a pivotal title in the Nintendo pantheon. But by the time the NES version reached the U.S. and Europe, Mario Bros. was yesterday's news."
— Jeremy Parish, NES Works