NES Pro Wrestling: More than a meme, less than a classic 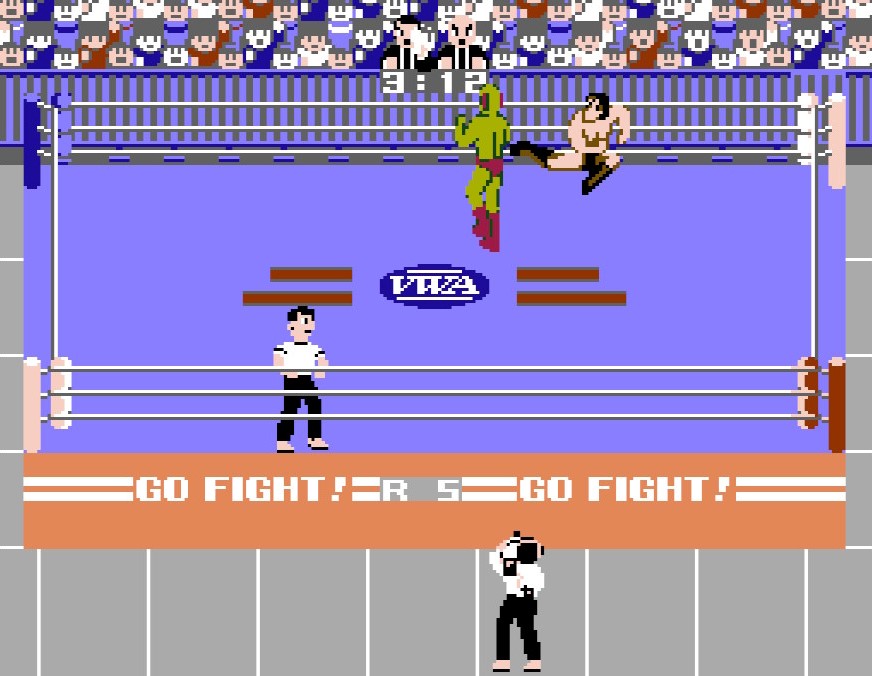 Pro Wrestling was the first and only wrestling game Nintendo ever made. It's become a bit of a cult classic thanks to its victory text: "A WINNER IS YOU." The game is somewhat impressive for 1987 but like many NES games doesn't hold up today.

First, the good: the game features six playable wrestlers, each of whom has one or two special moves. King Slender, for example, can perform a backbreaker if you press A while grappling. This fact alone places Pro Wrestling well ahead of all the sports launch titles and both early fighting games (Karate Champ and Urban Champion). It is by far the best player-v-player NES game I've played so far.

Not only are the characters unique, but they have personality and even stats screens that display when you start the game. Several are based on real 80's wrestlers (King Slender = Ric Flair; Giant Panther = Hulk Hogan; Fighter Hayabusa = Antonio Inoki, a famous Japanese wrestler). The roster is rounded out by Star Man, a Mexican luchador; Kin Corn Karn, a Korean karate master; and a monster-like fighter called The Amazon (who looks like the inspiration for Blanka). These colorful and unique characters are the best part of Pro Wrestling. The game features all the basics of professional wrestling, including jumping off the top ropes, running and bouncing off the ropes, and fighting outside the ring. Naturally, you win by pinning your opponent for three seconds. Instead of trying to pin him when he's down by pressing A, you can lift him up by his head by pressing B, so you can wear him down some more first. You win the game by beating all the opponents in succession, though the game is no doubt best enjoyed by playing against a friend.

My main complaint about the game is the controls, which I found hard to use. I couldn't beat the computer (granted, I suck). Whenever I would hit the opponent and then lift him back up for another attack, I couldn't get the timing right. If I pressed the attack button (A is kick, B is punch) right away, my character would do nothing and then get counter-attacked. But if I waited, my opponent would recover and hit me instead! Either way I would get hit. I also struggled to initiate grapples. They happen automatically when the wrestlers are next to each other, but usually I would get hit if I tried to start one; other times we would just move past each other. When we did grapple, more often than not the computer would execute his move. Apparently my reflexes are too slow. Unfortunately, there is no difficulty setting to adjust.

As cute as the game is, it lacks depth. It's hard to see anyone playing it for more than a few minutes nowadays. But for the time, it was the best option for kids who wanted to have a simulated fight against a friend or sibling. Grade: B-

Gameplay: Fun, but perhaps not for everyone (16/20)
Theme: Compelling, well designed concepts and characters (20/20)
Controls: Controls are solid, if occassionally irritating (12/15)
Difficulty: Hard to the point of frustration (12/15)
Graphics: Good-looking if a bit lackluster (12/15)
Sound: Music and sounds are repetitive and generic (9/15) 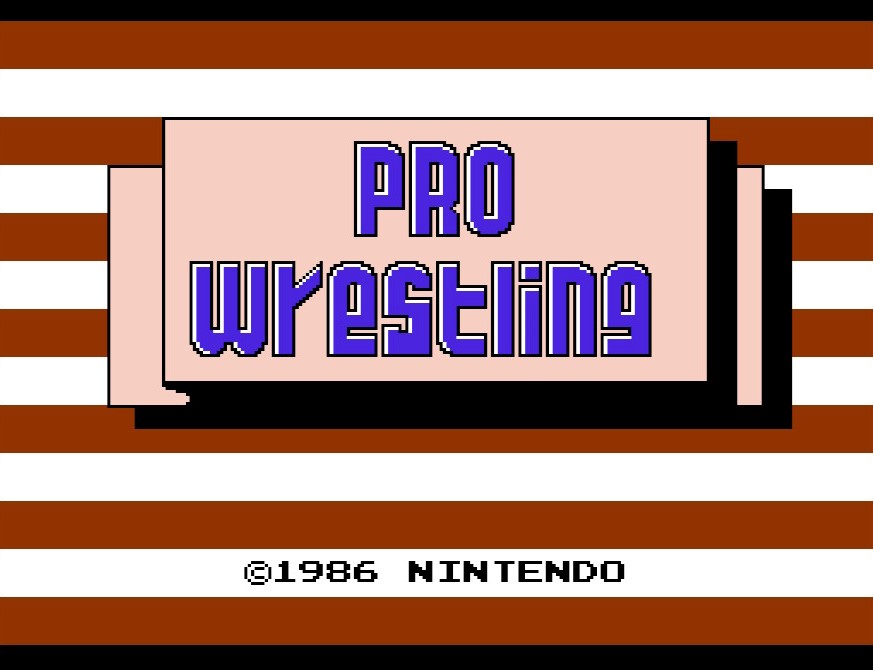 Linked Reviews
"Pro Wrestling is still the kind of game that's fun to play drunk at a party, which makes it about as close to timeless as you're gonna find in a Black Box game."
— Jeremy Parish, NES Works