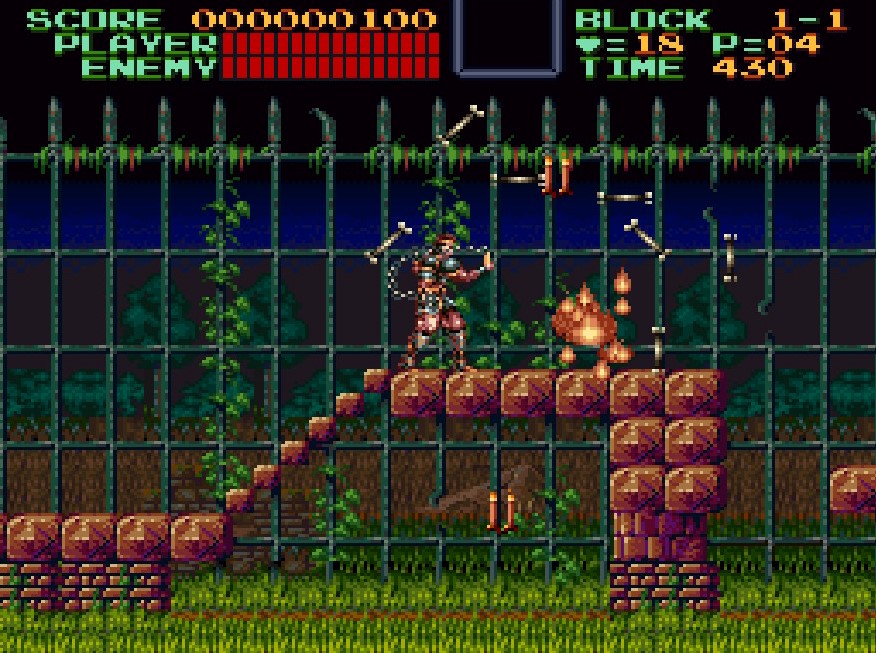 Super Castlevania IV should just be called "Super Castlevania" because it's not a sequel. Although not a remake of the original Castlevania (the levels are all-new), the gameplay, main character, story, weapons, and enemies are the same, as Simon Belmont fights his way to Count Dracula's castle to slay the vampire. Basically, Konami took every idea from the 8-bit original and made a new 16-bit game from it. And it worked great!

If you liked Castlevania, you'll love Super Castlevania. It's like the same game you remember, only better in every way (not unlike what Nintendo did with Super Metroid and The Legend of Zelda: A Link to the Past). The biggest improvement is the 16-bit graphics and sound. The soundtrack is a delight, and every level looks unique with nice parallax backgrounds. Playing this two months after I played Castlevania, I realized what a leap forward the SNES was. Super Castlevania looks better, sounds better, controls better (Simon isn't so stiff), has more interesting—and just more—stages, and the difficulty is more reasonable (though still tough at times). My only complaint is it doesn't include any of the innovations from Castlevania III: Dracula's Curse, such as branching pathways or multiple characters. Still, the overall presentation and quality are so high I don't think that matters.

In terms of gameplay, the biggest improvement is that Simon can now whip upward, including at a 45-degree angle in either direction! In fact, when he's jumping, he can even whip in all three downward directions (though I can't say I ever needed to do that). The ability to whip in any direction greatly increases his ability to take out any monster with ease. In fact, he may even be overpowered in Super Castlevania. The whip is so versatile that I never needed to use the other weapons. I was expecting new weapons, too (as in Super Ghouls 'n Ghosts), but it's still the same cross, dagger, axe, holy water (aka fire bomb), and stopwatch.

I enjoyed playing Super Castlevania from start to finish. Although it has some tricky spots, and annoyingly still sends you all the way back to the beginning of the "block" (or "stage") after a Game Over, it never gets too hard. Only one level frustrated me, and it's the last before the final bosses. In B-2 Simon has to ascend a series of staircases that fall as he walks on them, which would be fine except the game's controls have this quirk where you have to hold ↑ for Simon to land on a staircase from a jump. If you don't, he falls through it! I didn't even understand how you were supposed to proceed and had to look it up to find out about holding ↑. That feels like a design flaw.

Once Simon gets past the staircases and a difficult segment with floating platforms and instant-death spikes in the ceiling, he reaches a gauntlet of three bosses before he faces Dracula himself. This is a nice touch, to cap off the game with four battles instead of just one. The second of these is a reprise of the Grim Reaper from the first game, and once again he is quite a challenge, possibly harder than Dracula. Happily, the game lets you continue from after each boss battle, so you don't have to beat them all at once.

There's also an interesting secret right before Dracula: if Simon jumps off the ledge at the bottom of the stairs, he lands on an invisible platform and receives the cross, 99 charges, and the Double and Triple Shot! This makes the final battle much easier since you can spam the cross into the air wildly, counting on its boomerang effect to smack Dracula in the face regardless of where he appears or which way Simon is facing. Unlike in the original, Dracula doesn't have a second beastly form. After the credits, there's the standard Second Quest (harder difficulty).

Although there is nothing extraordinary about Super Castlevania IV, it does what it does very well. While I wouldn't put in on the same plane as first-party hits like Super Mario World, it's a great game that holds up today. 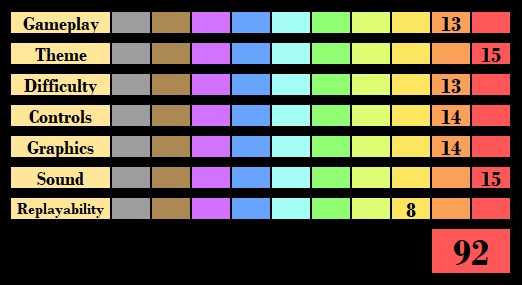 Linked Reviews
"It looks and sounds gorgeous, is challenging without being punishing and is a fitting upgrade to the NES classics many gamers grew up on."
— Steve Bowling, NintendoLife, 9/10 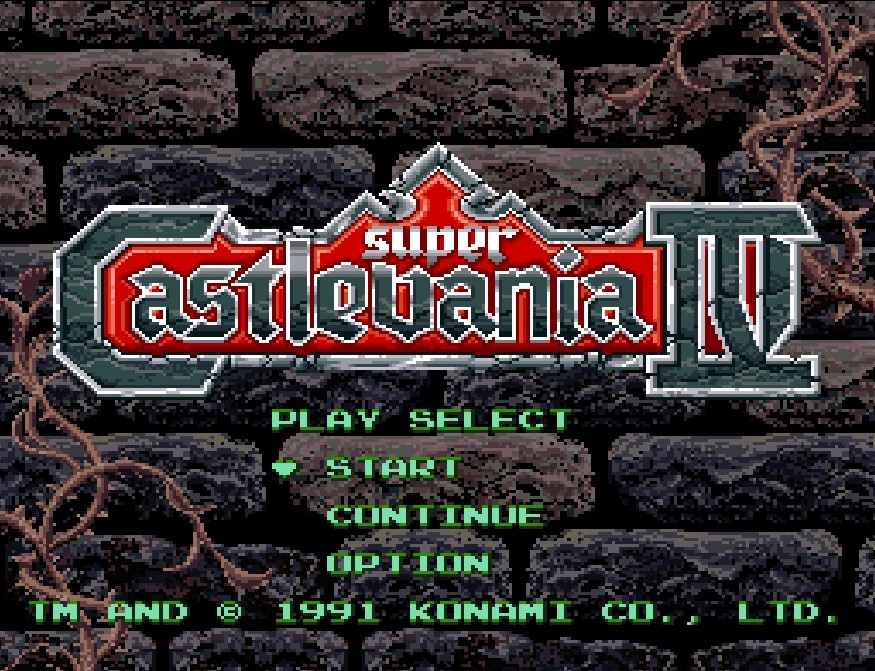