Spelunker: Is it the worst NES game? 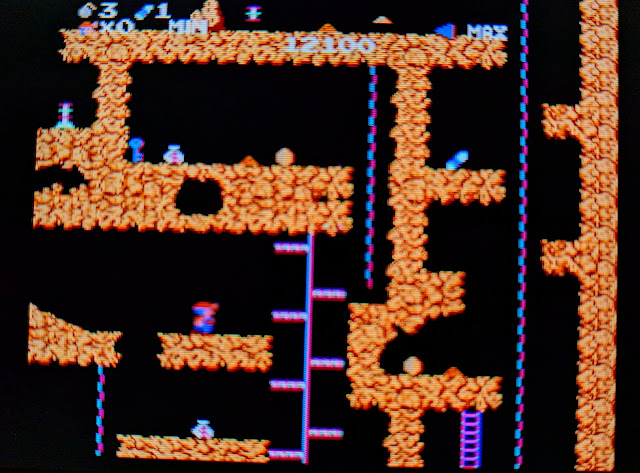 Spelunker on the NES may be the worst video game I've ever played. It was originally released for the Atari computer in 1983 and then the Commodore 64 in '84, and it shows. By the time it came to the NES in 1987, it was very dated.

Spelunker is a platforming adventure game in which you explore a cave, picking up keys and other items. Proceeding to the next section of the cave (stage) requires getting the keys to open the red and blue doors. Hazards stand in the spelunker's way, such as rocks, ditches, and piles that shoot steam. Falling in a ditch or getting blasted with steam kills the spelunker instantly. He can pick up bombs and then use them (press ↓ and B) to blow up rocks obstructing his path. You have to run away or the explosion kills the spelunker, too!

There are only two enemies: bats that poop on the spelunker, which kills him, and a ghost that keeps showing up and giving chase. The ghost can be defeated with your gun, called the Phantom Blaster (press B). When hit, the ghost keeps coming as it slowly fades away, so if you don't shoot it from a sufficient distance, it will still get you. Also, the spelunker fires for several seconds, whether you want him to or not, and he can't move while firing! The bat can be defeated by picking up a flare and then using it (press B while holding ↑). 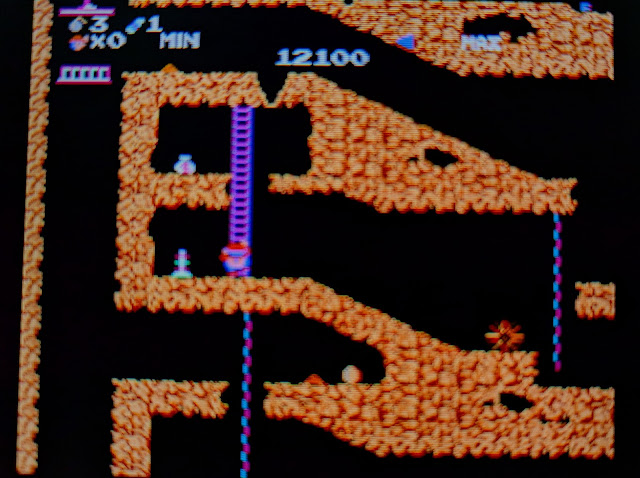 The game's true villain is the controls and the jumping/falling mechanic, specifically. This game has by far the worst controls I've ever used. Simply moving the spelunker back and forth or jumping over a stalagmite is fine, but whenever he has to climb up or down a rope or use moving platforms—which is frequently—his doom is nigh. The only way to safely alight from a rope is to jump off it. (Nevermind the fact that ropes don't work like that.) You have to press the direction you wish to go, then immediately hit A. If you push A too early or too late, he falls off the rope and dies. Jumping between moving platforms requires equally precise timing: if he falls too far, he spontaneously expires in mid-air! It's reminiscent of Mario's limited jumping in Donkey Kong, but worse—and Donkey Kong came out in 1981! I played Spelunker about twenty times, but each time I lost two or even all three lives just trying to jump, without ever clearing the first stage. It's frustrating to get near the end after many attempts, only to die on a rope for the hundredth time.

Even if the controls were workable, Spelunker would be disappointing, as moving a man around a cave picking up coins and money bags and jumping over ditches and stalagmites is not much fun. The fact that there are only four levels, which then loop, means there's little to enjoy in this game. The only goal is to rack up a high score, and the frustrating controls all but guarantee you won't succeed.

The only way to see this game in a favorable light is to compare it pre-NES games (or to don some thick nostalgia glasses). The graphics on the NES version are superior to those from the Atari computer and C64 versions, but no one in 1987 was still impressed by an NES game just looking better than old computer games! Furthermore, the game uses tiny sprites that, in my view at least, lack the usual 8-bit charm of early NES games. Also, the background music repeats on an endless ten-second loop, making the game even less tolerable. The only NES game I've played that may be worse than Spelunker is Urban Champion, but at least that lets you play against a friend!

"Frustrating design intentionally and skillfully crafted to enrage players is what's on display here. The word for that is 'sadism.'"
— Karen Niemla, Ultimate Nintendo: Guide to the NES Library, 2.5/5

"Spelunker has a fairly negative reputation in the U.S., one that isn't really warranted. Like the best hard games, it can be punishingly difficult, but it's not unfair: it's merely a demanding taskmaster."
— Jeremy Parish, NES Works 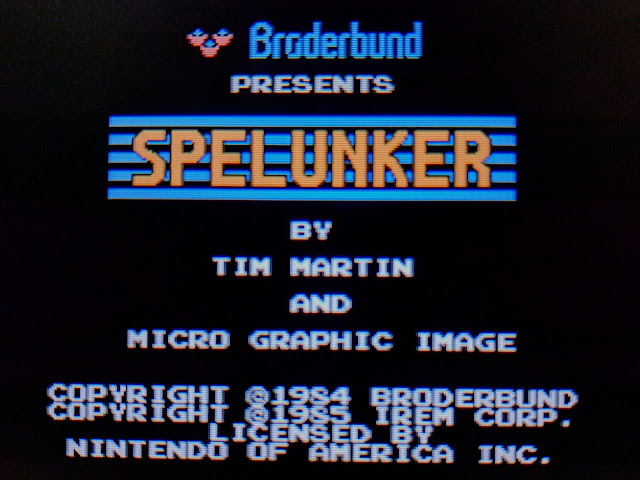