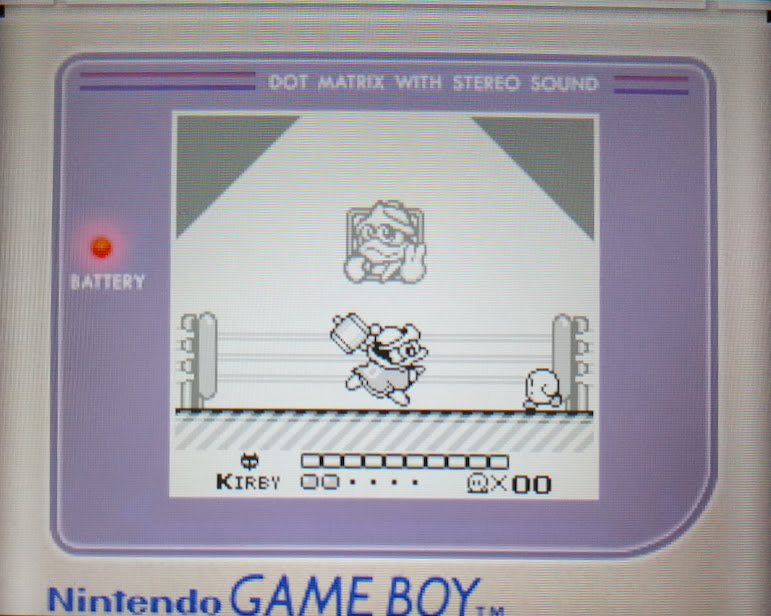 Kirby's Dream Land is a short, simple, well executed platformer. Its strengths are easy to identify: Kirby handles beautifully, with a robust flying ability and projectile attack. The levels are fun, interesting, and perfect for young children. And, importantly, Kirby and his world are adorable. Apparently his character design began as a placeholder, but it was so good they kept it! 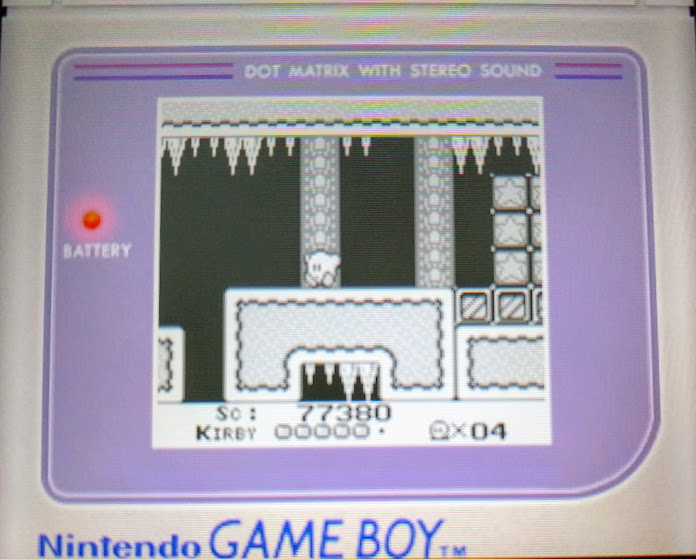 Kirby's Dream Land reminds me of Super Mario Bros. in that it flawlessly fuses form and function. Kirby's smooth and powerful controls complement the beginner level designs. In addition to the standard analog jump (the harder you press A, the farther he jumps), Kirby can inhale a puff of air by pressing ↑. This inflates Kirby, giving him the ability to float through the air freely, with the d-pad controlling him. If you press B, he exhales with such force that a blast of air is propelled forth, which will destroy any enemy on contact. Because of his ability to fly and shoot air, Kirby's Dream Land is not a challenging game (though beating it unlocks a hard mode). It's more like the video-game equivalent of candy, and the target audience of young gamers ate it up.

Kirby is known for inhaling enemies (press ↓, which also causes him to crouch). Naturally, these enemies are spat out at great velocity with the press of the B button. However, Kirby's most famous ability, copying inhaled enemy powers, is not present here. It was added for the NES game, Kirby's Adventure, a year later. This is by far the game's biggest drawback. It's unfair to judge a game for features added in its own sequels, but Kirby's mimicry is so crucial to the fun of the series that its absence is sorely felt. As a result, it's impossible to play Kirby's Dream Land today and not feel at least a little underwhelmed. 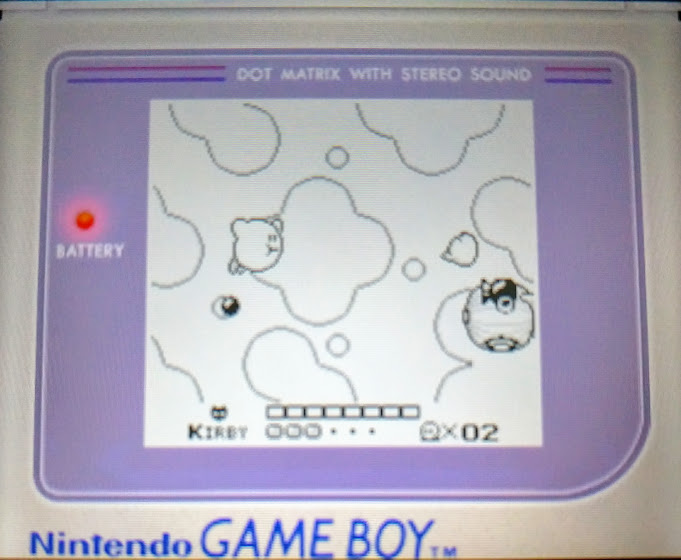 The feeling of disappointment is augmented by the fact that the game has only five stages. Don't get me wrong: each stage is great! Each has a different theme (grass, castle, floating islands, clouds, and mountain) and boss fight. My favorite is Kaboola, from the third stage. Here Kirby takes on a role like a fighter jet or space ship in a side-scrolling shoot-'em-up! But given how easy Kirby's Dream Land is, the entire experience from start to finish takes less than an hour. While that was understandable for a portable 8-bit game in 1992, it hurts its replayability in 2022, especially with the cornucopia of Kirby games on offer, including the fantastic Kirby and the Forgotten Land.

We all suffer the decrepitude of aging (ask me about my back pain), and that includes Kirby's Dream Land. I feel justified mentioning these shortcomings only because Kirby's Dream Land 2, also for the Game Boy, rectified them. My policy is to judge games against others on the same platform. By this standard the original Kirby's Dream Land is clearly inferior to its sequel.

Despite its limitations, Kirby's Dream Land is great. It's adorable, looks and sounds fantastic (for an 8-bit game), and offers easy fun for all ages! I recommend the game whole-heartedly.

This is the first Game Boy game I've reviewed. I look forward to doing more (such as Super Mario Land 2).