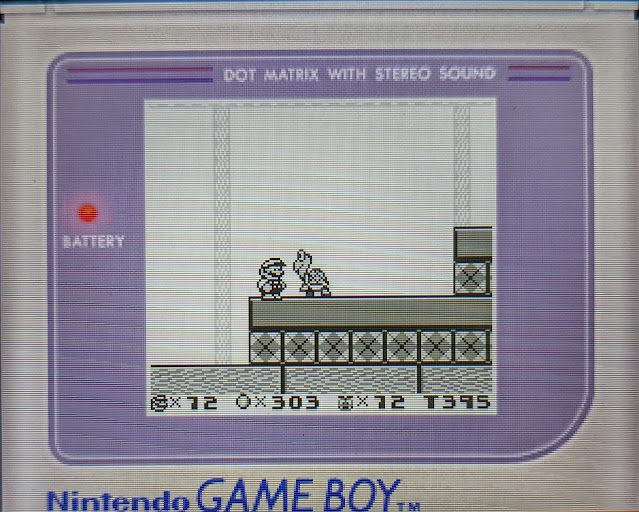 Three decades ago Super Mario Land 2: 6 Golden Coins brought the platforming brilliance of the Super Mario series to the handheld Nintendo Game Boy. Featuring 32 levels, it far surpassed Mario's first Game Boy outing. It also introduced the anti-hero Wario, who has locked Mario out of his mansion. To unlock it he must collect the eponymous Six Golden Coins.

The original Super Mario Land launched with the Game Boy in 1989. While that game succeeded in letting you play Super Mario on the go, it fell short of the series' high standards. The sprites were tiny and hard to see, especially when they were moving (due to the Game Boy's motion blur). The strange enemies and Egyptian setting made it feel like it was from another series entirely. And the game was too short with just twelve levels.

Nintendo fixed all these problems with the sequel. The sprites are big, and the game has 32 levels—the same number as the original Super Mario Bros. This game feels more Mario-ish, though some strange elements remain. A few unusual enemies like frogs and insects appear alongside Goombas, Cheep Cheeps, and Koopa Troopas, while Buzzie Beetles, Spinies, Bloopers, and Hammer Bros. are nowhere to be seen. A couple changes are required by the Game Boy's monochrome screen. 1-up Mushrooms were replaced by 1-up hearts, since 1-up Mushrooms would look identical to Super Mushrooms, and the Fire Flower gives Mario a little feather on his head in lieu of his clothes changing color. Also—and this change really puzzles me—collecting 100 coins does not award an extra life. Instead, Mario may spend up to 999 of them playing a giant slot machine, which may then award him several extra lives. 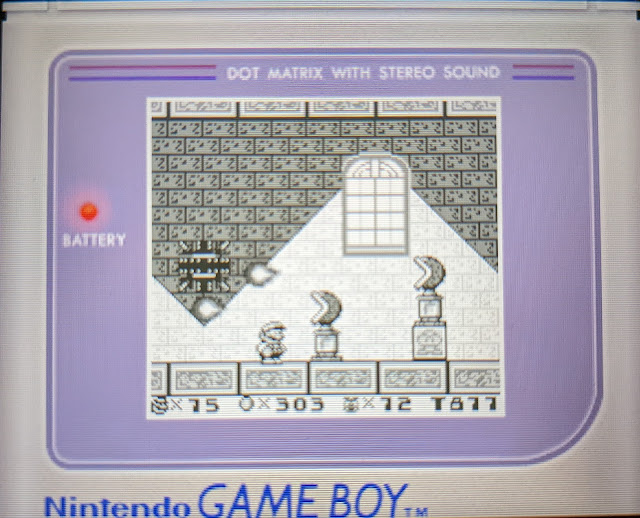 My only other complaint is that Mario and enemies are a bit floaty when they jump and fall. It's not a big deal, but Mario controls so well in the NES games that even a slight perfection as this is noticeable. I wonder if it's related to the limitations of the Game Boy.

Quibbles aside, Super Mario Land 2 is an excellent game, one of the best for the Game Boy and worthy of the Super Mario moniker. The level designs are solid and fun. You'll encounter the usual ? blocks, traversable pipes, moving platforms, breakable blocks, pits, and other elements you know and love from the main series, all in the palm of your hand. Mario can even do the spin jump from Super Mario World by pressing ↓ while in the air. At the end of each level, ringing a bell positioned high above the exit door lets Mario play a claw game afterward, in which he may win a power-up or extra lives.

The game also features a unique power-up: a carrot that gives Mario's hat Bunny Ears. These enable Mario to flutter through the air by repeatedly pressing A. It's a lot of fun to fly around, and as a result you will hardly ever want to pick up Fire Flowers. The one exception is some areas that contain blocks that can be destroyed only by fireballs. 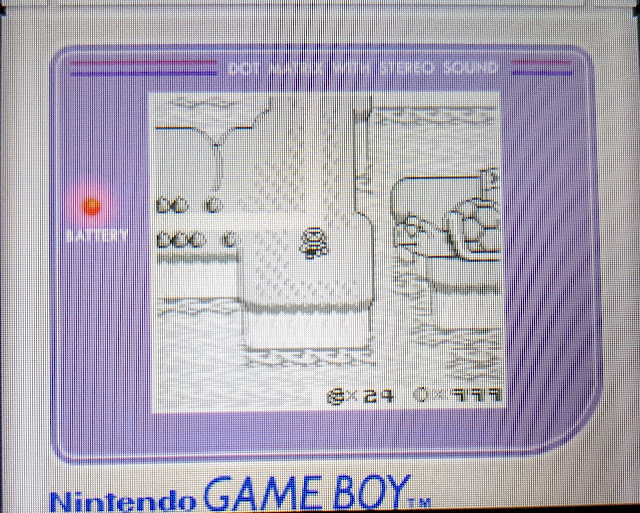 The game's 32 levels are spread across six worlds (called "Zones"): Tree, Space, Macro, Pumpkin, Mario, and Turtle. Each world has a unique boss (such as a bird in Tree Zone), which must be stomped on three times to retrieve its Golden Coin. Levels are accessed via a world map like that from Super Mario World, albeit simpler. Some hidden stages are visible on the map. Finding the secret exits to these stages extends the life of the game. Unfortunately, the map doesn't indicate which levels contain the secret exits, so you may have to do some searching or consult a guide.

Like all Super Mario games, the gameplay is addictive fun. When I sat down to play it for the first time since childhood, I couldn't put it down until I made it to Wario's mansion! I wanted to beat it in one sitting, but the last level is much harder than any other. To make matters worse, whenever you die, you have to start it over from the beginning. The sudden spike in difficulty at the end of an easy game is unfortunate. That said, once you get to him, the showdown with Wario is fair and fun. Who is Wario, anyway—Mario's evil twin brother? 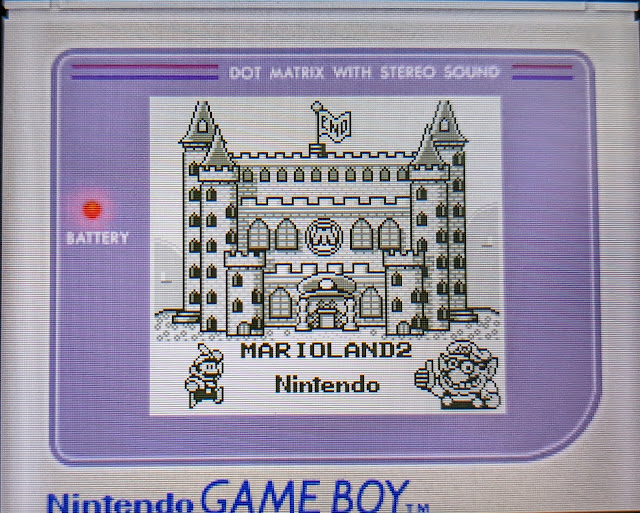 Fine graphics, a great soundtrack (though not as memorable as the NES ones), smooth gameplay, the Bunny Ears power-up, and 32 well designed stages spread across six worlds combine to make Super Mario Land 2: 6 Golden Coins a certified Nintendo classic. While it cannot live up to its NES and SNES brethren due to the limitations of the portable system, I can attest that it in the early 90's it was one of the best options for a long car ride! And it's still a worthy diversion today.

Linked Review
"One of the best Game Boy titles ever released and a testament to just how capable a game system the Game Boy truly was."
— Corbie Dillard, Nintendo Life, 9/10