Super Xevious: The Mystery of GAMP: Can you solve it? 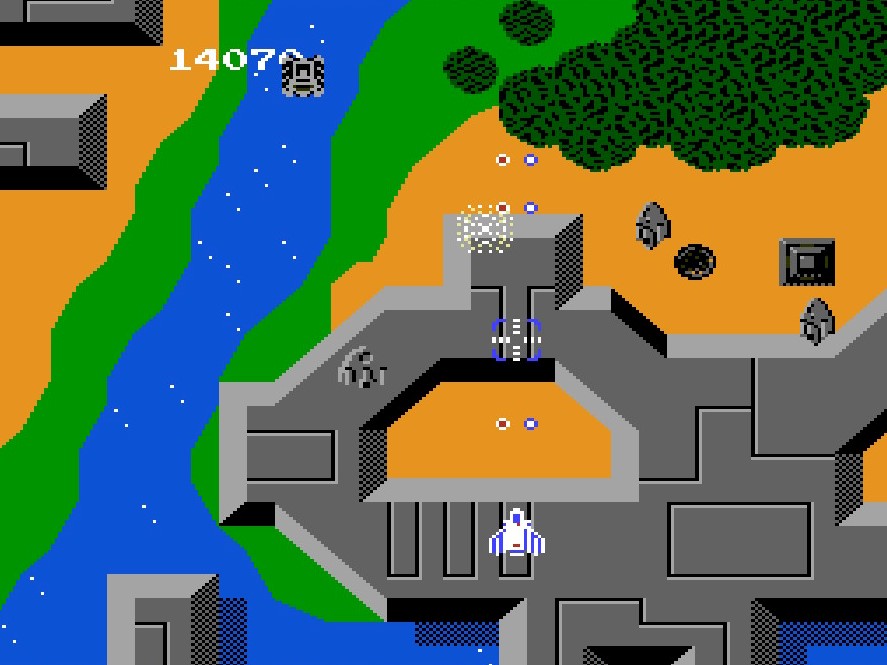 The 1984 arcade game Super Xevious received a Famicom-exclusive spin-off of the same name but with the sub-title "Ganpu no Nazo," which translates to "The Mystery of GAMP." GAMP is an acronym for General Artificial Matrix Producer, the final boss of Xevious and Super Xevious.
GAMP's "mystery" (or puzzle) refers to how each level requires the completion of a hidden objective to proceed. The level keeps looping until you do it. The first level, for example, requires you to fly your ship (the Solvalou) into a random cloud. The second level requires you to rescue another ship (called Phantom). None of the objectives are off-the-wall, and several are just destroying all the ground targets.
As in Xevious, you shoot your gun with B and lob bombs at ground targets with A. The actual shooting part of the game is not too difficult. The enemies never overwhelm you, and there are rarely too many bullets to dodge. That's not to say that the game is easy. I haven't yet passed the eighth stage, which requires you to navigate the Solvalou through two narrow tunnels while seeking a certain item—and your gun is inoperable, so you can only bomb. Every 50,000 points you get another life, which helps. 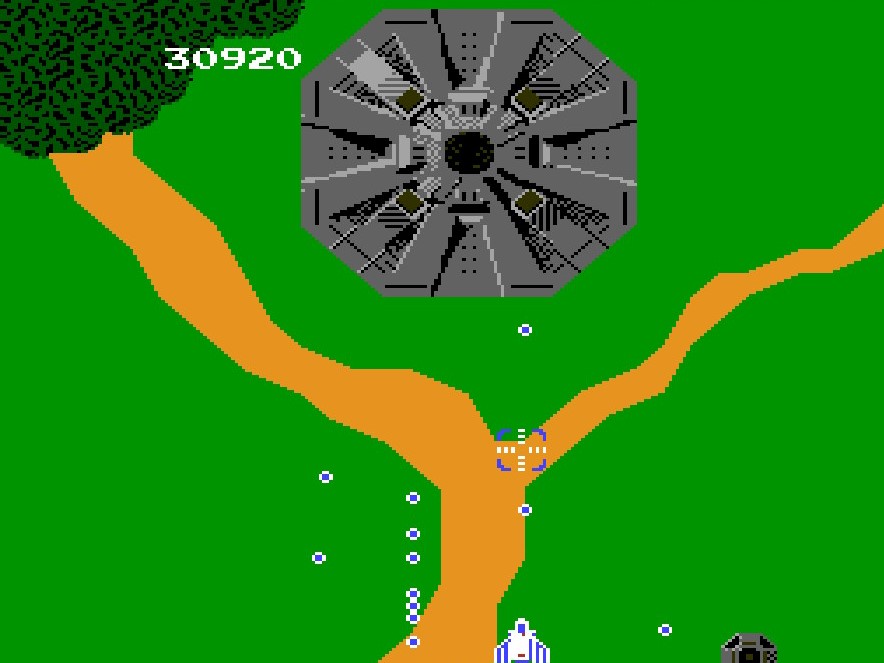 The game only has three main power-ups. On certain stages the Phantom appears and launches three colored balls. The black one gives you a shield that can absorb a single shot, the yellow one quadruples the size of your bomb blasts, and the blue one bestows a rear-facing gun. Having played TwinBee, I found these abilities a little underwhelming, especially given how rarely they show up.
There are twenty-one stages with a final boss and ending. In a nod to its arcade origin, you can loop the game twice on harder settings to rack up a higher score. Weirdly, the game contains a secret password system, accessed via a certain sequence of button presses. Passwords can be discovered by pressing START at the beginning of some stages. A lot of early games were miserly about continuing. Sometimes they would hide continuing behind a special item (e.g, the Hudson Bee in Adventure Island) or require special button inputs (like holding A in Super Mario Bros.). Hiding the passwords this deeply is annoying but fits with the game's "mystery" theme!
Personally, I wasn't enthralled by the concept of hidden objectives, and consulted a strategy guide. They reminded me of The Tower of Druaga, and that's not a good thing. I might have liked it better if the level gave you a hint to help you figure it out. Also, the background "music" is an annoying pulsing rhythm that repeats continuously. Whose idea was that?
The Mystery of GAMP deserves credit for doing something different with the shooter genre. Super Xevious was just a slightly enhanced version of Xevious, which was already on Famicom (and later on NES), so a straight port would have been a bit redundant. Instead, Namco created this unique variant! Unfortunately, the end result is probably less fun than Xevious.
Grade: B-
Gameplay: Fun, but perhaps not for everyone (16/20)
Theme: Interesting concept and characters, if a bit generic (16/20)
Controls: Controls are smooth and let you do what you want (15/15)
Difficulty: Goldilocks: not too hard, not too easy (15/15)
Graphics: Beautiful, well designed graphics (15/15)
Sound: Better on mute! (5/12) 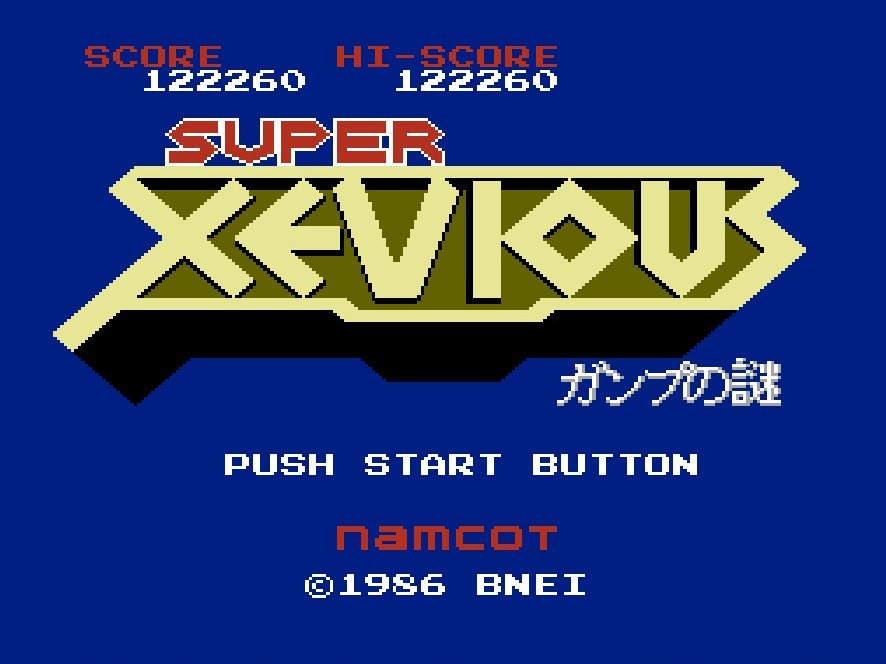