NES Volleyball: Is this the worst NES sports game? 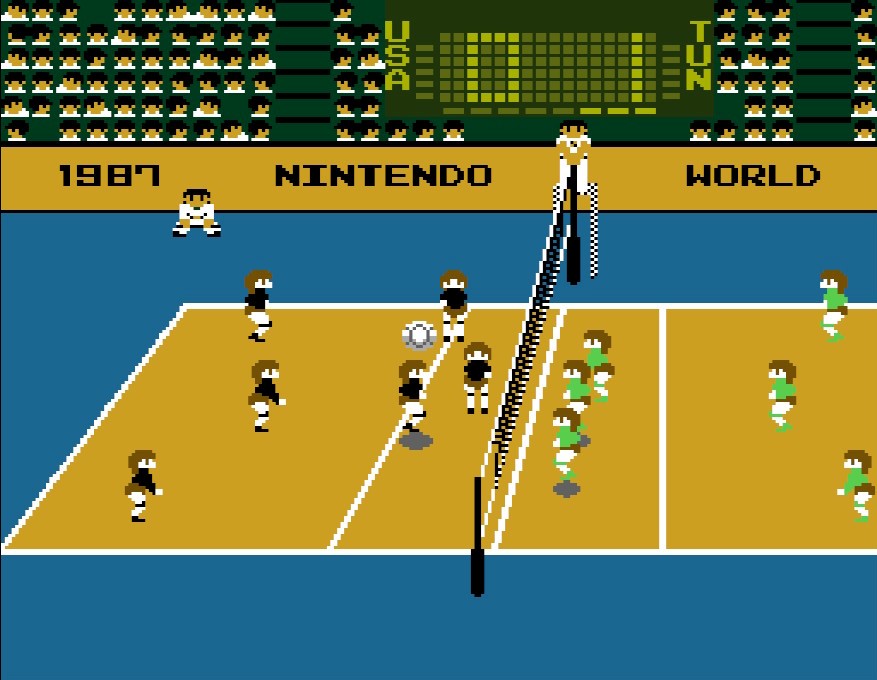 Volleyball, Pro Wrestling, and Slalom constituted the second wave of games for the NES's sports series, which launched with 10-Yard Fight, Soccer, Tennis, Baseball, and Golf. These games were popular in the early days of the NES, but they don't hold up today, and Volleyball is no exception.

As in those other games, the players are small, identical sprites. You can choose from several different teams, as well as men or women. I'm not sure if these changes are merely graphical, or if the different teams and genders have different difficulty levels. Different sources give conflicting information. It could be tested, but honestly the game isn't worth it, and it doesn't matter. This is in large part because the controls are bad. At any given time you control two or three players that move together. There's no easy way to tell who they are, which caused me frequent confusion and missed balls. This is the game's greatest flaw.

Gameplay is straightforward. When the ball comes to your side, you move a player underneath it, then hit A to bump (pass) or set the ball or hit B to spike it. Once you set or bump the ball, you need to move a second player into position to either set it again or spike it. Bumping and setting the ball is easy, as you just follow the ball's shadow, but spiking is frustratingly difficult.

Spiking involves jumping, so you need to move quickly enough for the player to have time to jump up before the ball lands and also get the timing right so that they reach the height of their jump at the right moment. I missed about 90% of the spikes I tried. If you don't spike, the third press of A just hits the ball gently over the net, and the computer will rarely fail to return it. Even when you spike it, the computer still saves it sometimes.

You play best of three, fifteen points per game. In volleyball you only score when serving, so if your opponent fails to return the ball while you are receiving, service passes to you, but you don't score a point. Depending how good you are, a match will take around ten to twenty minutes. During that time, you'll listen to the same annoying ditty play continuously. 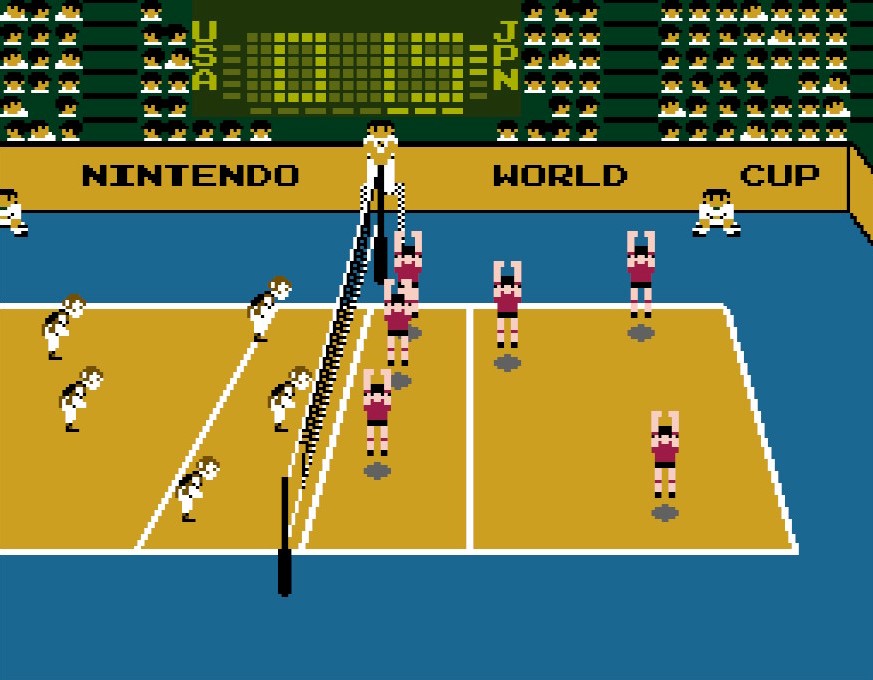 I played a few matches in the belief I would eventually figure out the controls well enough to win, but I didn't even get close. There's almost no enjoyment to be had moving the little guys around, bouncing (or failing to bounce) the ball back and forth, so it seemed like a waste of time to continue. I assume that, once you master spiking the ball, you can beat the computer. No doubt the game is more fun against a second player, but that's not going to change how primitive and limited it is.

Like all the sports titles, this game was a hit in the mid-80's. Sports are very popular and these games made a reasonable approximation of them. But once more sophisticated sports games appeared on the NES, these early games were left in the dust. You'd certainly be better off playing Super Spike V'Ball, for example, if you really want some 8-bit volleyball action. 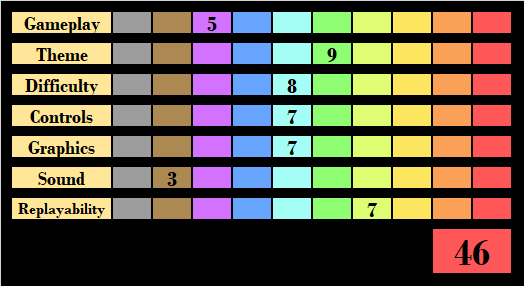 Grade: F
Linked Reviews
"With its unattractive aesthetic, boring gameplay and frustrating mechanics, it’s very apparent that Volleyball has not aged well at all, if it was ever any good to begin with."
— Ron DelVillano, Nintendo Life, 2/10

"I would venture to say that Volleyball was the most accurate Nintendo published sports title in capturing the gameplay spirit up to that point in time."
— Pat Contri, Ultimate Nintendo: Guide to the NES Library, 3/5

"It doesn't do anything to set itself apart, and it has no particular place of importance in the NES catalog."
— Jeremy Parish, NES Works 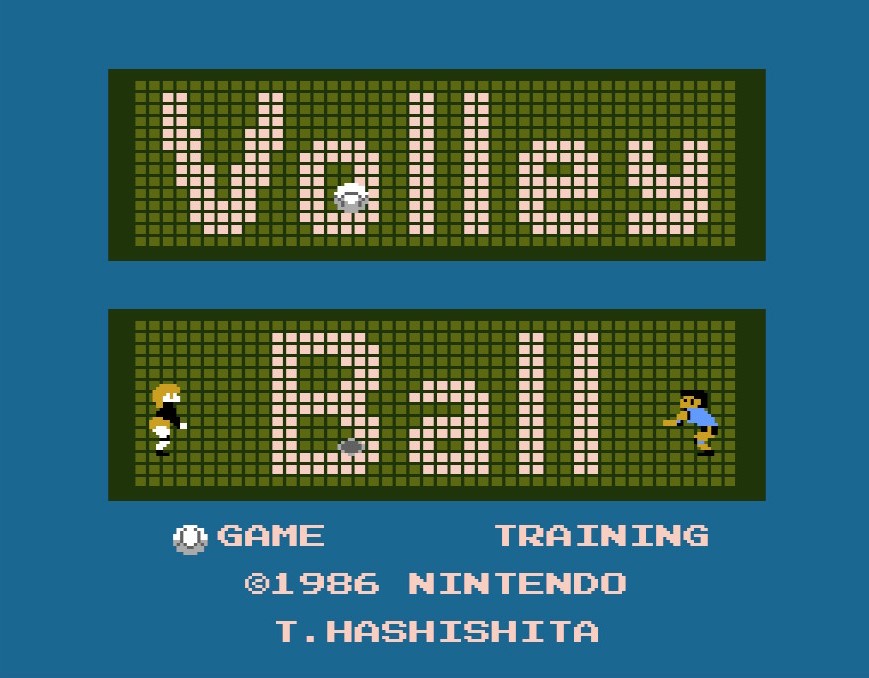